I booked us a little city break to Budapest for Dems Christmas prezzie and boy what a city it turned out to be! Budapest surprised us so much. We’d heard it was nice but nothing prepared us for how beautiful it would be, and how much there was to do!

We booked an Airbnb in the heart of the city which was a dream – yes I know, when you’re on a city break you end up spending no time in the apartment. But it’s always nice to come back to somewhere pretty right? I managed to book somewhere with an Xbox and Kinect because A. I’m a great fiancé, and B… hello unlimited getting ready time.

The hosts were also a total dream, so basically if you want a gorg apartment right in the centre of town, go book this one.

Taxify – the Hungarian version of Uber

We arrived at our apartment at lunchtime on Saturday after hopping in a taxi from the airport. If you need a taxi, download Taxify (Hungary’s version of Uber) this is the safest and cheapest taxi option.

We headed straight for St Stephens Basilica (only 9 min walk from our apartment). Which allowed me to whip out my newly purchased tripod, much to the embarrassment and horror of Dem. We also managed to grab a mulled wine each for £1.50 – which is ridiculous as you’d easily pay £5 a glass back in London. 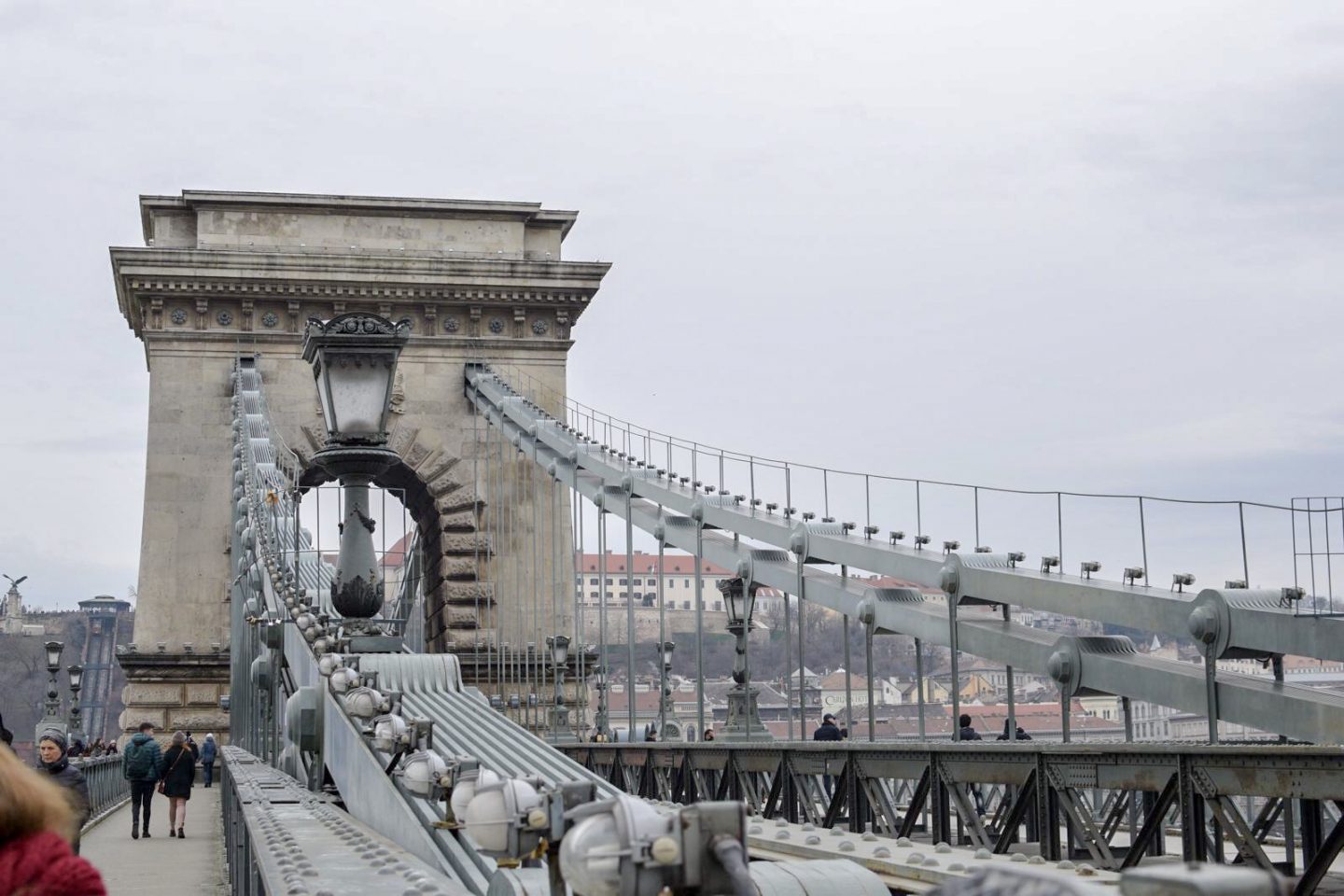 Buda Castle was next on the hit list. We reached the Castle by crossing the Szechenyi chain bridge from Pest over to Buda and took the funicular all the way to the top for €4 each. Here we were greeted with the most beautiful pinky peach skies and views across Budapest, including a great spot for photos of the parliament buildings.

Tip: I’d definitely recommend visiting later in the day to make the most of the sunset views! 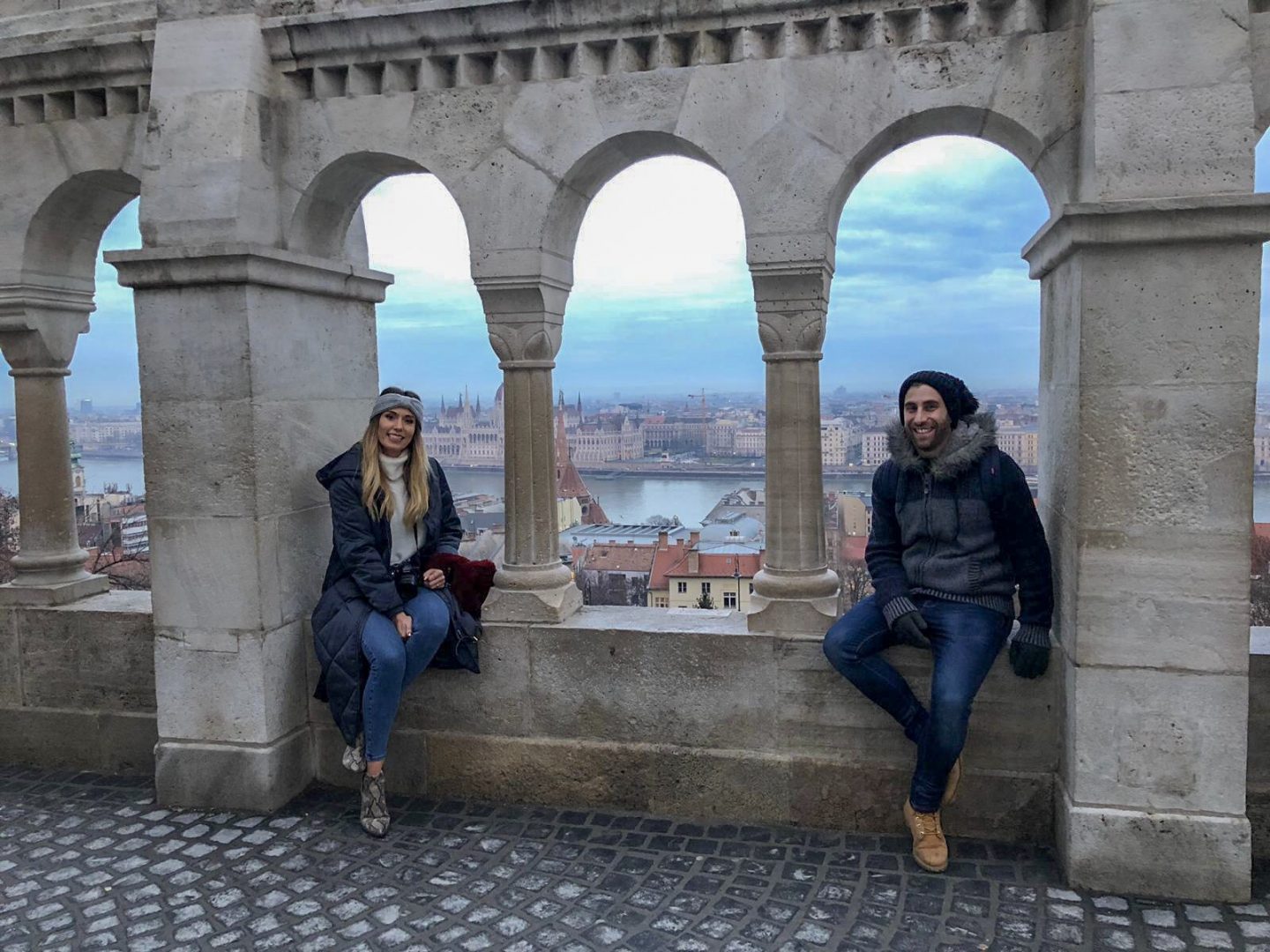 This was somewhere we discovered by accident and it turned out to be one of our favourites! Prepare for panoramic views and beautiful architecture. The castle was rebuilt after being attacked in the 1980s and now feels a lot like a princess castle. With its Turrets, arches and a jager bar at the very top – I was fully ready to swap casa del Peckham for this princess palace.

Tip: Another place to visit just before sunset – make sure you go to the very top for a photo of Budapest through one of the many arches. 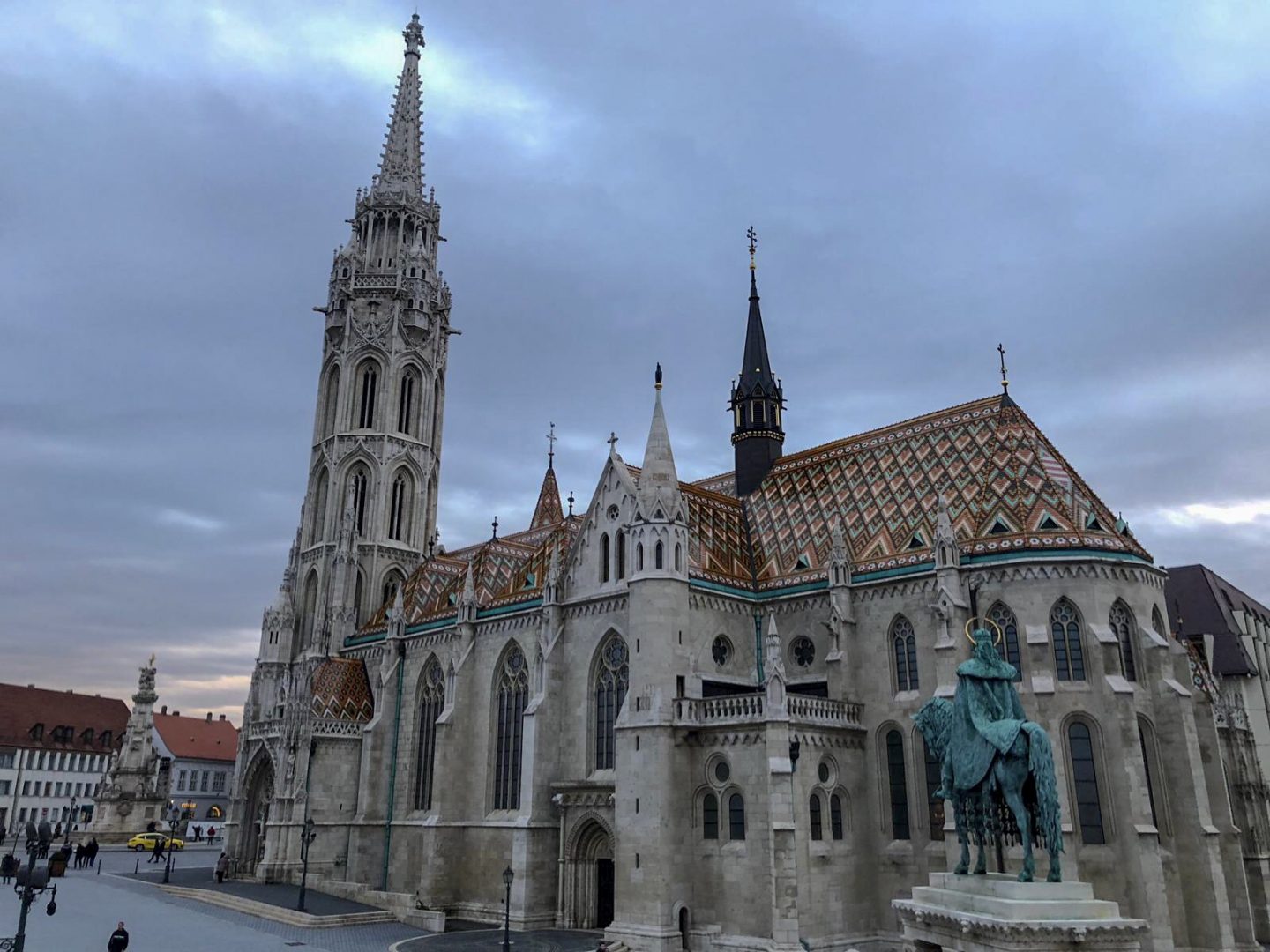 We were supposed to visit the 360 bar in the evening but due to a shed load of rain, decided to give it a miss and try the next day. Luckily the following day gave us blue skies and we arrived just as the bar opened so it wasn’t too busy, enabling us to scoop an igloo to ourselves and get plenty of pics for the gram. Much to Dem’s delight.

The igloos are only up in the wintertime and they are SO toasty – yes they’re gimmicky and you’re effectively sat in a plastic tent on a roof, but I loved them. Must see! 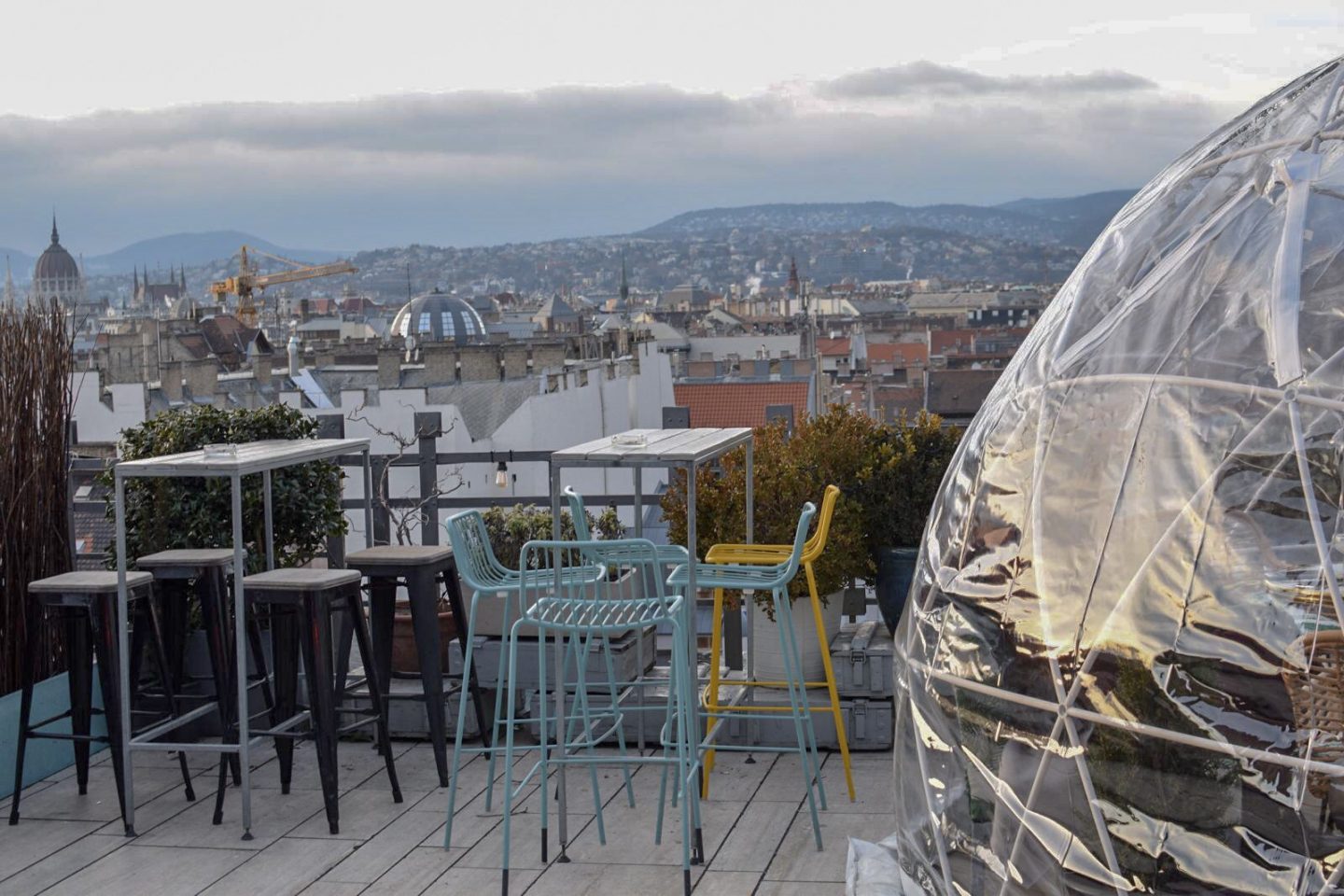 I don’t know what it is about being in a new city but I always end up walking a ridiculous amount. We actually managed to walk over 50k over the three days, and I did it in heels because I’m a weirdo. And that’s with it pouring with rain on one of the days. I think Dem was secretly happy about the rain so he got to give his feet a break! The day we were due to leave, I walked us for about an hour to get to a shop called Macaron Heaven, but just look at their little faces, how could you resist? 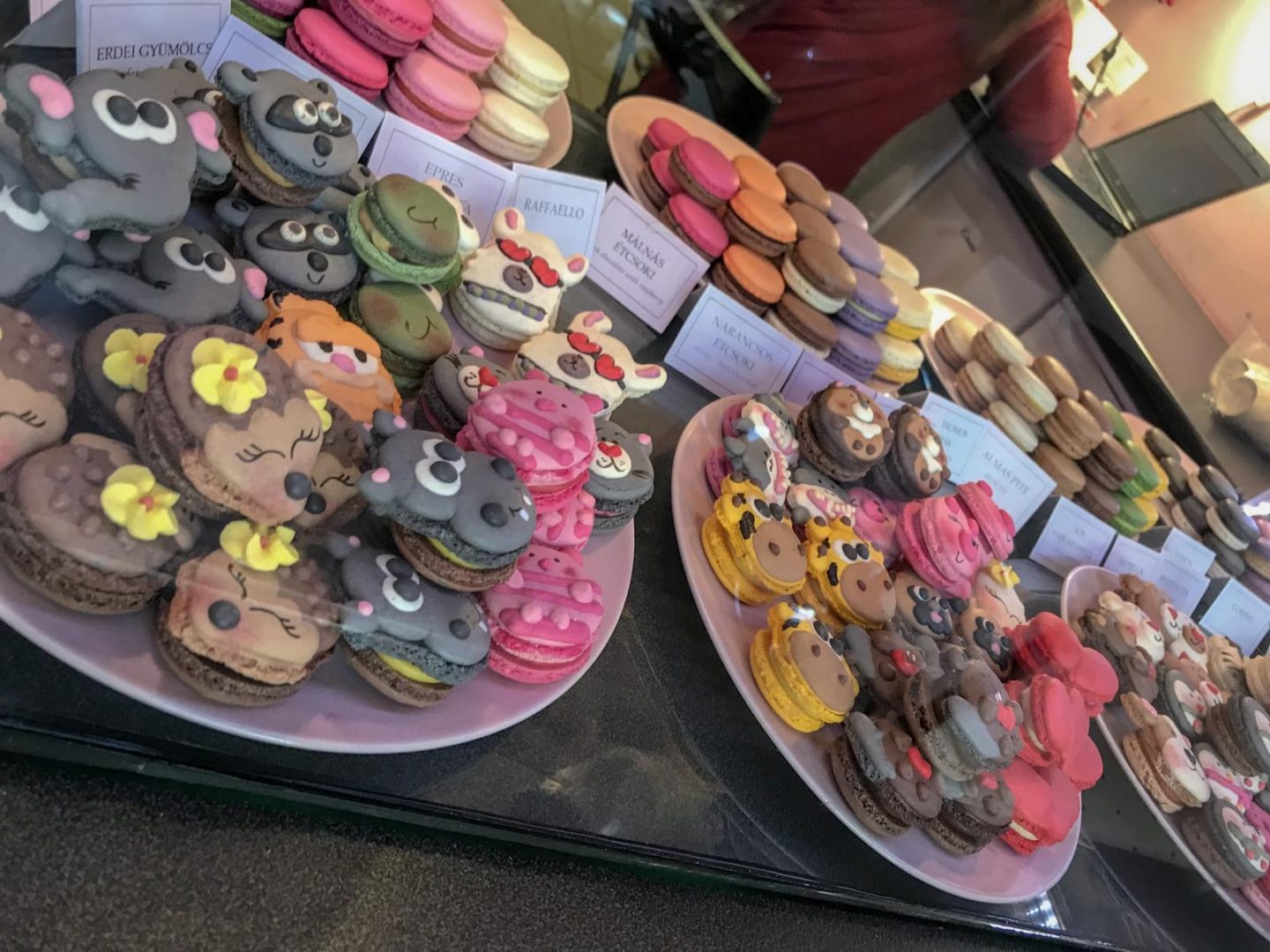 Ok, I need to talk to you about Szimpla Kert – think Dinerama or Peckham Levels, but cooler, and without the food. This place is all about the DRANKS. Szimpla Kert is a selection of bars complete with graffiti walls, neon lights, wine bars, craft beer and there’s even a bar dedicated to Shisha! The music is cool and the decor is even cooler, I felt cool for just being there, to be honest.

Tip: Do visit when you’re in Budapest, maybe avoid the Hungarian tequila though as this could end in a kerbside kebab you don’t exactly remember eating. Speaking hypothetically of course.

The Szechenyi Thermal bath is one for the absolutely MUST visit list. As we visited in Feb, it was a casual 9 degrees outside but in the Spa, it was 40 degrees and lovely and warm. We got there at 10 am to miss the lunchtime rush and spent a good few hours relaxing to the max. Make sure you walk to the left out of the main doors, past the swimming pool and try out the lazy river if you’re a big kid like moi, you’ll enjoy it.

Tip: Do bring your own towel/flip flops as they’re expensive to rent and the woman on the desk is rude AF. Don’t bother with the indoor part to the spa, it wasn’t as warm and smelt a bit eggy – so best to stay outside! Also look out for the Sparty’s (spa parties) in summer months. 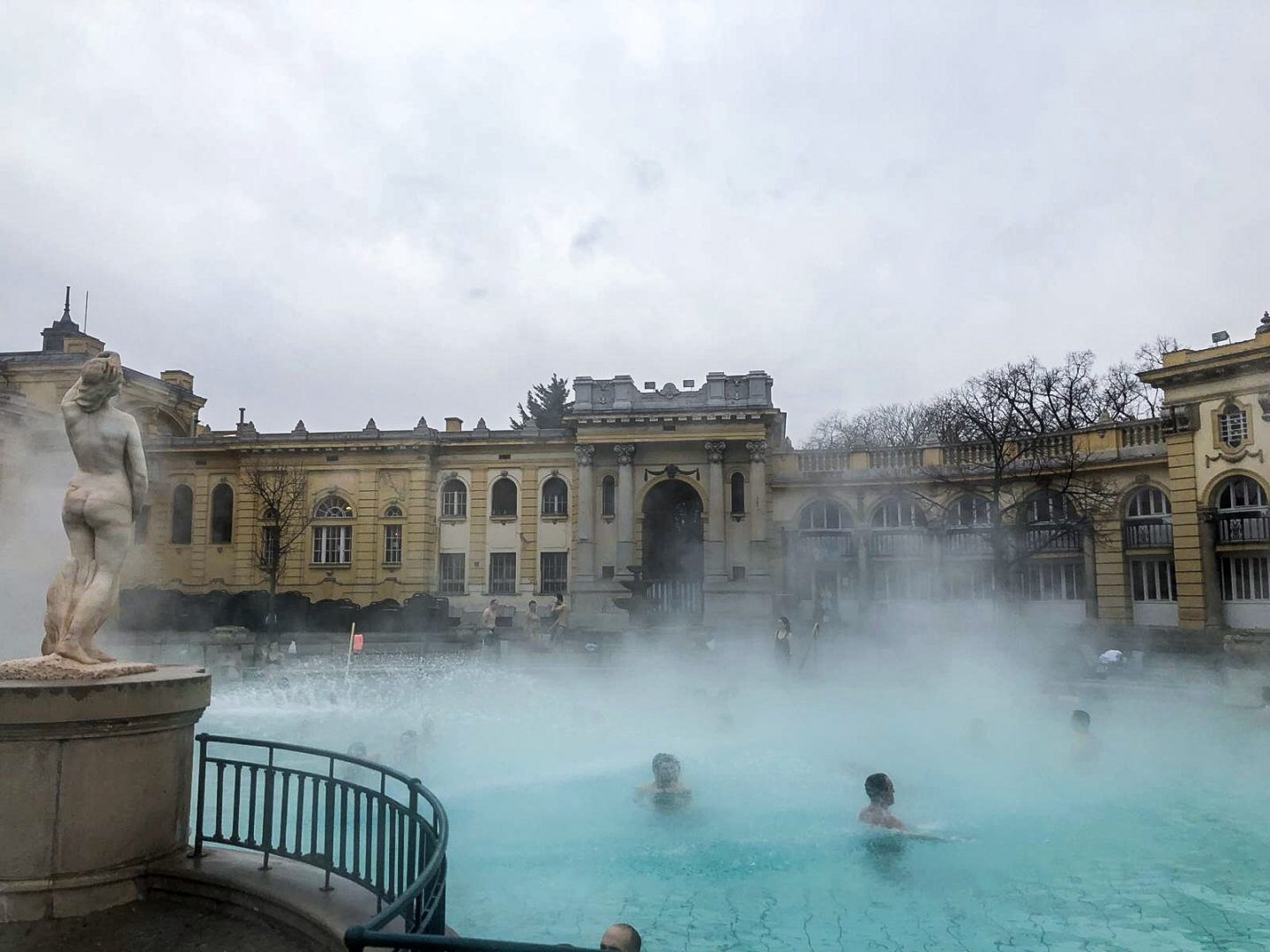 After a small taxi mishap (where Dem accidentally gave the address of a pub in Romania) we arrived at the correct For Sale pub – in Hungary funny enough. We ordered the goulash and two beers which came to a grand total of £10! The ceiling and walls are covered in notes written by previous travellers, so you can sit and enjoy your food and take in the sheer number of nationalities that have sat and enjoyed the food in this little pub. The staff aren’t the most friendly but the food more than makes up for it.

Tip: Book a table to save you having to queue, oh and order the goulash to share between two, it’s HUGE! I promise you won’t leave hungry (pun intended).

If like us, you have to check out early and are wondering what to do with your luggage, Lions Locker is your best bet. It costs €1 an hour per piece of luggage – but you won’t be charged more than €5 for the entire day. You can grab food there and the staff are lovely and chatty. We also met another friendly couple there whom we shared a taxi to the airport with – which saved us ££.

Tip: If you book via their website you can get 10% off your brekkie. 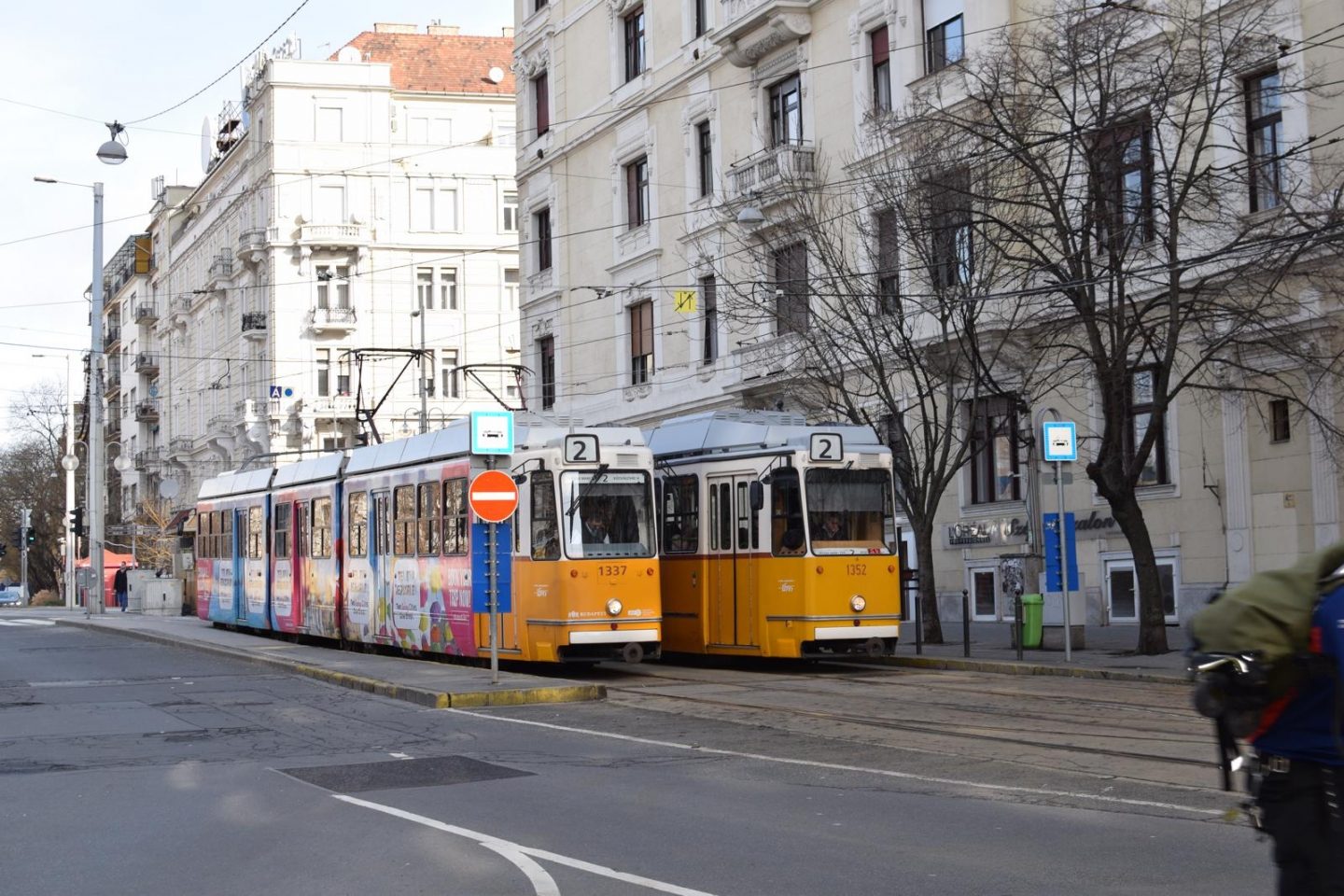 A couple of foodie places to visit

You will not go hungry in Budapest – I can’t remember another trip where I ate so much, to be honest. One place to try is Langos Papa  (Langos is a traditional Hungarian fried bread, which tastes a lot like doughnuts, and then smothered in cheese). Come hungry and don’t overorder or you will be in bed in a carb coma at 10 pm much like us on evening one.

Another place to visit is Central Market Hall where you can pick up gifts for family and friends and grab a bite to eat upstairs. Again, arrive hungry and only order one meal to share (the burger was bigger than my head) slightly more expensive than other places we visited – €20 for a meal and two drinks, but delicious all the same.

Itinerary for two nights in Budapest

Below is our itinerary for the three days and two nights we spent in Budapest – we chose to do certain things on certain days based on their proximity to each other. Popping each stop into Google maps and following a route each day saved us SO much time!

I would love to know if you found this city guide useful or if there was something you particularly loved in Budapest that I didn’t mention? Let me know in the comments x 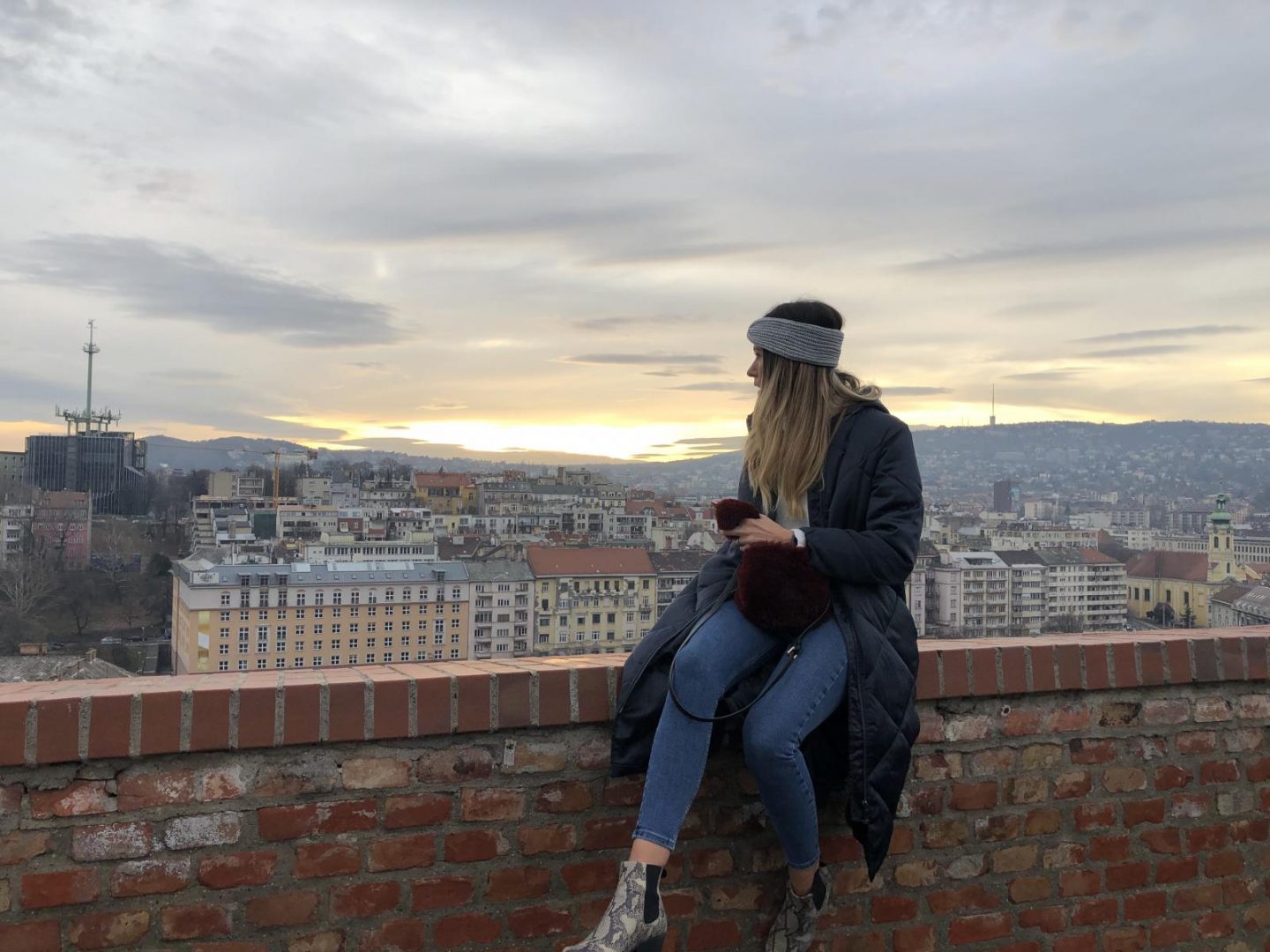 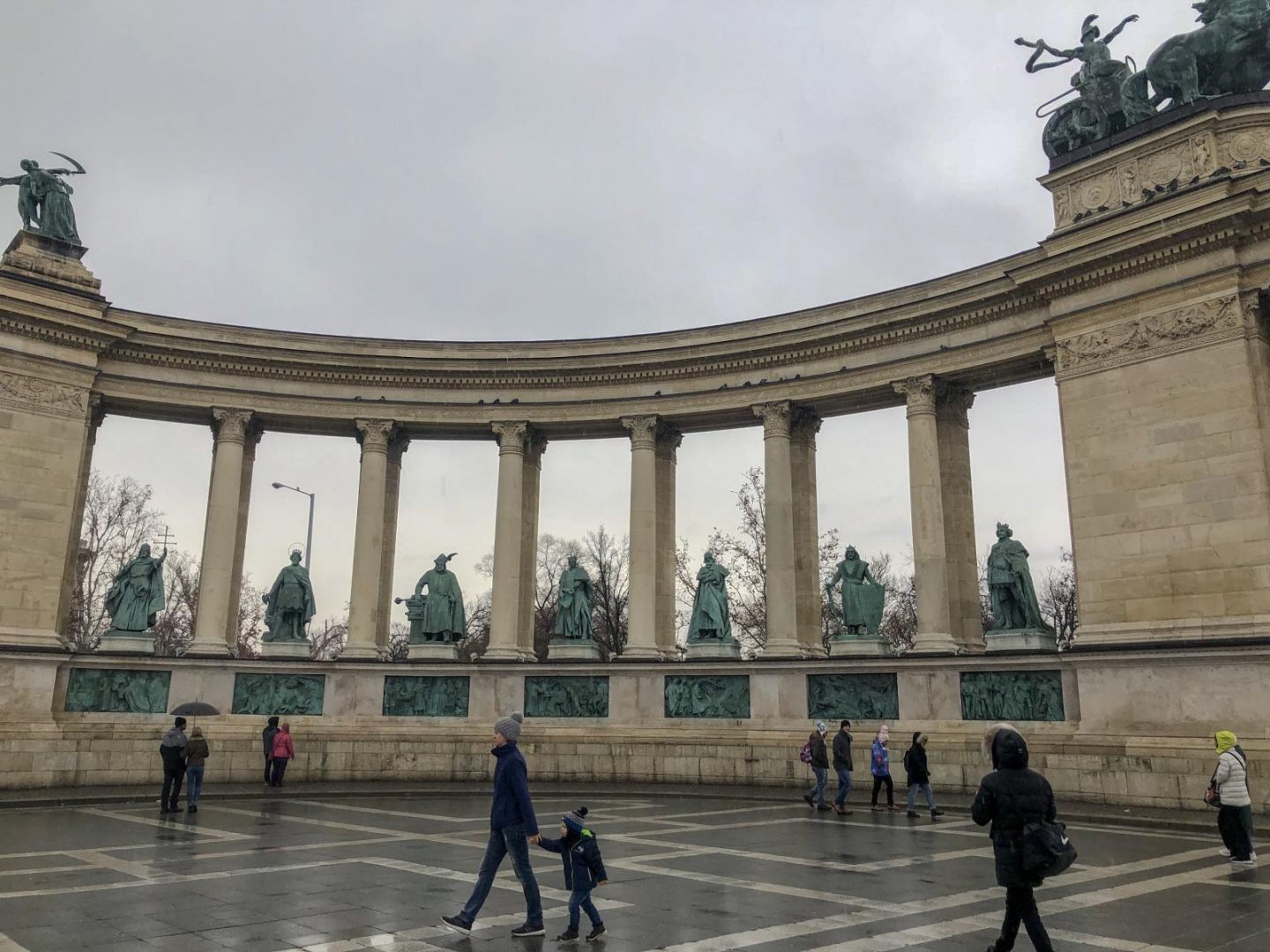