When an invite to afternoon tea with Whittards landed in my inbox I was pumped. Name me something better than tea cake and catch ups? I’ll wait…

I’ve been brought up in a household where tea solves most of life’s problems. Lost your job? Have a cup of tea. Boyfriend dumped you? Tea. So much to do but don’t know where to start?  Stick that kettle on. 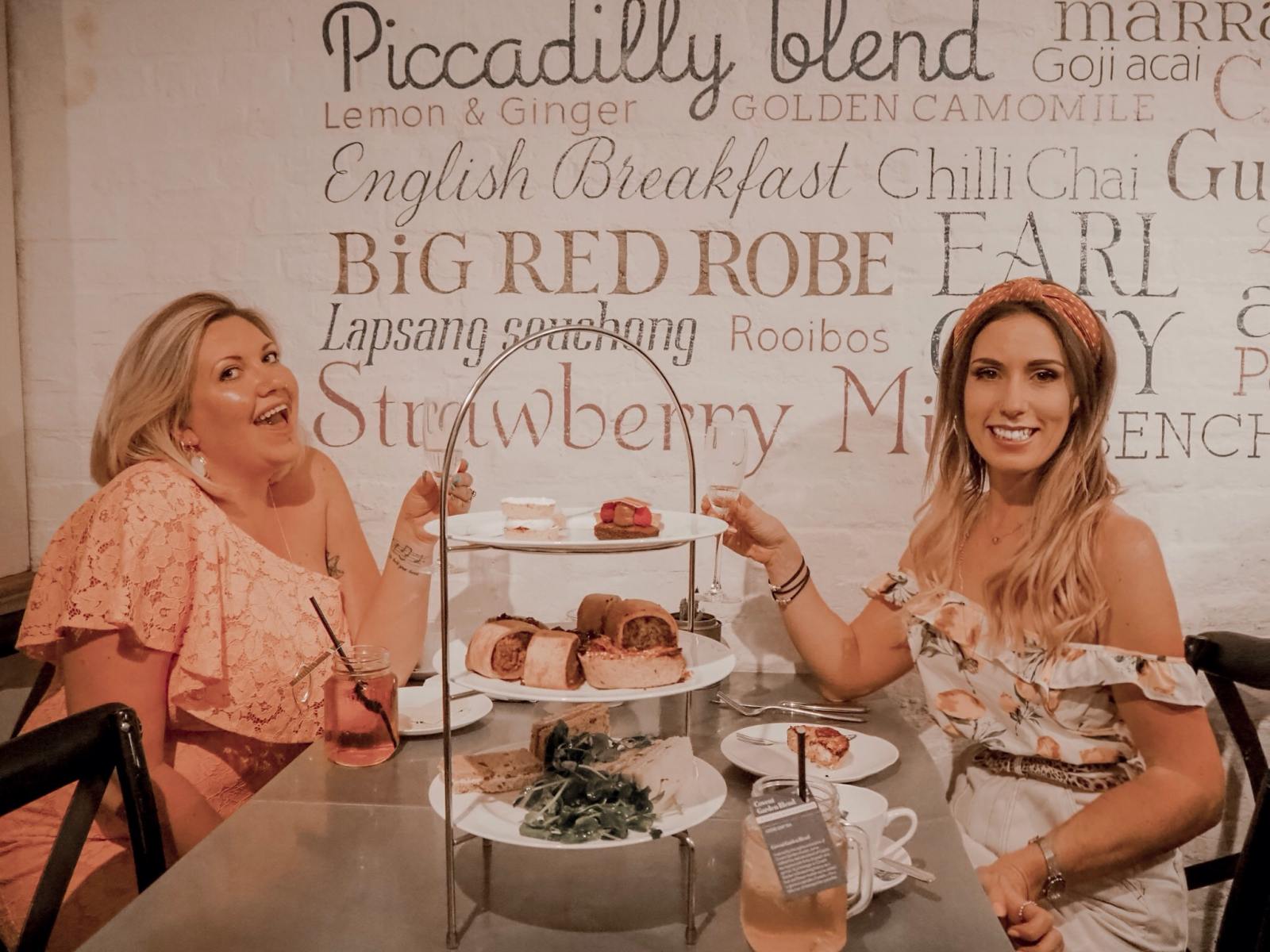 Being given the opportunity to catch up with my bestie, drink tea and carb load is pretty much the perfect Saturday in my eyes. And the Whittards afternoon tea certainly didn’t disappoint! 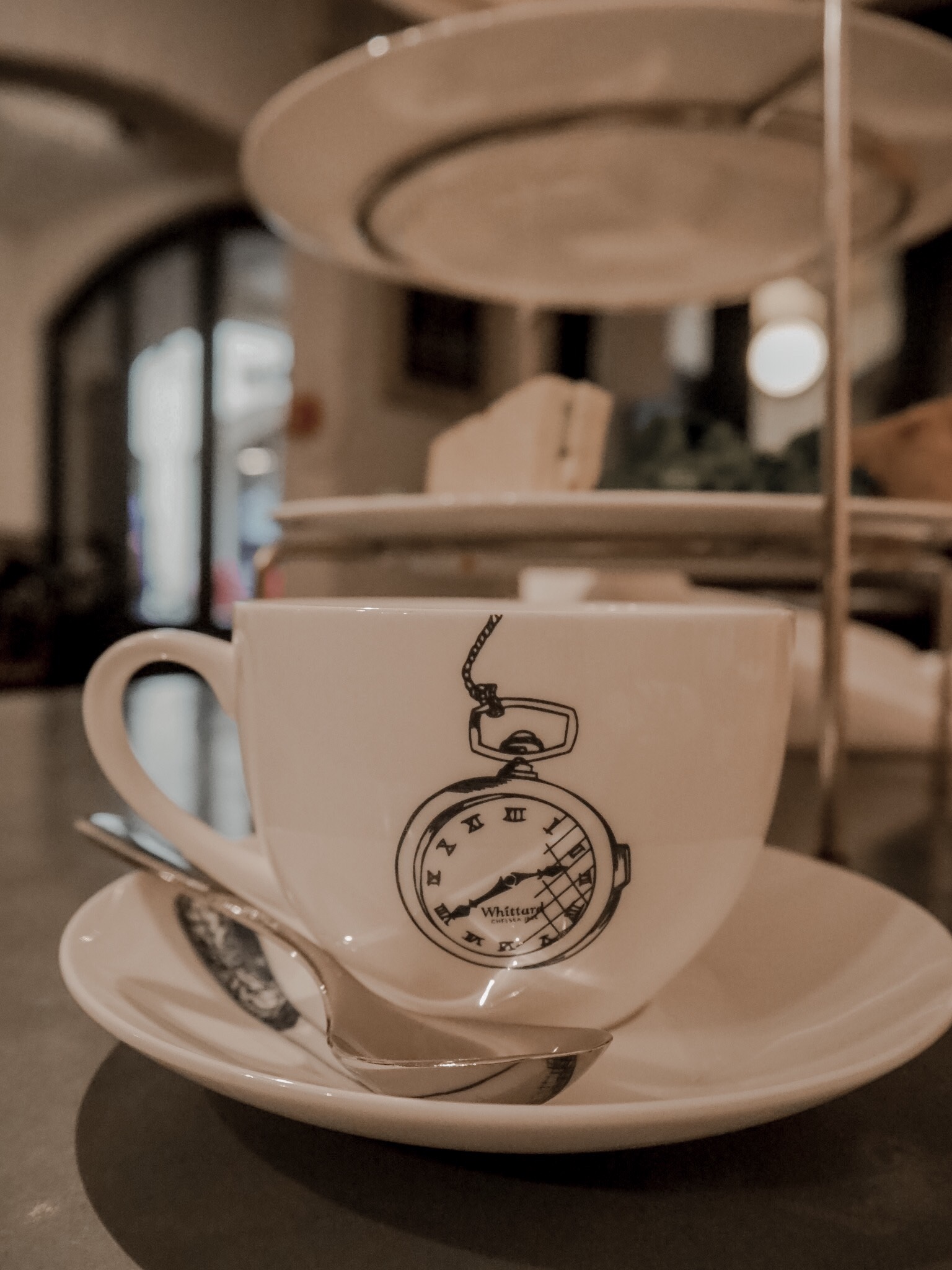 Afternoon tea with Whittards: The venue

Whittards tea bar in Covent Garden is in the central piazza on the lower ground of the marketplace, beside the Punch and Judy pub, which I’ve spent far too many sunny afternoons. For those not familiar with Covent Garden, CG is a great place to visit to spend the afternoon watching the street performers, shopping and there are also a whole heap of Instagram friendly photo opps too! 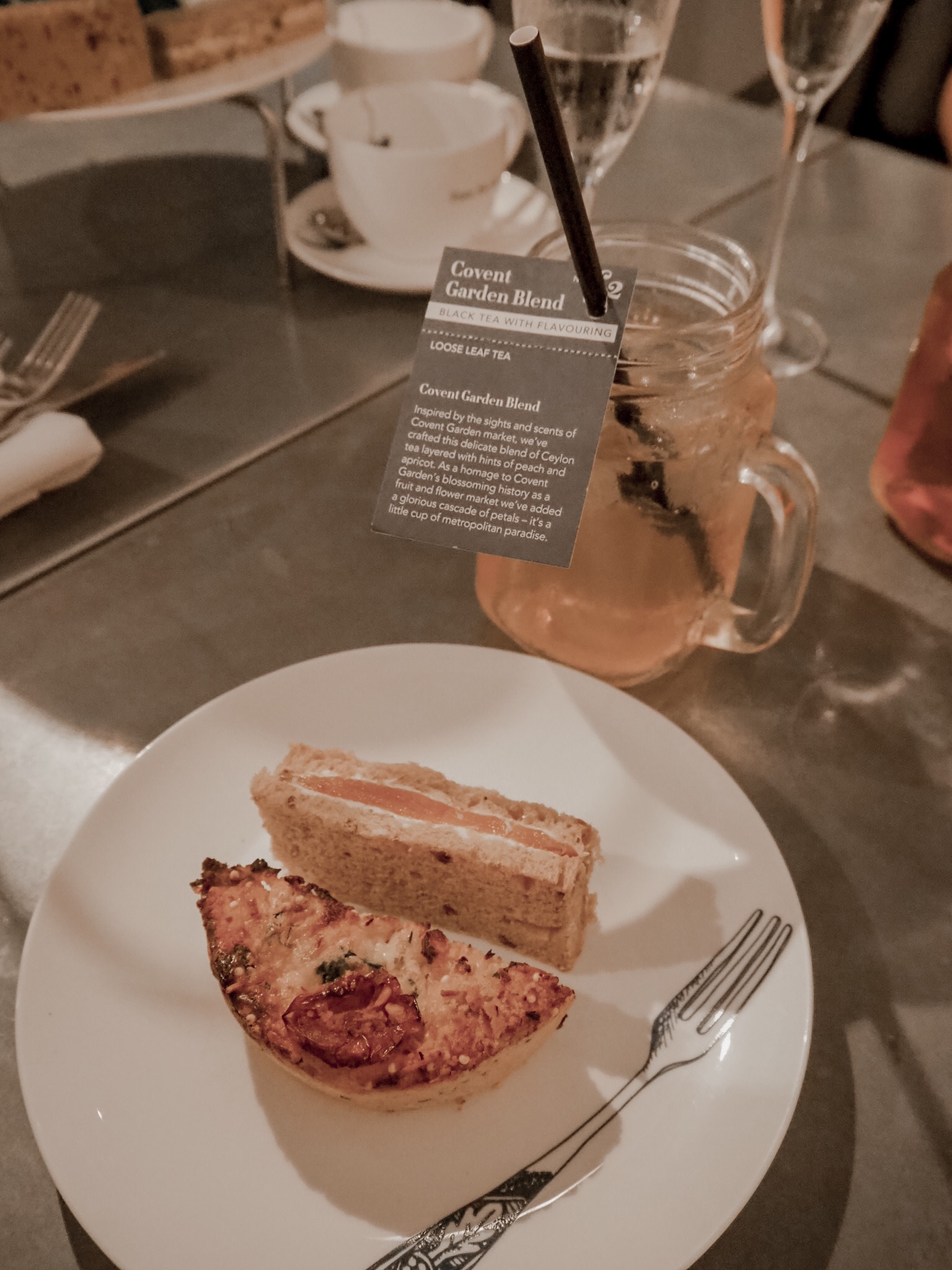 We of course happened to visit on the hottest day of the year to date. Slowly but surely I watched my eyebrows begin to slide off my face and I began questioning just how much tea I’d be able to drink. But luckily the tea bar is fully air-conned and spotting our shiny foreheads, we were advised that any of their teas could be turned into iced tea. Dream. 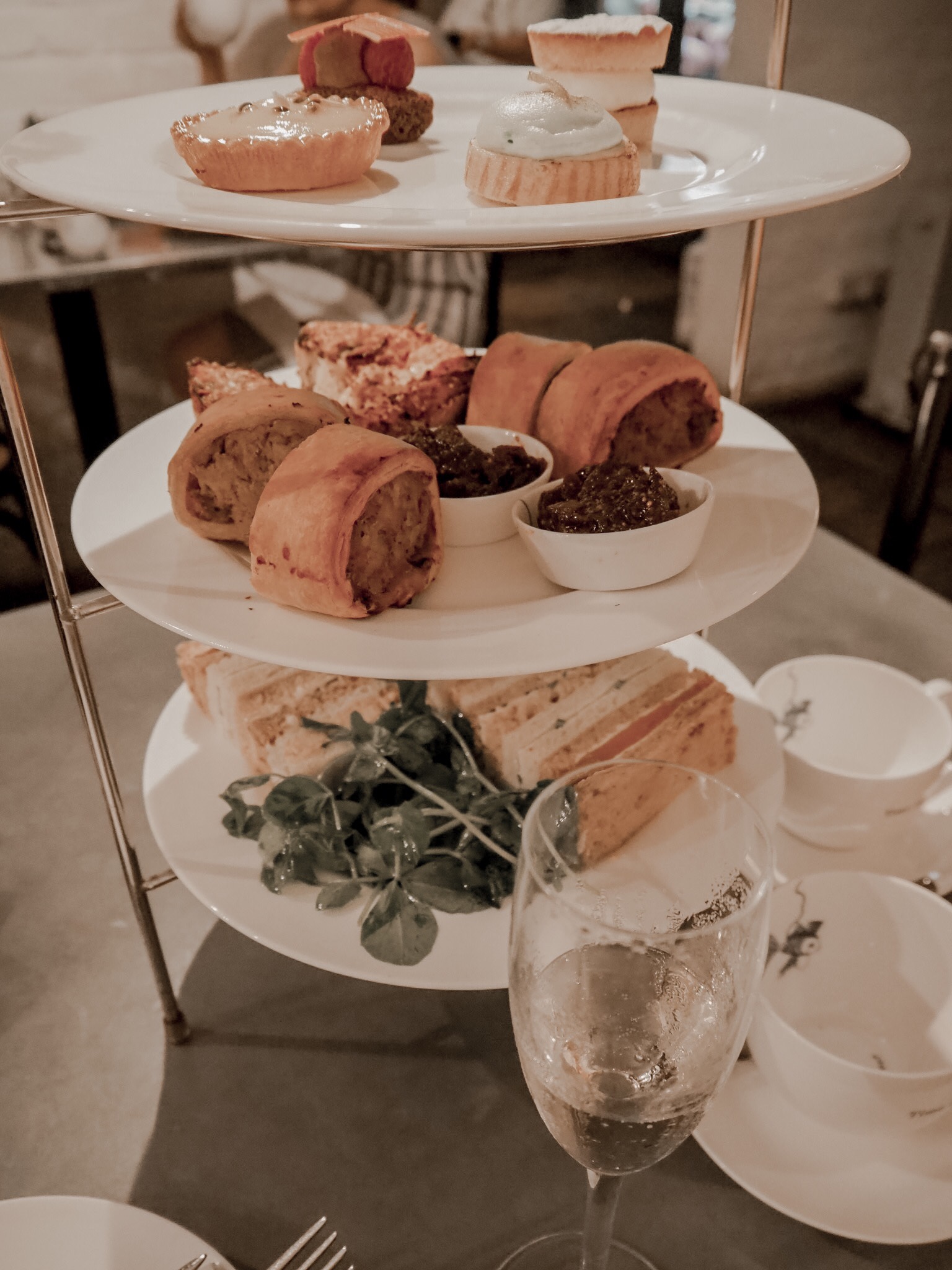 Afternoon tea with Whittards: The ambience

Split into two halves, on one side is the tea bar and the other half is the tea shop (which we headed to after we’d finished indulging ourselves). The waitresses were so lovely and friendly and didn’t even bat an eyelid when I asked to switch tables for better photo lighting (yes I’ve become that person and I’m not ashamed). The venue itself is quite small, but this all adds to the overall cute and cosy feel of the place and we didn’t feel cramped at all. 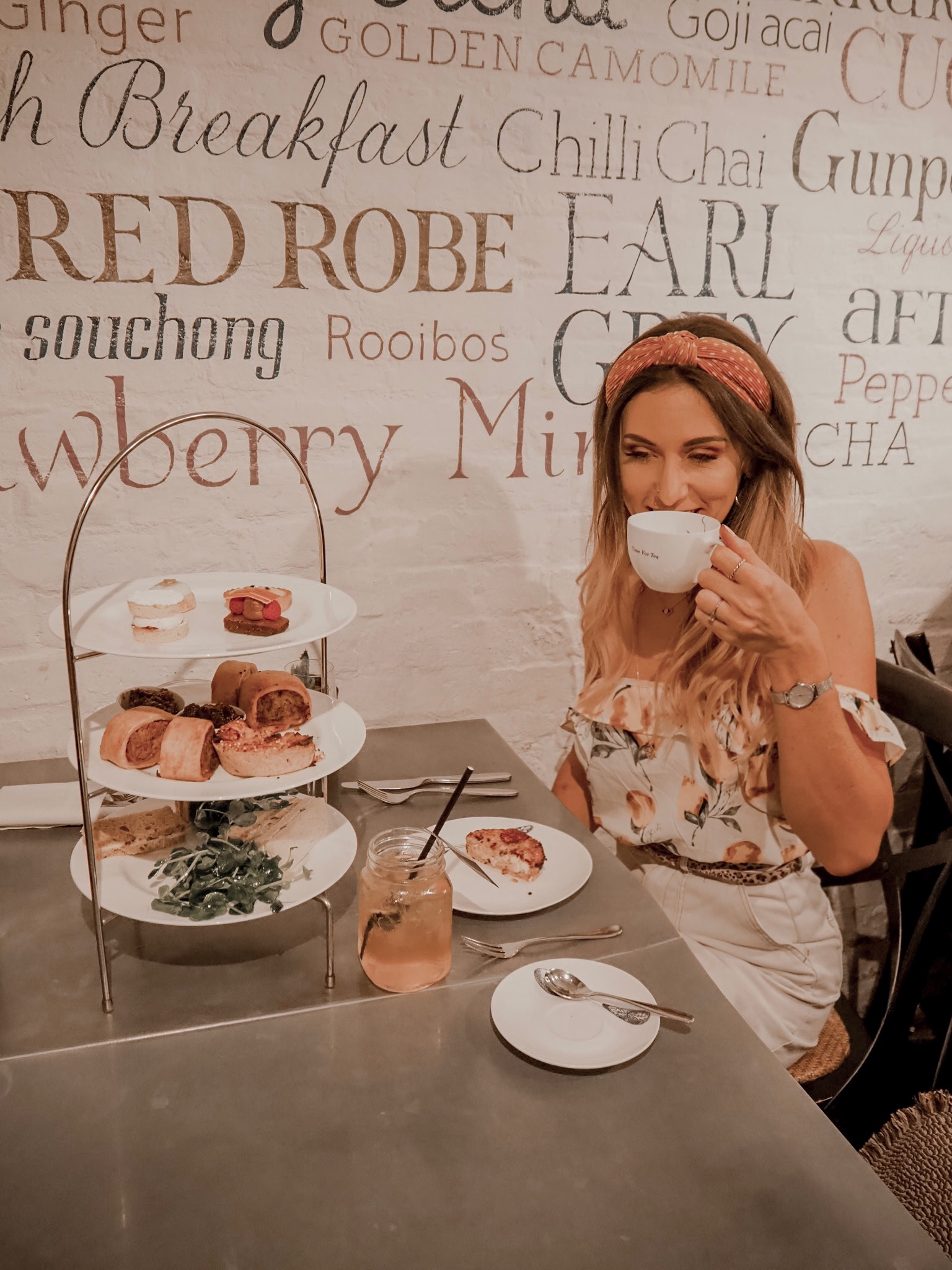 The menu is extensive and although I like to say I’m an avid tea drinker, I didn’t have a clue where to start. Luckily help was on hand and we were given some  guidance and I went for the Covent Garden blend which tasted like floral happiness and Kim went for the Orange blossom, which tasted like oranges funny enough.We took both of these iced which helped cool us down and we also ordered two proseccos on the side, because what’s afternoon tea without a few bubbles? 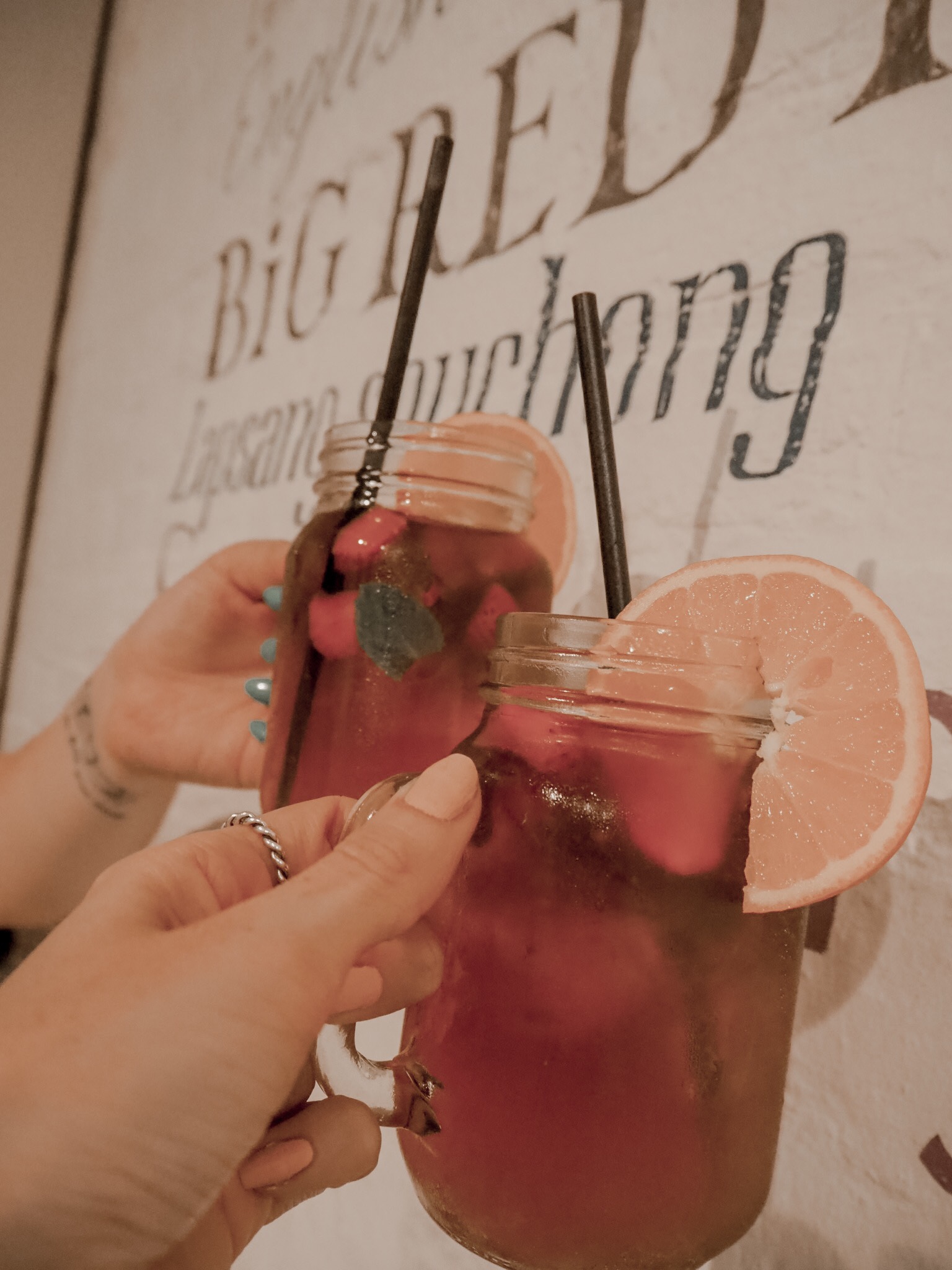 Afternoon tea with Whittards: The food

Why do teeny tiny sandwiches taste better than regular sandwiches? It makes no logical sense but it’s absolutely true!

We delved straight into the menu and picked the Grocers Tea to share which was a feast of sandwiches, cakes and savouries, which comes with a tea of your choice – £45 for two.  Can I just say that this tea is worth picking just for the spinach and feta tart which was a game changer.

I always have an internal panic that afternoon tea won’t fill me up (greedy girl problems) but I needn’t have worried as there was plenty of food to go around. The mini sandwiches were cute AF, I’ve mentioned the game changing tart, there was mini homemade sausage savouries and as for the mini cakes – not only did they look amazing, but each was fresh and so damn tasty. 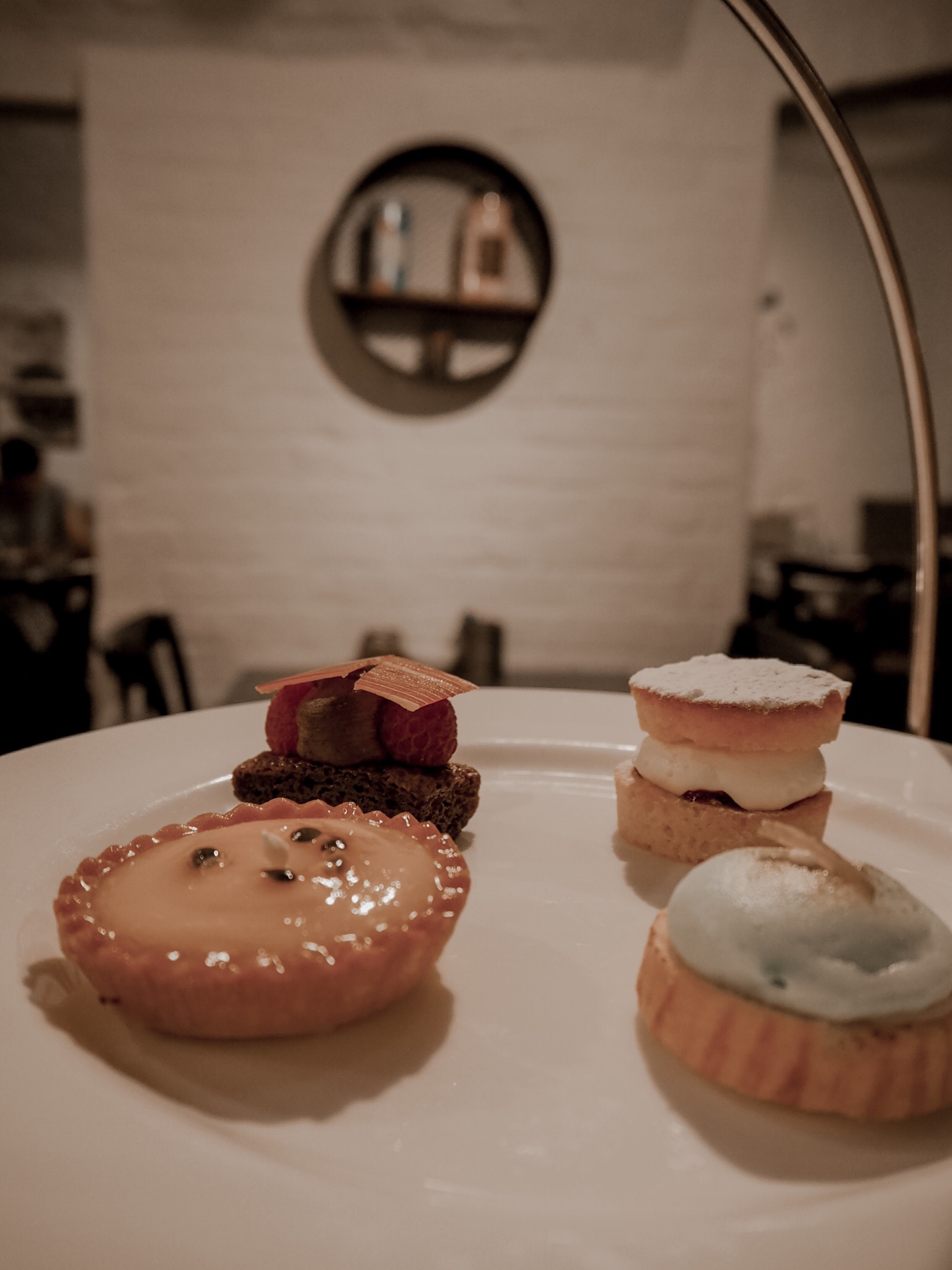 Kim and I had a lovely few hours putting the world to rights over a cuppa and a tea infused Pimms cocktail – which was delicious by the way. We then headed for the tea shop which was packed full of cute gift sets, loose leaf teas and tableware where we were allowed to pick out a gift. I chose the Freya mug (the perfect size for a morning cuppa + it matched my top) and Kim chose a Tropical tea with a glass tea pitcher. 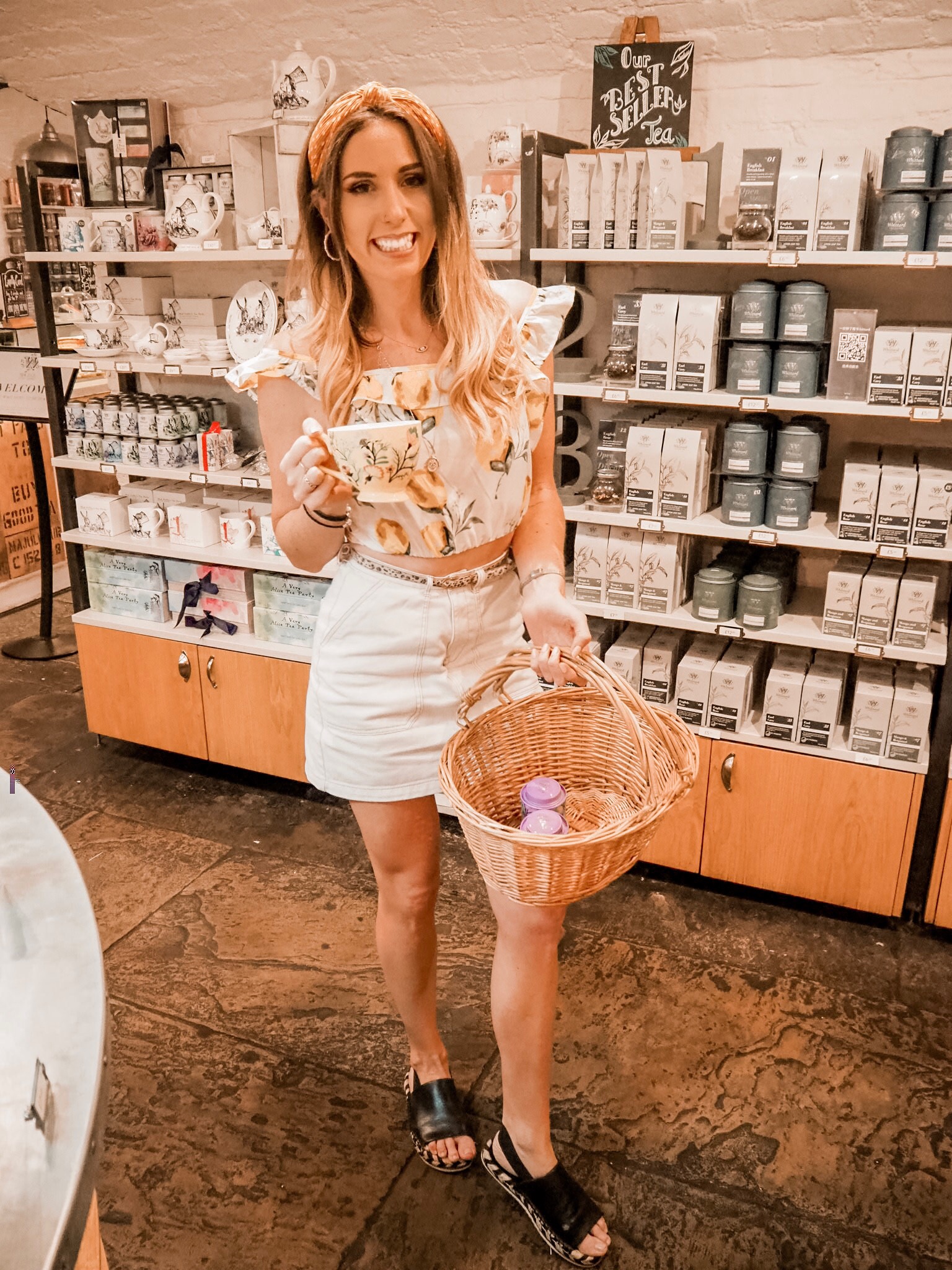 Despite the phrase “bull in a china shop” being created specifically for me and my ridiculously clumsy limbs, we left without breaking anything, with our gifts in tact. Success.

If you’d like to give afternoon tea with Whittards a try you can book here.

Have you got a fave tea? Let me know in the comments xo

*We were kindly invited to sample afternoon tea at Whittards – where we were gifted complimentary drinks and food. But all opinions are my own. 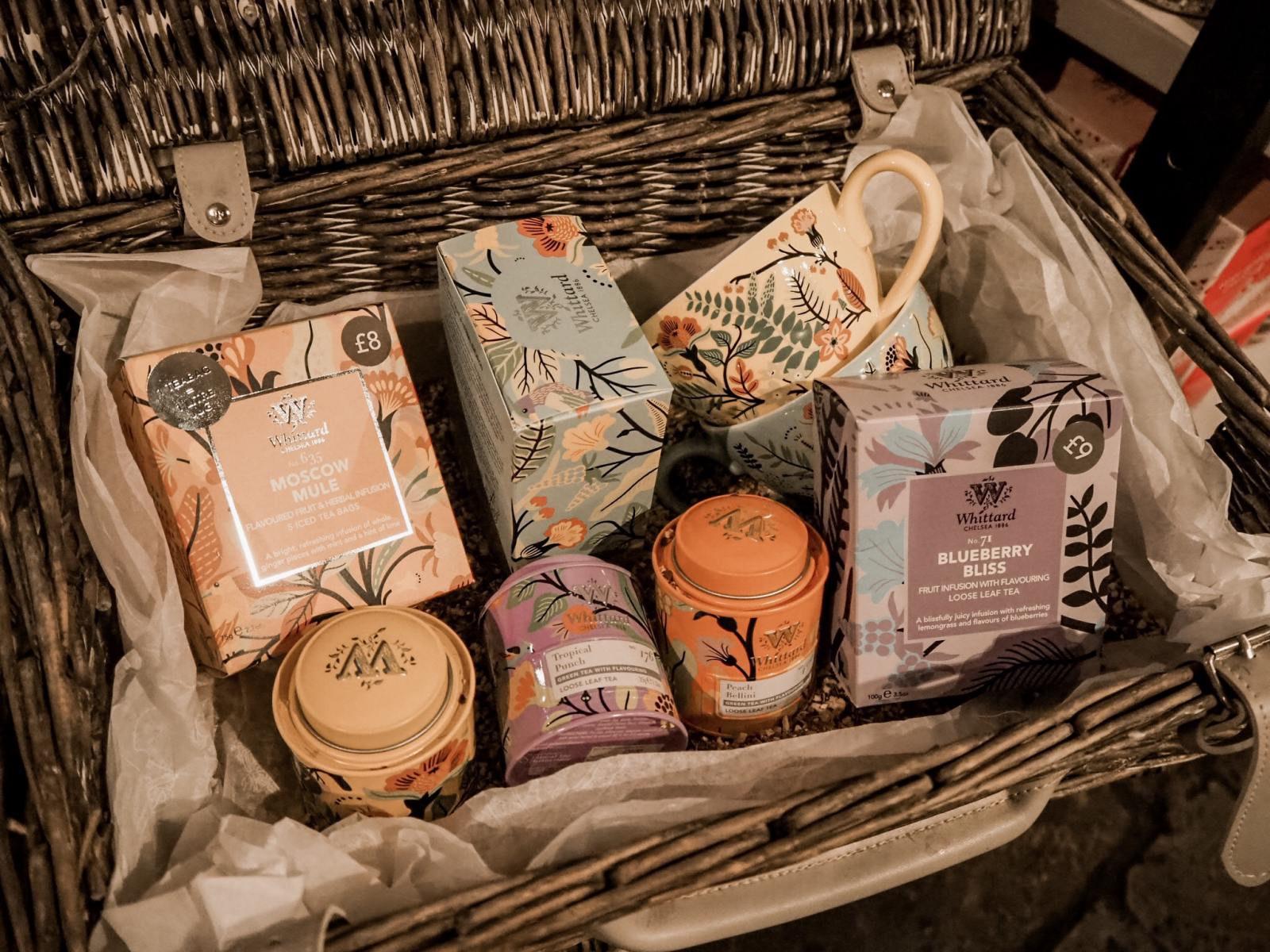