Whilst Dem was away in Australia I received an influx of messages alerting me to the fact that a Pomeranian pop-up cafe was coming to London. So I did what any self-respecting Pom fan would do, I set a reminder for when tickets would be on sale, months in advance, and I waited.

The event sold out within the first few hours, but luckily due to my dog obsessive nature and an early morning Saturday alarm, I successfully bagged two tickets to the fluffiest event in town. To say I was excited would be an understatement and the event did not disappoint.

Let me set the scene… Fluffy balls of happiness from left to right. Tongues dangling. Cameras flashing. Mini dog sofas, snazzy outfits and everyone is just so bloody happy. On arrival each dog was given a puppuccino, which was actually Bears first ever puppuccino, most of which ended up smeared down her front! Each dog lover was presented with a bag of bribery in the shape of dog treats, to entice pups for cuddles (which worked like a dream on Bear) even though she wasn’t too keen on the pupcorn! 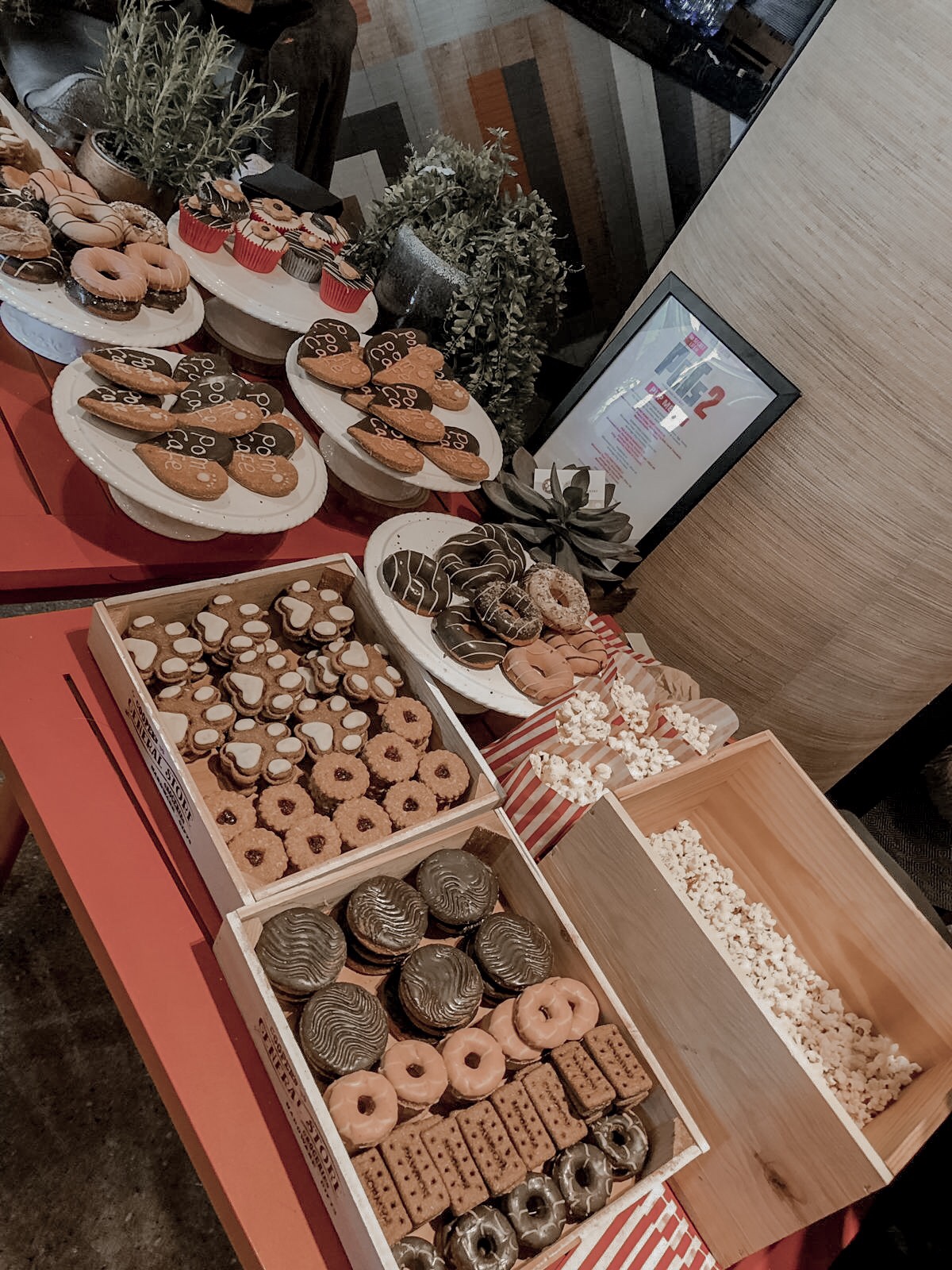 Snacks for all at the Pomeranian pop-up cafe

In the centre of the room, there was an entire table of treats, dedicated to dogs. From dognuts to pupcakes, pompops, pawsecco and paw star martinis (I shit you not) the selection was insane! The treats table only accepted cash, which we had none of, unfortunately. But not to worry, Bear being the greedy little mother fluffer that she is, had found a snack hack.

Bearing in mind there were DFD (dogs for days) as far as the eye could see, as well as people and children everywhere – Bear was totally oblivious as she had positioned herself underneath the snack table, doing a bloody good impression of a Dyson. Influencer or not, the girl can eat.

Hosted at a lovely bar and restaurant in St Pauls called the Happenstance, the event was fully dog friendly. Pups were encouraged to run around off lead, posing for photos and being cuddled while the pawrents grabbed a drink and a snack (are we done with dog references yet or shall I sniff out a few more?!). As well as having a great doggy menu, there was a great selection of eats for two-legged visitors as well as a fully stocked bar.

What is it they say – never work with kids or animals?

Well, there was both children and animals present, and the event had all of the ingredients to be a total bloody nightmare. But I was pleasantly surprised with how smoothly the event ran, with hundreds of furry friends running around and treats raining down from every corner of the room.

I did spot a dog going to the toilet inside, much to the owner’s embarrassment, but instead of getting peed off (ahem) staff just laughed it off and cleaned it right up. I’m guessing it wasn’t the first accident of the day!

At one point I did think, oh lord I’ve lost my bloody dog, but then I looked over at the snack table, and there she was. My little spirit animal! 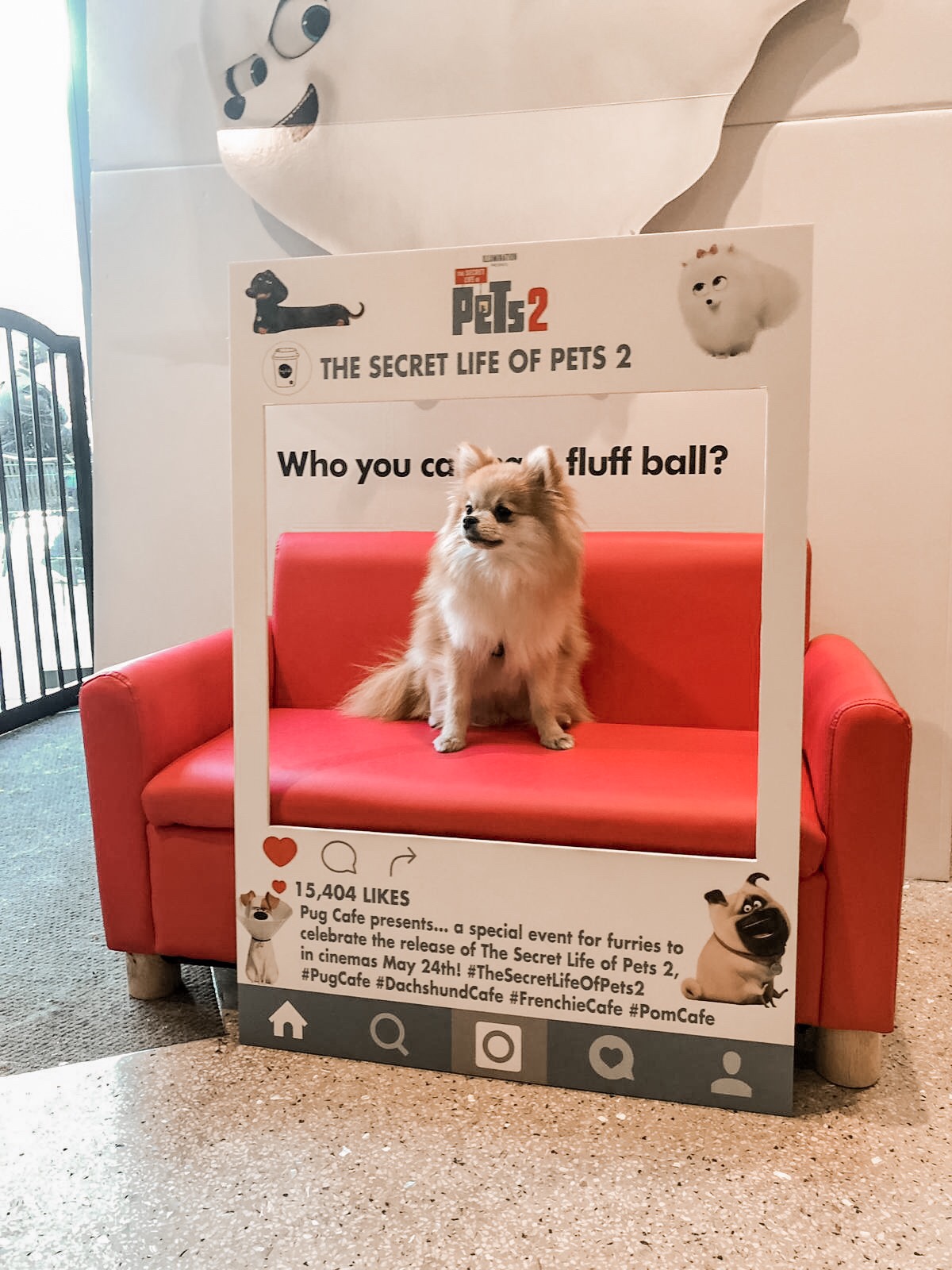 We met so many lovely people, both owners and Pom fans. Some of which were keen to look after Bear for the weekend and others that wanted to meet up for dog walks. So there was plenty of socialisation for Poms and Pom parents.

Dem has secured a stream of the football on his iPhone so he was happy, and he even admitted after the event had finished, that it was actually quite good. Which says a lot for a man who had been dragged across London to take blog photos and then on to an event filled with small fluffy dogs and excitable people- what a gem! But again this pays testament to how well the event was run.

Time flies when you’re having fun

We were one of the last to leave, as I wasn’t quite ready to leave the warm fuzz of the Happenstance. But to soften the blow of having to, well, go home, we got two cupcakes to snuffle on our journey back, and a gift for Bear, themed around the Secret Life of Pets 2, the film the popup was honouring.

I can honestly say I can’t think of a more wholesome way to spend a Sunday afternoon. The event was run by the Pug Cafe in London and whilst Pomeranian’s aren’t a regular feature here (as the events are predominantly Pug related) I can honestly say I’d go to another of their events purely to pet the pups. Plus they are always updating their site with new events, so keep your eyes peeled! Can you put a price on dog love? I think you already know the answer to this one. 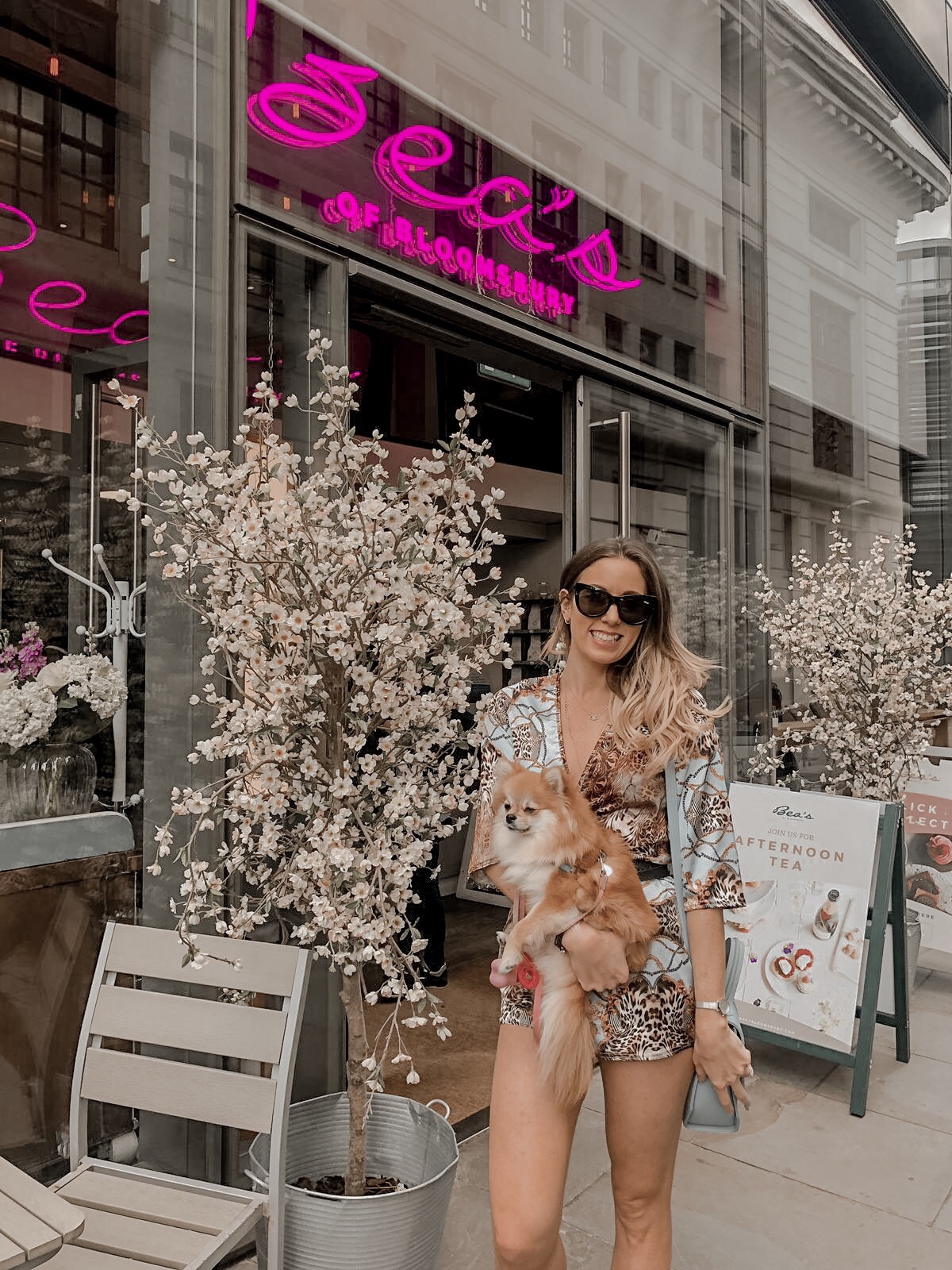 The lowdown on how to book future doggy events