Travelling is a lot like meeting friendly drunk girls in club toilets – everyone is lovely and genuinely interested in you and your plans for life. They will wipe the lipstick off your teeth as well as offering advice on everything from stomach upsets to activities.

I find meeting new people back home a bit of a chore. I feel like at home everyone has more of an agenda and of course more to worry about. Out here it’s become so easy and I actually believe we’ve made friends for life. But I know it’s easier to chill out and just go with the flow when no-one has a care in the world – obvs apart from deciding what flavour bucket to order or which waterfall to go and see.

Next stop for us was Pai. We decided to road-trip it on a moped for 4 hours. Initially, we were going to squeeze the pair of us onto one moped with both backpacks but despite our best efforts that was just not going to work! Dem managed to find a bus service to take our bags so we could drop them off in Chiang Mai & pick them up in Pai. Win! But 1st Dem had to drive the bags to the station while I waited and read a book. Mid-drive whilst wearing one backpack with the other one loosely bungee corded to the back, disaster strikes. First, he gets horrendously lost, then one backpack shoots off the back of the moped in the middle of a junction, causing Dem to have to play chicken with cars/ mopeds/ Tuk-Tuks to retrieved lost backpack. Add to this Dem having a bit of an upset stomach…

The most chilled place I’ve ever been to

Mid trip we stop for lunch where Dem brings out another cracker “right what can I order? I don’t want to risk anything spicy for the 4-hour ride and have to wash my bum with a bum gun again”. How do you even deal with this?

Pai is probably the most chilled place I’ve ever been to. We planned 2 nights there and ended up staying 7! There’s three waterfalls, a canyon, hot springs and a hell of a lot of food to explore. Added to the fact that we met up with our Chiang Mai pals, meant there were a load more stories, pool times and nights out added to the mix. Alongside this, there are some beautiful boutiques which saved my ass (and made my day) after managing to shrink two of my dresses after putting them into the laundry.

Paying 30 baht (less than £1) for a kilo of clean laundry is like a dream come true when all your clothes smell faintly of sun-cream and bad decisions. Also, can you imagine my joy at being able to purchase handmade tops for the equivalent of £3.. ERHMAGAD. 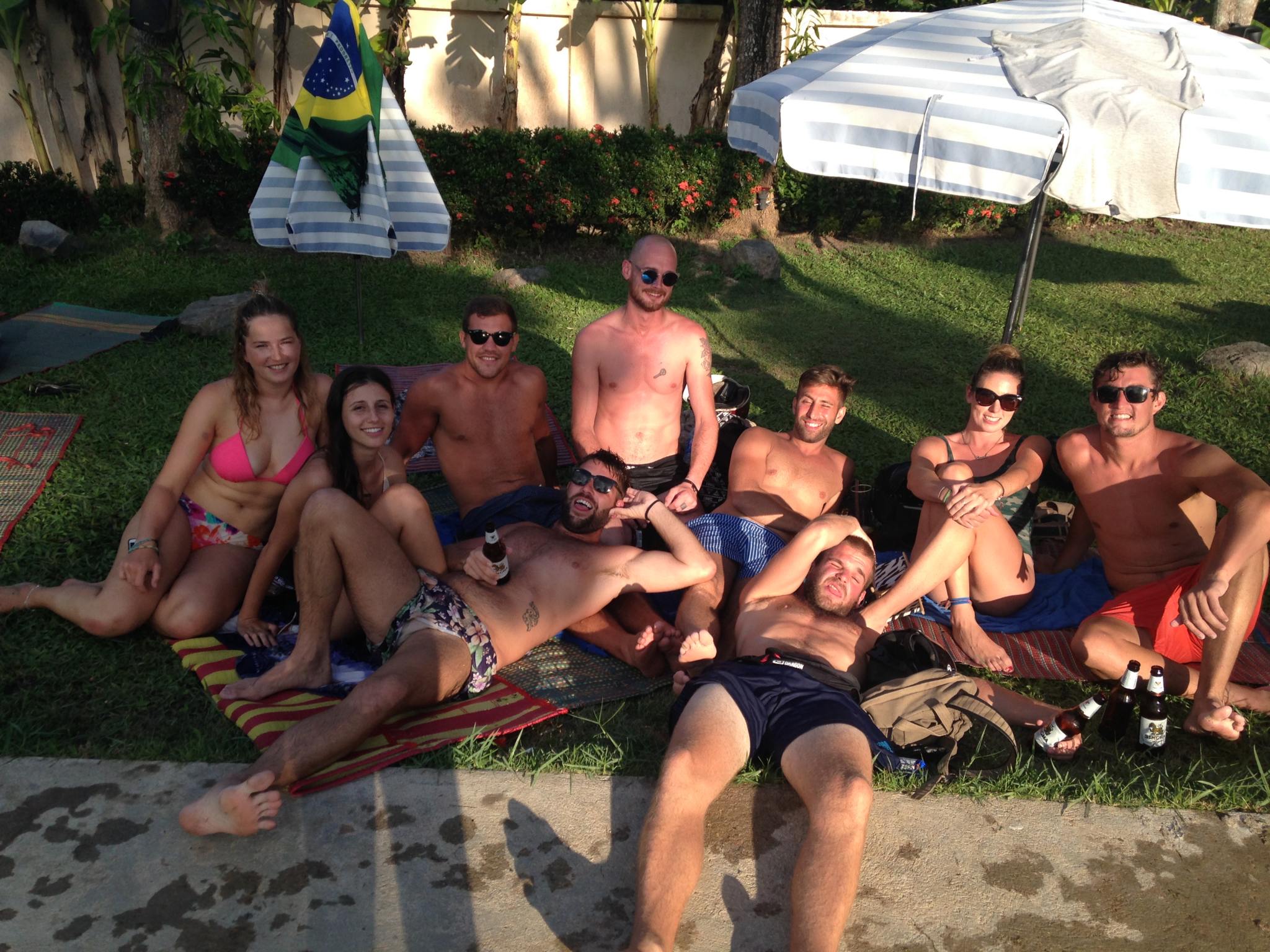 I don’t think we’ve eaten anything that we haven’t liked since being in Thailand, let alone Pai to be honest. The food is INSANE and so cheap! Also the curry in Northern Thailand- wow. My faithful Thai green curry doesn’t even make it on to the consideration list anymore since I’ve discovered Massaman, Khao Soi and Tom Yum Kung!

As Dem & I are wise decision makers we decided to venture out to one of the waterfalls whilst it was starting to rain. But as we were wearing waterproof jackets we weren’t too worried. You can guess what happened. Torrential rain. I nearly slipped off the back of the moped and we were using Dems phone as a satnav at the time so torrential rain + phone = phone ruined. But we survived and the only peril we now have to deal with is the broken phone occasionally playing Justin Bieber in the middle of the night.

Whilst in Pai we went to see the White Buddha which is reached by 300+ steps on a steep incline – I mean I’m up for a bit of cardio but seriously?! After making it to the top we realise that not only am I not as in shape as I first thought, but there is scaffolding ALL over the Buddha which kind of ruined the pictures as well as my mood. We later then popped out to watch the sunset, where do you think everyone wanted to go? WHITE BUDDHA. 300 more steps, we get to the top and where is the sun? Behind a cloud. I don’t think this was the attraction for me.

Anybody for a massage?

One night three of us decided to try out a relaxing Thai massage. There’s not actually anything too relaxing about a Thai massage, to be honest. Especially when you’re lying next to two guys who just CAN NOT stop laughing. Highlights including Demi accidentally barrel rolling his masseuse over his shoulder. James thinks he’s getting a happy ending and me politely asking for the elbow to be removed from my groin. At one point Dem yells “Oh my god I think she just put her knee up my ass. Cue more giggling. Note: trying to relax with two men cracking up laughing is a task on it’s own. 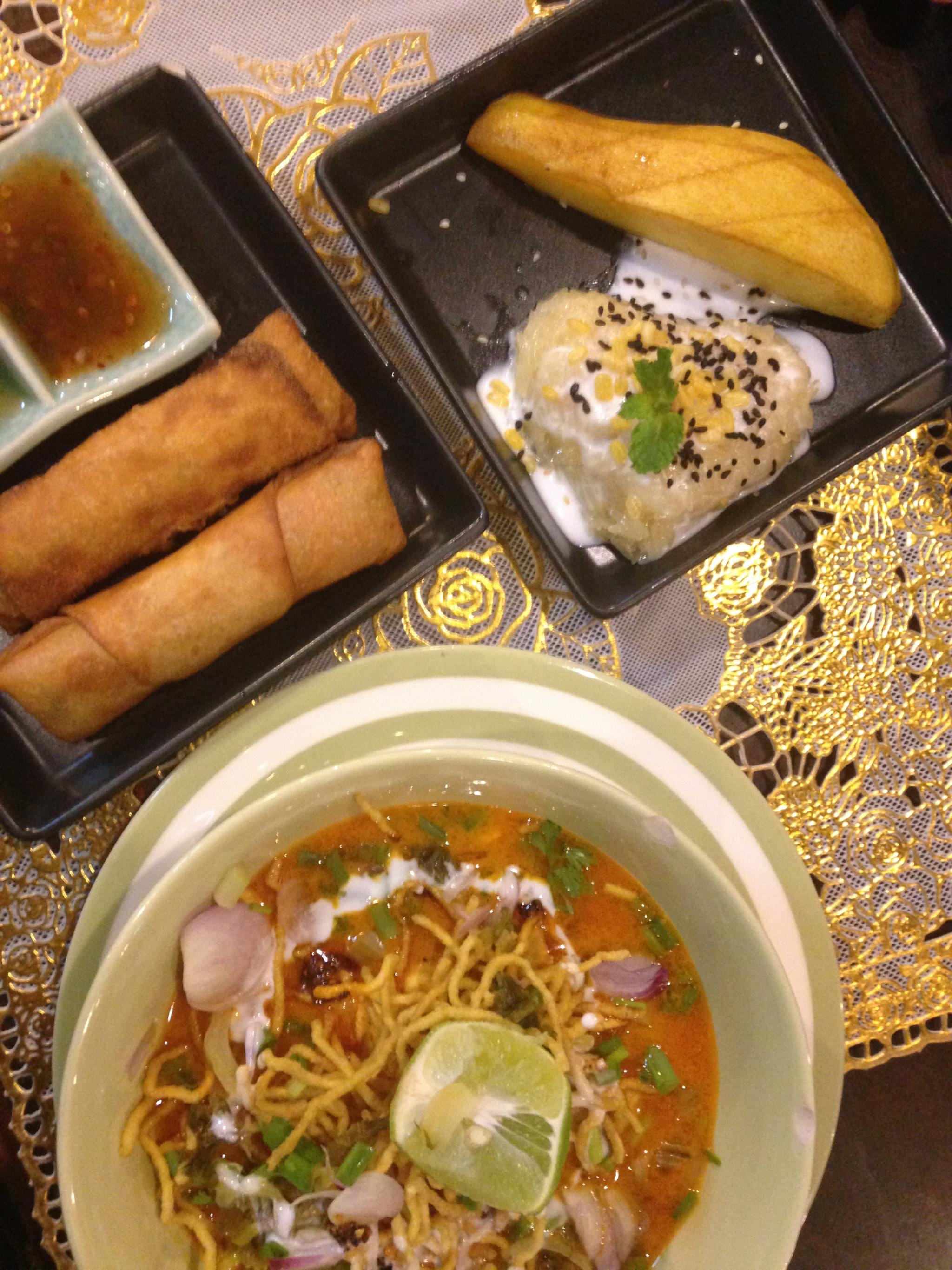 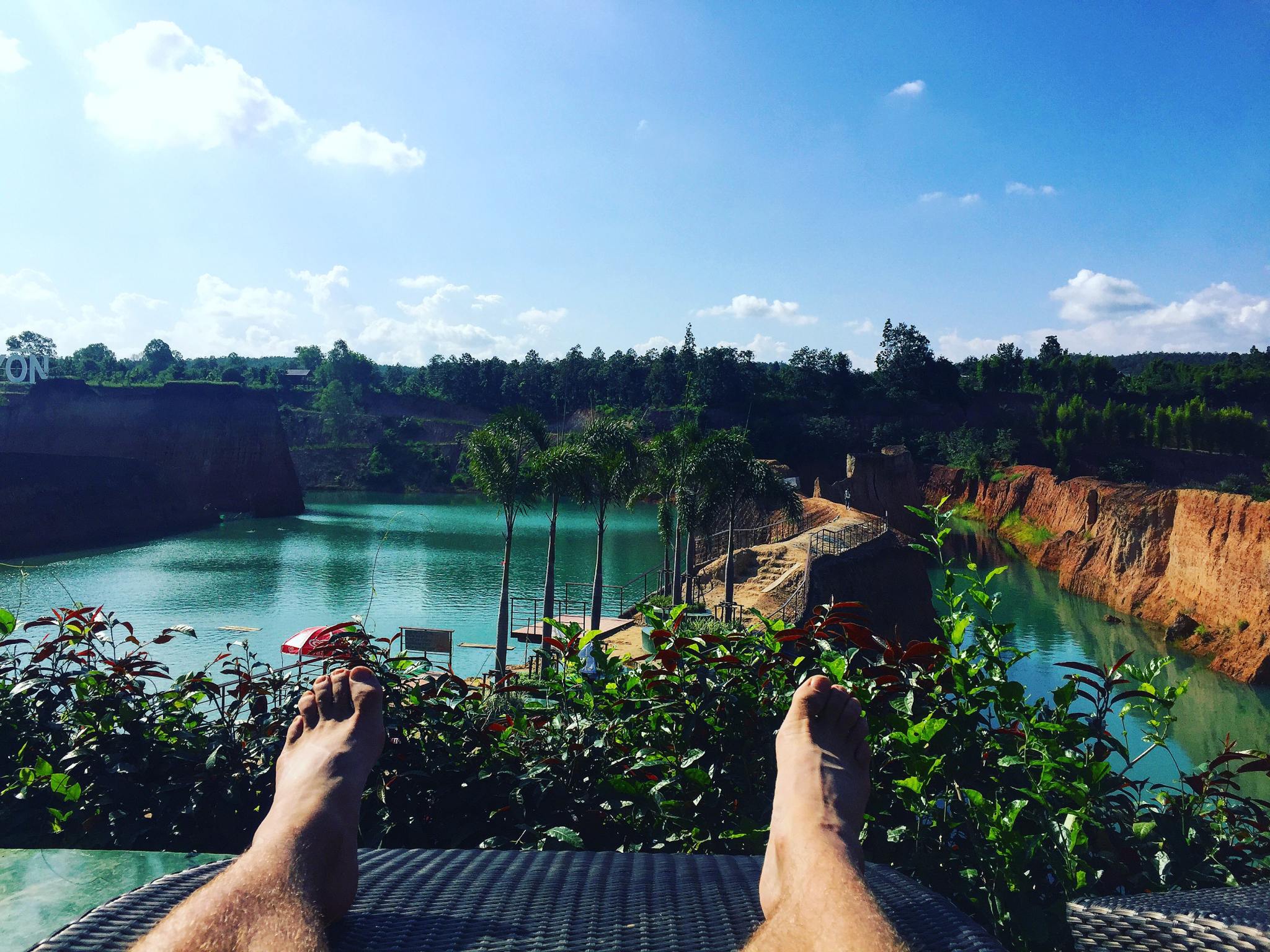 After a few mopeds shaped stresses we got back safe and sound in Chiang Mai just in time for our cooking class. Travelling back from Pai in the rain and heading straight for a cooking class, I was feeling slightly non-plussed at the idea of rushing around a bustling market and trying to get my brain to engage, but if you come to Thailand – do a cooking class!!

It was 900 Baht each for a half day course. First, you’re taken to the food market to buy the ingredients you’ll be using, which is great as there is some sketchy looking fruit and veg I probably wouldn’t have touched without a bit of encouragement! You then learn how to make four dishes each (one appetiser, one soup, one curry & one dessert). Basically, I got to make Khao Soi curry which made my life and I came out feeling like I could smash Jamie Oliver in the kitchen (he uses waaaay too much lemon anyway). Plus our teacher was hilarious – she had more innuendos than Dem and was brutally honest when you mixed up your lemongrass with your Thai ginger!

So now we’re heading for Laos and those pals we made in Chiang Mai a few weeks back, they’re coming with us!