Nearly 6 months living in each other’s pockets and being with each other every day, there are going to be moments when you’re like damn, I want to kick your ass.. casts mind back to dragging Dem backwards by one arm up the corridor into our room in Saigon while he drunkenly tried to hide behind his other arm and pretend to be asleep.

But it also taught me a lot of things about us as a couple, and as individuals, that I’d probably never have known before. We’d joked about how hard it would be putting up with each other but there weren’t any massive pre-trip concerns… I’m hard work in London so obviously, that was going to be translating over to Asia as well. 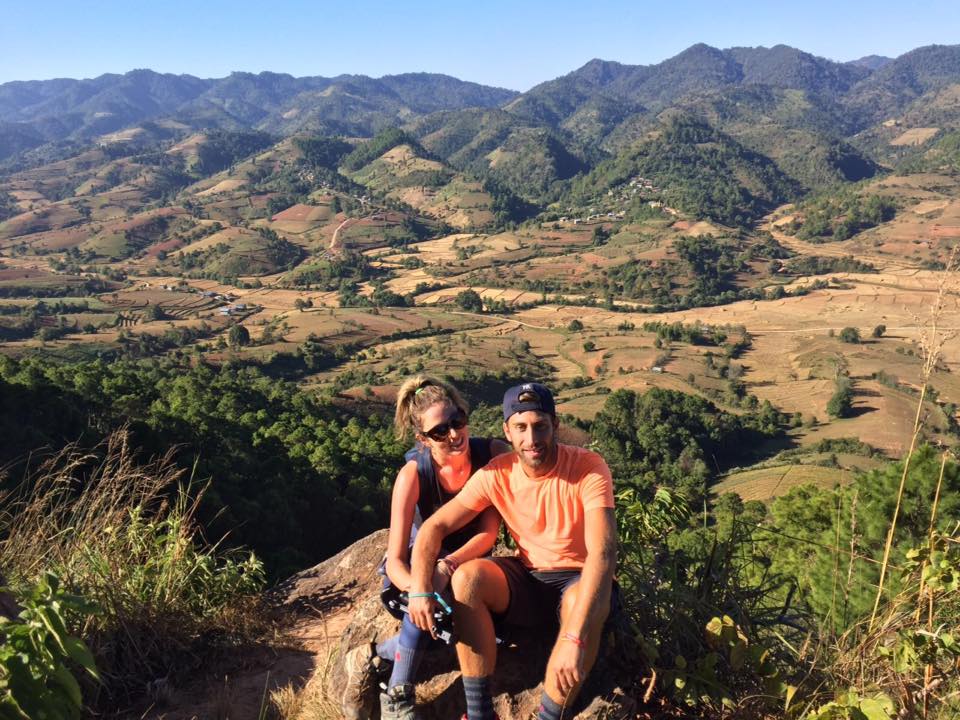 Setting a budget and sticking to it

Our budget was set before we left so we knew what we had to stick to. How well we did with this budget would dictate how long we were planning on travelling for. Although Dems idea of a budget was backpacker on a shoestring whereas mine was that of a three month trip to the Maldives.

My budgeting included having a pool at every hotel, his budgeting didn’t include lunchtime beers. We compromised though, as you have to do, in any relationship, him upgrading us to an occasional lunchtime beer and me ditching the pool and settling for the odd hostel. Compromise will be your best friend travelling in a duo, I PROMISE you.

Yes, you heard right, I ditched my penchant for prosecco and embraced local 50p beer!

We are fairly lucky as we know each other inside out so know what makes the other tick and we don’t really argue. But knowing when to push an issue and when to leave it really helped us. When I flipped my lid when I couldn’t quite perfect my leopard print neon NYE paint, Dem left me to it – no point poking an angry girl armed with neon paint!

I was fully up for trying anything food wise, whereas Dem was totally anti-seafood. But with a little bit of coaxing and a friendly little crab named Steve we sashayed over the seafood barrier and by the end of our trip, Dem could eat prawns without looking like someone had shit in his Weetabix. WIN. 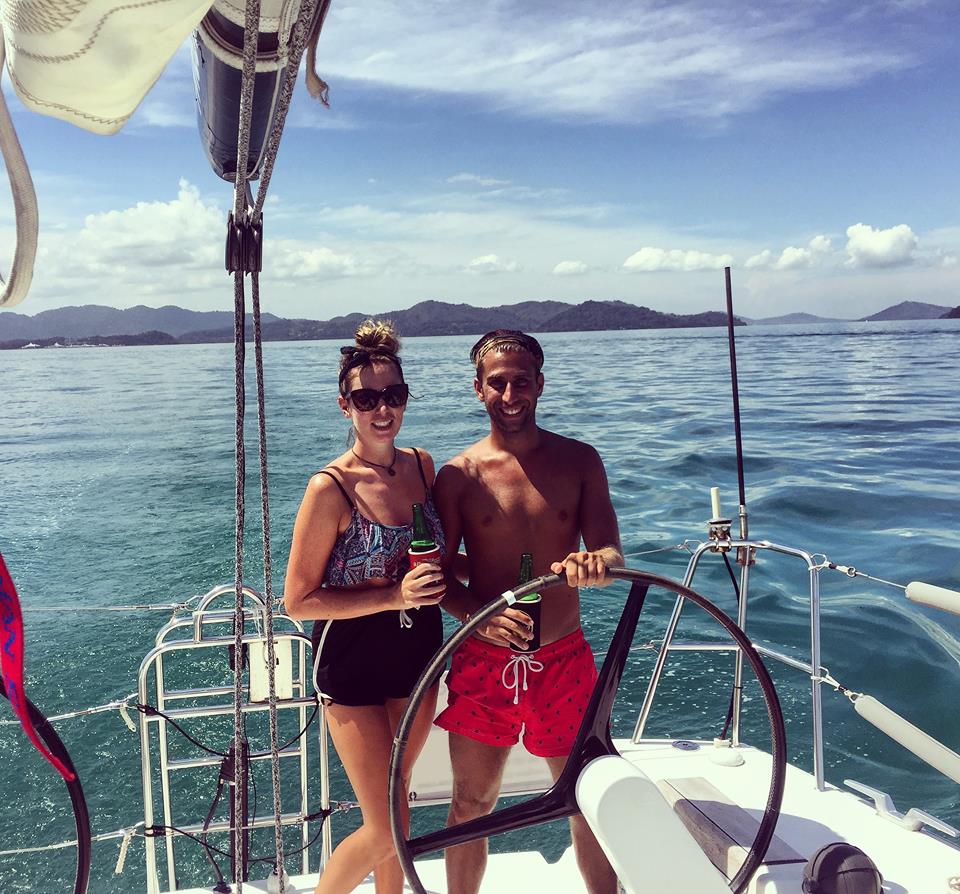 At home, Dem is laid back Luke whereas as soon as we set foot on plane number one he became Captain organisation. As a natural control freak, this showed that I must trust this guy A LOT as I released our passports into his capable hands (it also probably had something to do with the bottle of prosecco I’d necked as we left Cologne in a pre-long haul flight panic).

Coming out of my prosecco haze I realised that I needn’t be SO worried about planning every single detail. Sometimes things go wrong, but you get over it. In our carefully edited vlogs, we skipped the bit where Dem lost the key to the hostel and we were forced to sleep outside, waking up covered in ant bites. Yep, that was a highlight. Things will go wrong no matter how well you plan and it is pretty funny to look back on now.

In terms of documenting our trip, Dem was happy with the odd sunset pic here and there, whereas I needed Instagram worthy pics, a whole reel of them. A variety of candid poses, where I looked skinny, refreshed and radiant at every turn. Which I promise is a tall order after eating rice and drinking beer with every meal and having the ability to burn in 10-degree heat. There were moments when I’m sure he could have easily have beat me over the head with the selfie stick..

Dem had plans to set up his own business when he came back whereas I was returning to a big gaping expanse and a few airy-fairy ideas about wanting to write and or work in social media. The absence of a plan stressed me out (surprisingly) but I was happy that we had a least one job between us. We spoke at length about what I wanted to do and he encouraged me to go for something new instead of heading back into Gant charts and banners. Which I’m super grateful for as if he hadn’t given me the little shove I might not have made the jump into marketing.

Any top tips? Make peace that there will be arguments, silly arguments that come from sharing a room the size of Harry Potter’s cupboard. Budgeting is tough but you don’t have to spend a shed load of money to have a good time and it’s the little things you do for each other which are sometimes the nicest. & also the fact that Dem went and sought out “Velvet Teddy” in Vietnam assures me that he’s over his “fear of picking the wrong lipstick in MAC”.. I’m on to you buddy! 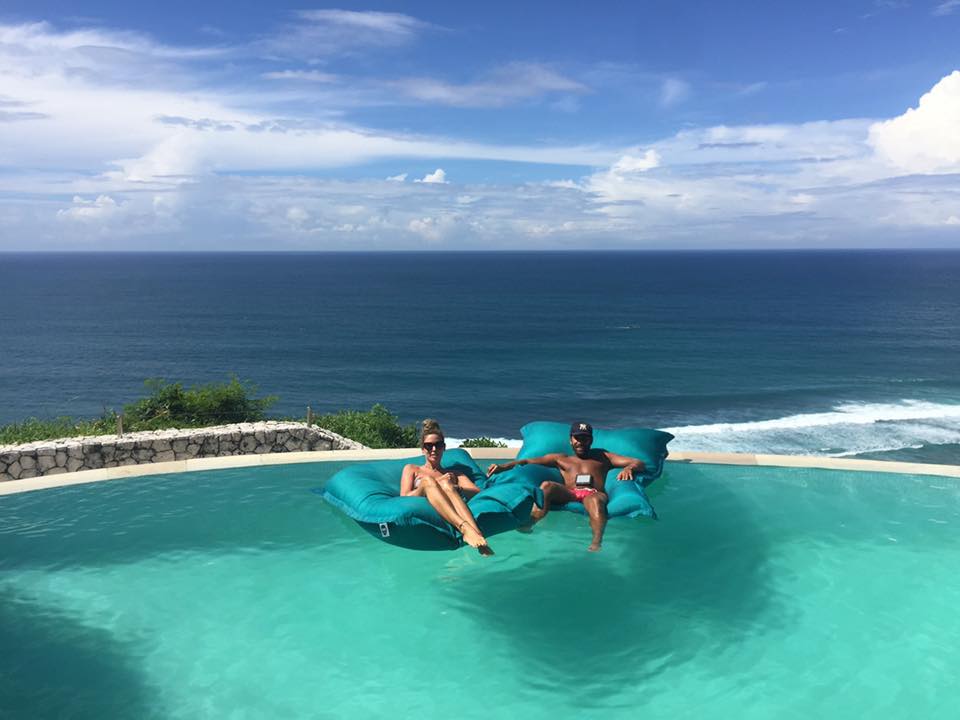