On arrival in Myanmar at 11 pm local time, we grabbed a cab to our hostel, tired and ready for bed. We were surprised how built up the city seemed, spying BMW dealerships, a fancy looking Mustang GT cruising along and a Novotel with a huge Christmas tree!

Dem had, by accident booked a room with a shared bathroom which for obvious reasons wouldn’t be my choice but we were so tired we just crashed. It was at 6 am when I woke up to use the toilet that I realised why I’m wholly against shared bathrooms. A smiley Aussie girl starts up a conversation with me whilst I’m washing my hands and looking like something out of MJ’s Thriller video. I’m totally up for socialising but not at 6 am when I’m unintentionally wearing my PJ shorts backwards.

The first culture shock of the next morning was that there are no mopeds, anywhere! Secondly, all of the food and craft markets were in no way catered towards westerners. Which was nice to see, as it gave a genuine feel for how the Burmese people go about their day. The only downside being, no tuna sandwiches! 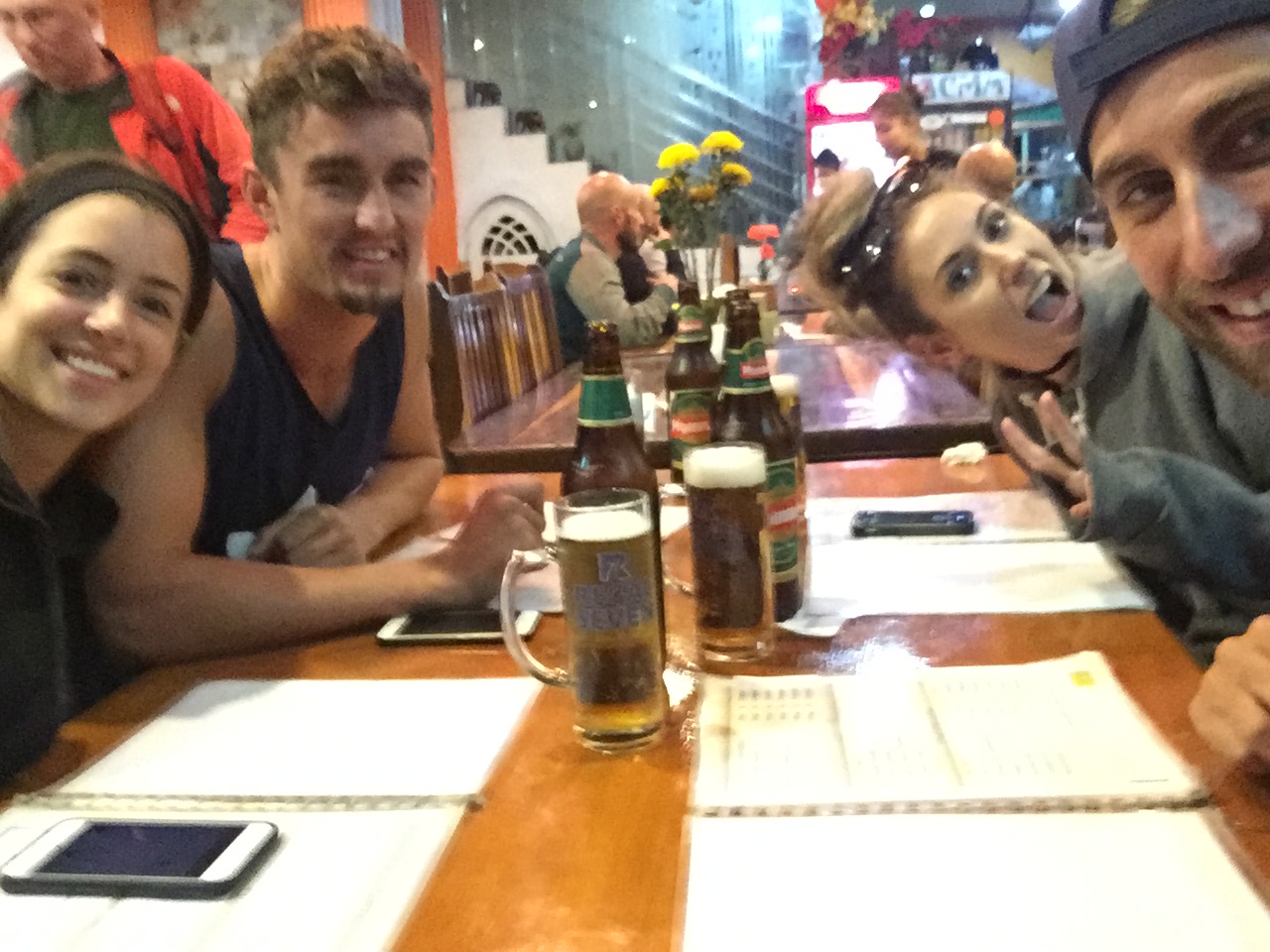 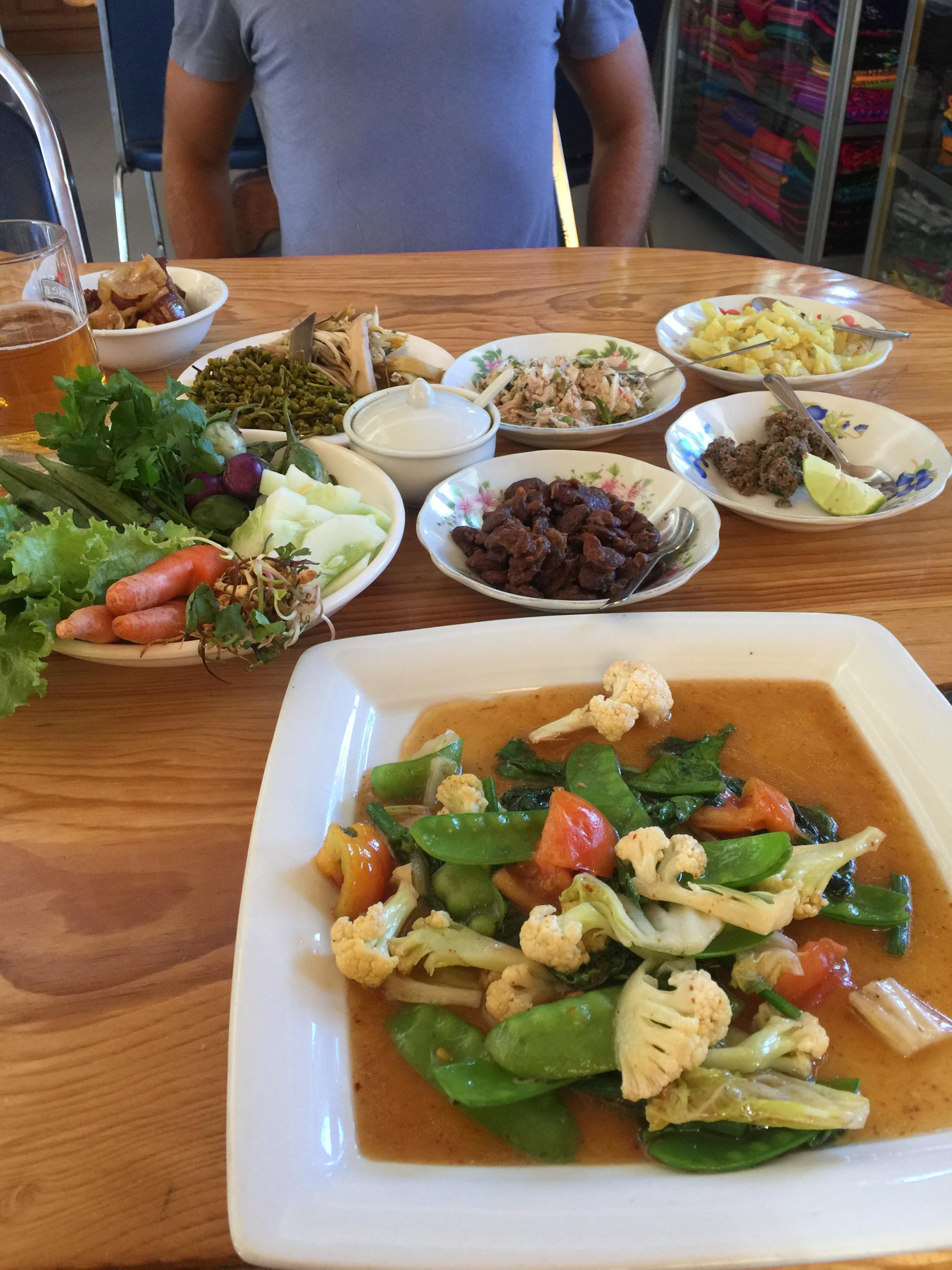 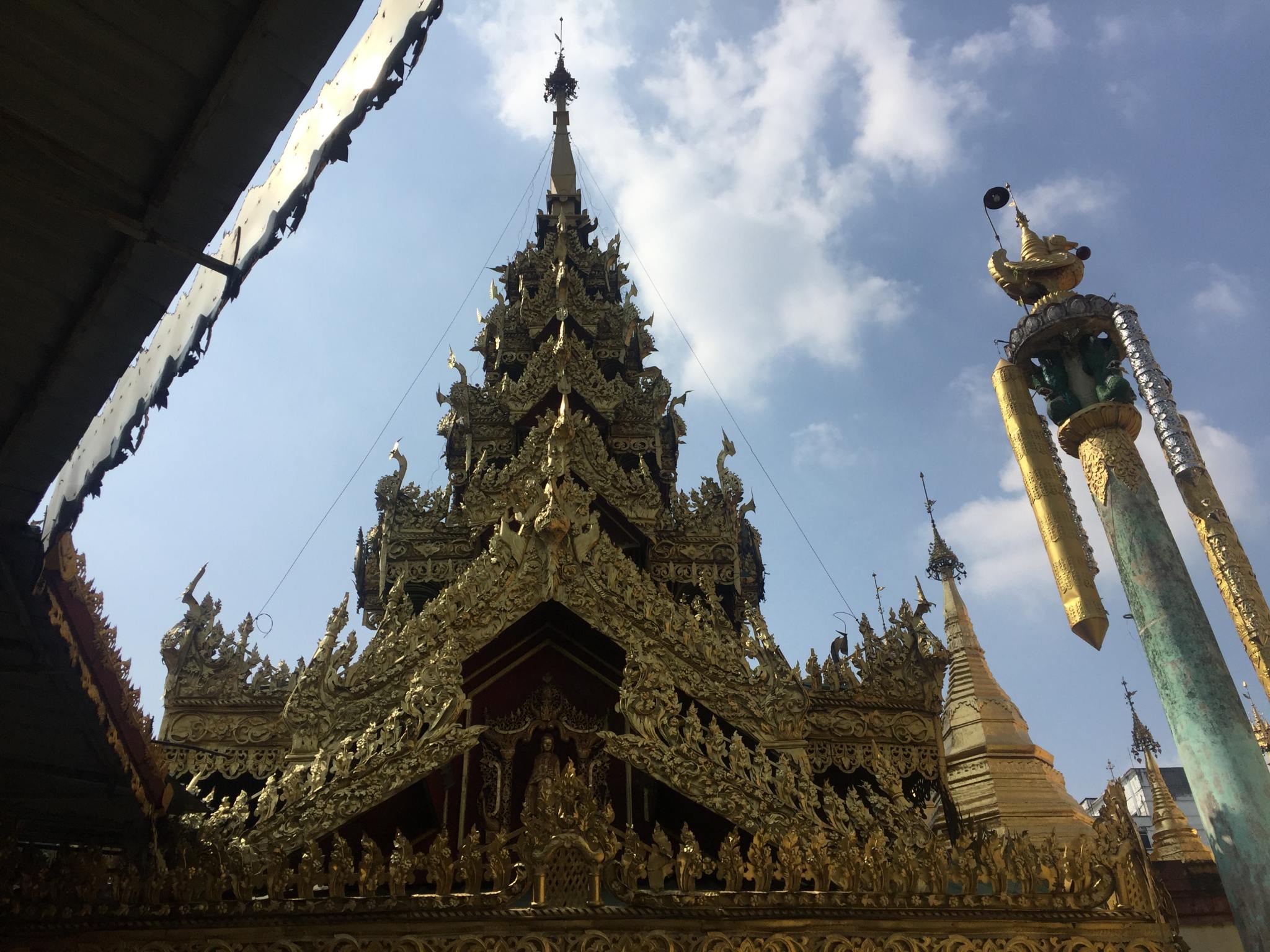 We visited Sule pagoda which was a whole lot of stunning, beautiful architecture all fashioned in gold. I was also wrapped up in a Longhi (traditional Burmese material) which was great until it came to walking. It’s an art I tell ya! We stopped off at a cafe to grab some food and were given a menu. We were quickly told they had nothing apart from fried rice. Fried rice it is then, times two. Even more surprisingly we were then given everything BUT fried rice. Chilli, chicken, salad, plain rice and a spicy gherkin salad (literally my worst nightmare in a bowl).

After the fun food frenzy, we headed into the bus terminal to wait for our 12-hour bus to Kalaw. I may have made peace with the squatty potty potty & bum gun combos and have even grown to understand the bucket flush technique but I wasn’t prepared for Burma’s offering. Squatty botty potty with a bucket for what exactly I do not know, flushing, splashing, washing my hands, swimming in?! I just don’t know anymore. Oh and no tissue, obviously.

I’m skipping the discussion on the bus to Kalaw as it riles me up even thinking about it. Uncomfortable, 4 blankets and 12 degrees for 12 hours is all I’ll say on the matter!

In Kalaw we went to a restaurant for a traditional curry and boy do they feed you. The food just kept coming and coming! My favourite part, however, was that each table had a young girl who stands at the end of your table to fan the flies away… I wonder what she listed on her LinkedIn profile for that particular role?!

Our first day was a significant 24K with the sun beating down on us. Which was more than we did in the whole two days of our trek in Sapa. We ate the most amazing noodles and soup for lunch in our guides local village while he played the guitar and told us bit of local history.

It was a good day but the last hill had us glad to reach the end of day 1. We were told to pack warm clothes as we would be sleeping in a local village where temperatures can get to below 10 degrees! Funny thinking we saved nearly 20K to come to SE Asia to sleep on the floor, squat outside to use the toilet (whilst making awkward eye contact over the smallest door – tall girl probs) wash in cold water and wear all of our possessions to bed along with 4 blankets and a hat. Crazy ass Westerners! 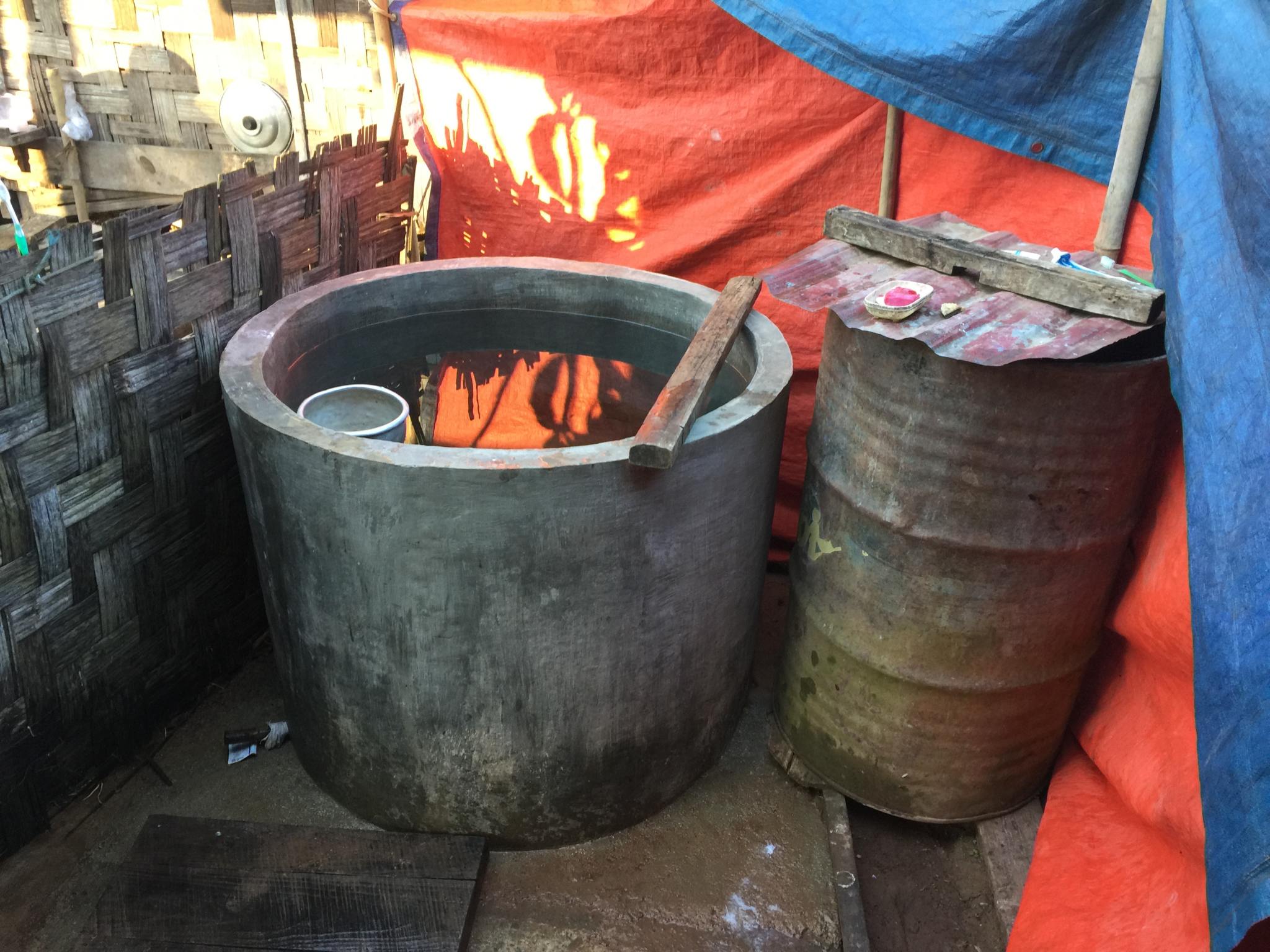 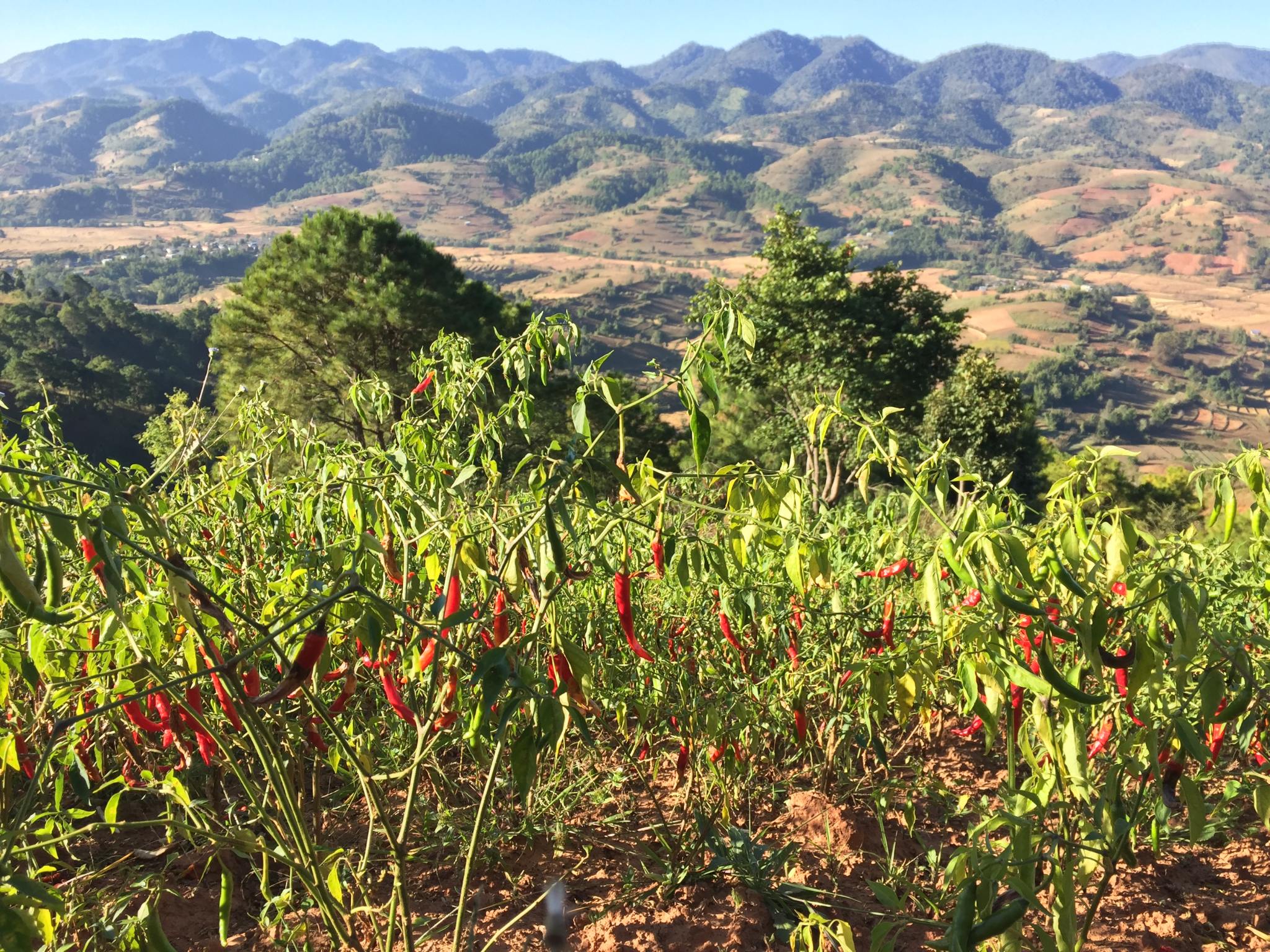 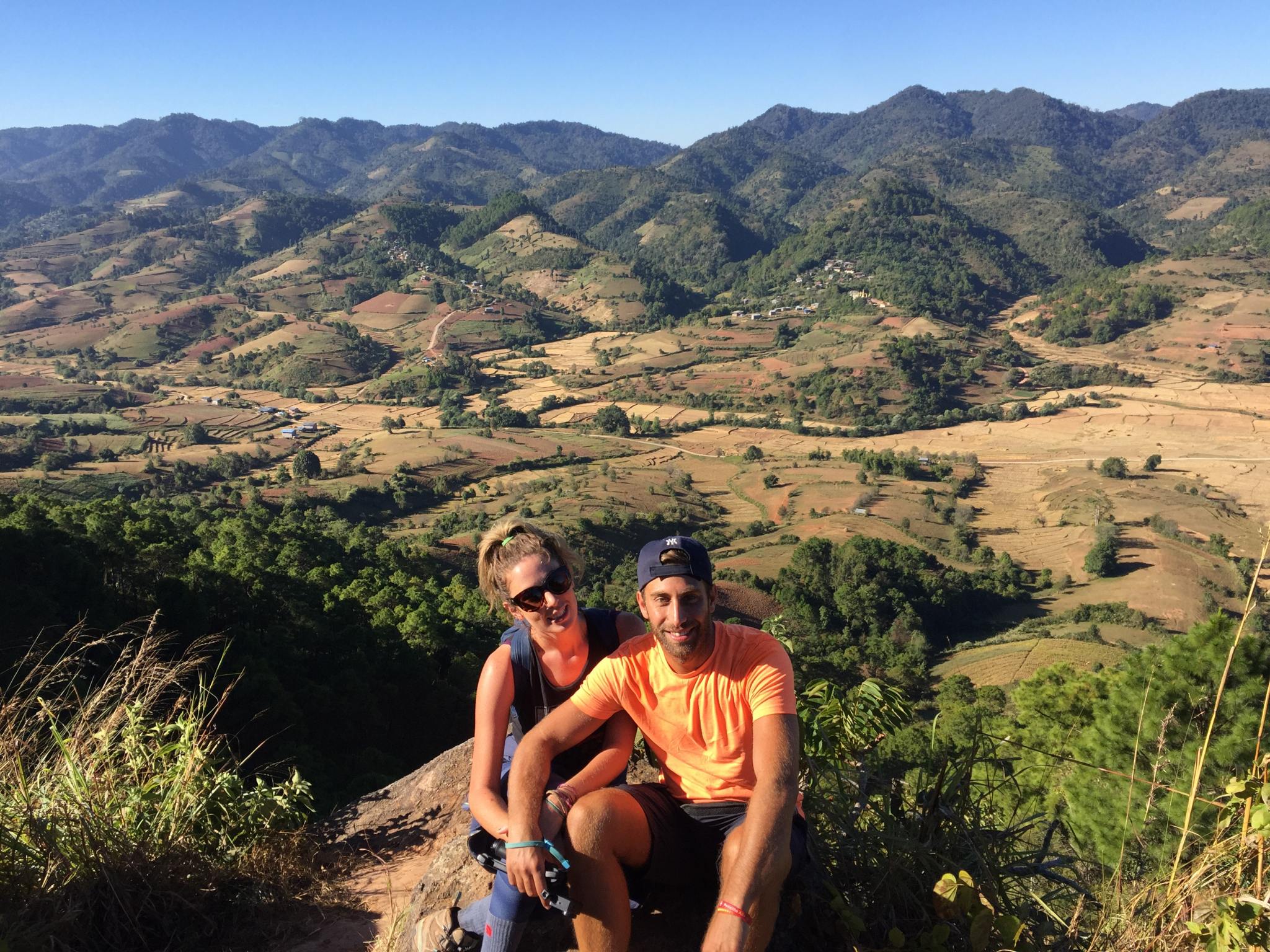 Day two of the trek to Inle Lake

After the second day of trekking (27K) rocking sunburn, blisters and glistening foreheads we headed into the village to spend the night. Another bucket wash was on the cards, freezing cold water and Dem holding a towel over a gaping doorway while I got totally naked and washed whilst questioning my life decisions.

Did I mention my feet were blistered to shit? Dem kindly helped my sunburnt self to dry and then into my thermal minion PJs that I’d picked up from a local market for the warm factor (plus they are the cutest effing things you’ll ever see) whilst I’m hopping around complaining about my feet. When he turns to me and says “just as well we’ve been dating for 4 years as this is a bit like dating a crazy 5-year-old child”. Again nothing but the glam life here peeps!

The last day of the trek was 17K complete with Thanakha (traditional face paint) and a couple of dog pals who followed us for 15K just for the hell of it! Tired blistered burnt but feeling proud of ourselves we were treated to a boat ride around Inle Lake which was 1000 kyats each as we’d completed the trek (about 60p). Even though we were exhausted it was amazing to see the lotus and weaving factories, meet a few members of the longneck tribe and see the long boats being made. Plus if we’d have chosen to see the Lake the next day it would have cost us 20,000 kyats instead! (Around £12.50).

Celebration brunch and a visit to the winery

The next day was our last with the fabulous Or-el and James and our new pal Emille in Inle Lake so we met up for brunch and a visit to the winery. I was feeling so smug knowing I was headed for warm crusty bread, beautifully imported soft butter (which tasted like Lurpak) and RED wine!! OMG the joy. I knew I was going to miss this pair loads but wouldn’t miss the food chats.. I swear I was hungry for the entire time I was with them!

Jumping on a sleeper bus to Kalaw we were amused to see that they’d given us each a red bull?! We bagged it for later and took a Valium and it was lights out, all out. They stopped for a toilet and snack break and Demi & I nearly got on the wrong bus. Arriving in Bagan we realised our hostel had lost some of our washing but considering how much we’d given them at once and how much wine we’d consumed when it came to checking it, it was no huge surprise. Which also obviously meant we’d have to buy replacements 💁🏼 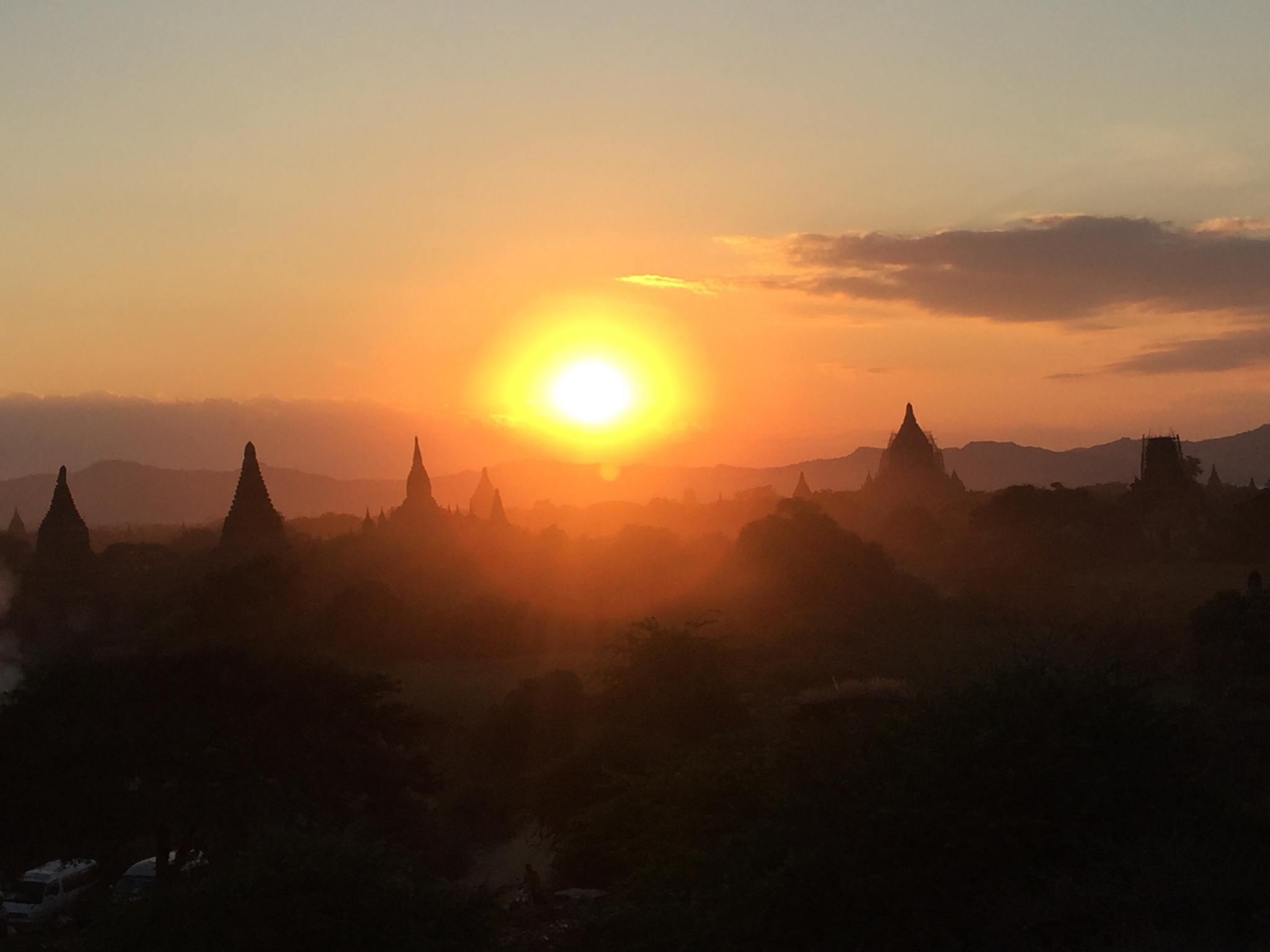 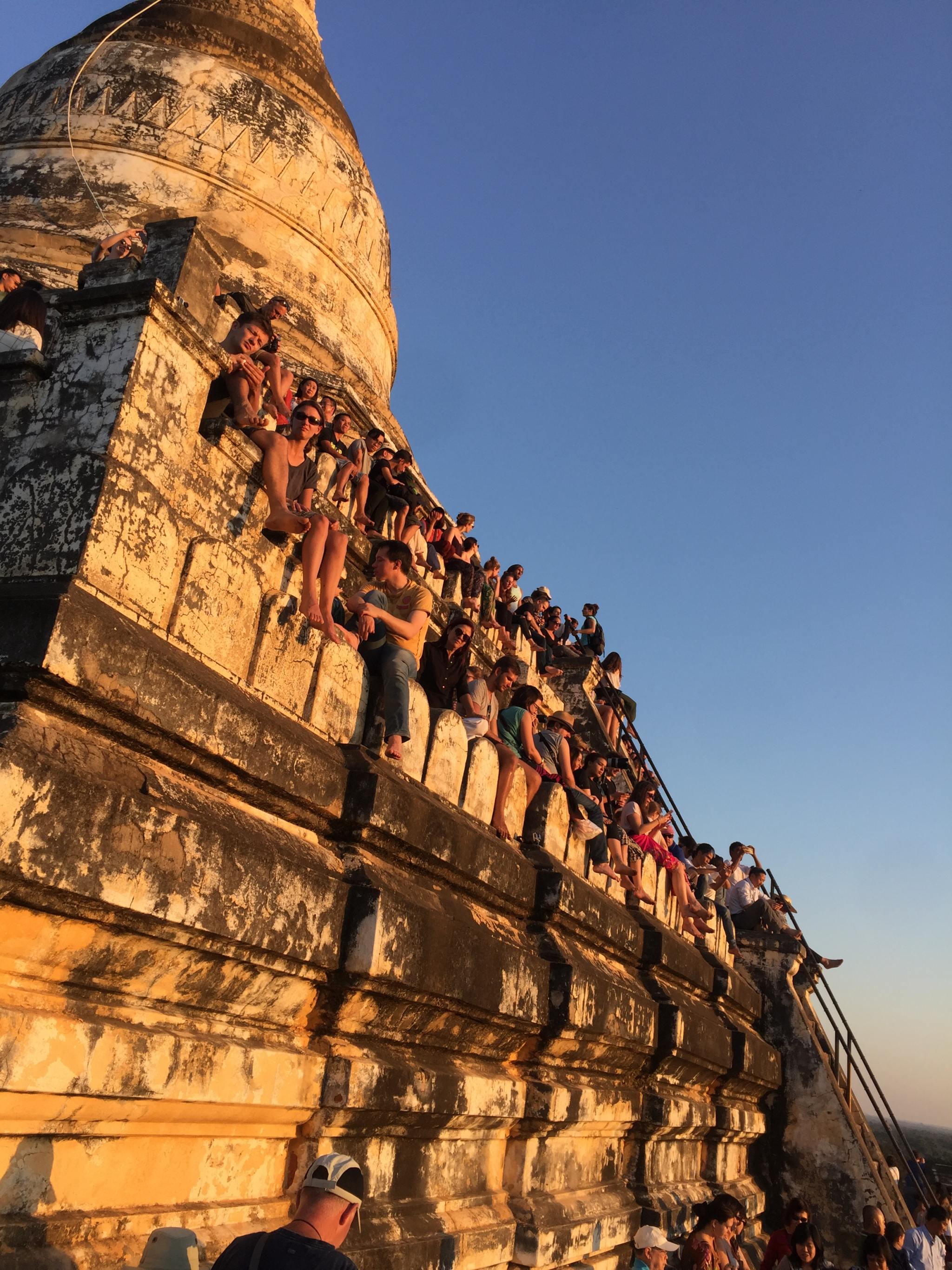 We rented electric bikes to visit the pagodas of Bagan which were 7,500 kyats for the day (about £4). They were honestly like toy bikes and even I had a go which was going well until I ended up in a spiky bush (yes Dem has it on go-pro). My favourite pagoda was Shwesandaw Pagoda which we joined a whole host of other tourists to watch the sunset which was absolutely stunning.

If you visit Bagan you simply must get an Avocado salad it is just to die for. I also became attached to the local delicacy Tamarind flakes which are served after a meal (just like after dinner mints). They have a lovely fruity, syrupy flavour and I got pretty attached to them, only to find out that it’s practically impossible to find them outside of Bagan!

On our way from Inle Lake to Bagan, the bus driver somehow snapped the zip on my bag. With an imminent flight, we thought we’d have to tie it together and wish for the best flying into Bangkok, but the owner of our hostel ensured us he knew someone who could help. No sooner than we asked, Dem was whisked away by electrical bike to a man with a plan. Within an hour it was done, no joke this man could mend a broken heart with three stitches. Faultless and all for less than £2!

Before we knew it, it was back to Yangon for the day, to await our flight to Bangkok that evening. Arriving at 6 am with a sickly Dem and a whole host of blogging and picture sorting to do before Southern Thailand, 20th street hostel saved our lives! We’d stayed there when we first arrived in Yangon. But that had been over 10 days ago, not only did they let us chill in their reception, organise our cab and use their wifi but they also let Dem nap on their sofa. Total Angels! Packing up it was time to head back to Thailand to explore the Southern Islands!