We arrived into Sukhothai by bus – which took around 6 hours from Ayutthaya. It felt even quieter and less touristy than Ayutthaya and we basically had our hotel to ourselves so were waited on hand and foot, uhhh-mazing! The chilled vibe was only disturbed by the insane thunder and lightening in the evenings and Dem’s beer induced snoring.

True to form, Dem’s favourite part of Sukhothai was the free breakfast. He’s eyeing up the chicken (chicken for breakfast?!) then turns to me and says, “but is it chicken? “They’re sneaky out here it could be jungle pyjamas or something”. Honestly! Breakfast options included traditional Thai style barbecue pork with sticky rice as well as an assortment of chicken and fried dough. There was also some continental options, toast and cereal etc. Dem worked his way through all three options and was planning his fourth attack when I intercepted and dragged him away.

Our hotel provided us with bikes to go and visit the Historical Park which was stressful as my balance is as legit as the rules on the road here. My favourite road rule in Thailand is, that if you’re going left then you don’t need to stop at red lights, I mean what the?!

Sukhothai was beautiful and the locals were as friendly as ever but there isn’t heaps to do, so two nights was plenty. Also we were planning a hostel stay in Chiang Mai which we were looking forward to trying our (anything to stop poor Dem from being stuck in a room with me playing Ariana Grande on repeat!)

Pulling into Chiang Mai the air is cooler, there are elephant pants on bustling stalls and there is music spilling out of every bar. Chiang Mai has definitely been my favourite stop off in Thailand so far. There’s SO much to do – we extended our stay from three days to five just so we could fit everything in!

After getting over the initial shock of staying in a hostel and having one small princess sized rant about feeling like Harry Potter, I got over myself. There may not be free slippers and a fluffy bathrobe but the social side of things is great and you can’t put a price on the stories you hear. It’s weird the things you become grateful for, instead of freaking out at seeing a rat run up Dems leg, it just made me grateful that it wasn’t my leg! (Thanks to AJ for that little bit of logic!) 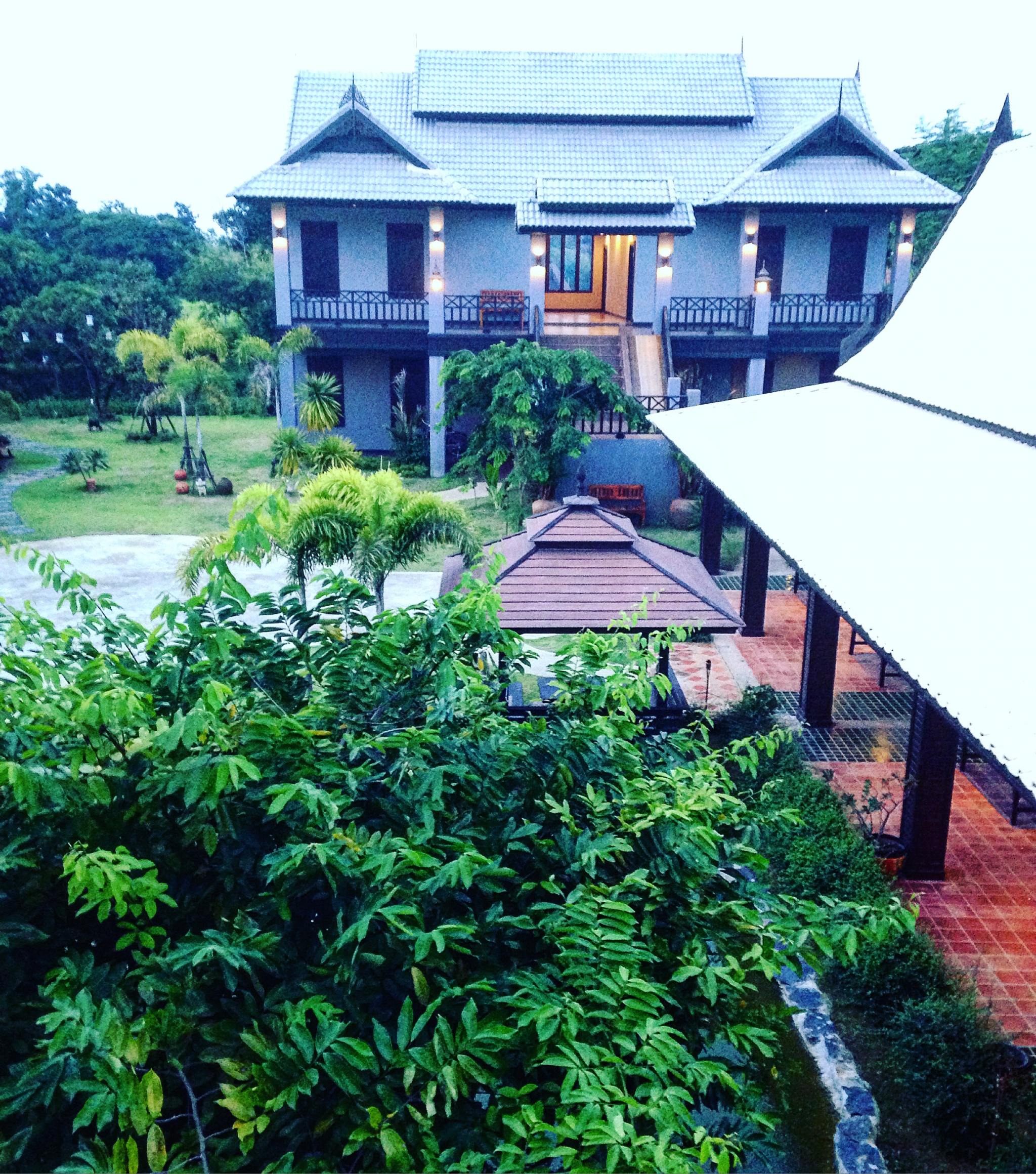 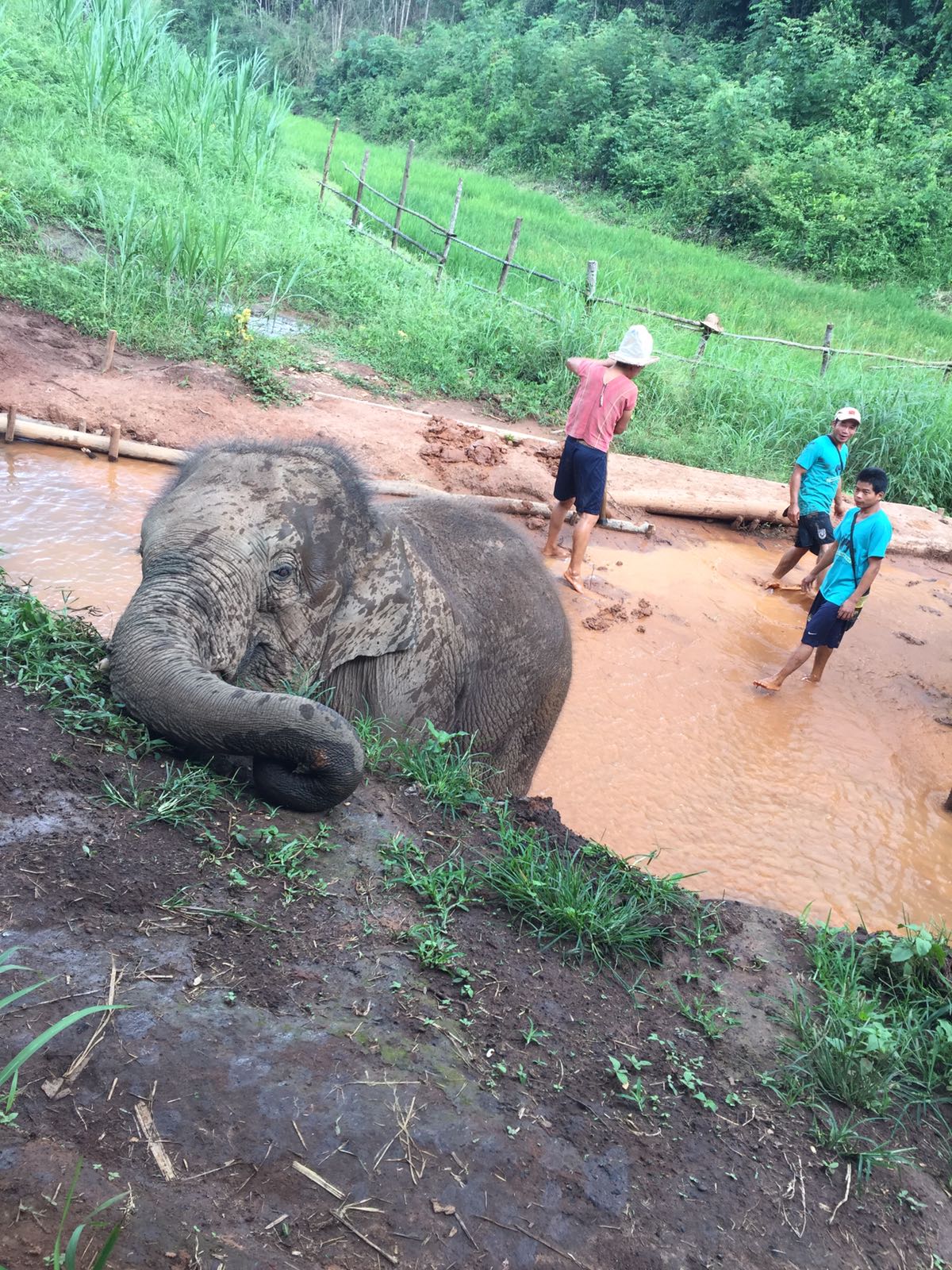 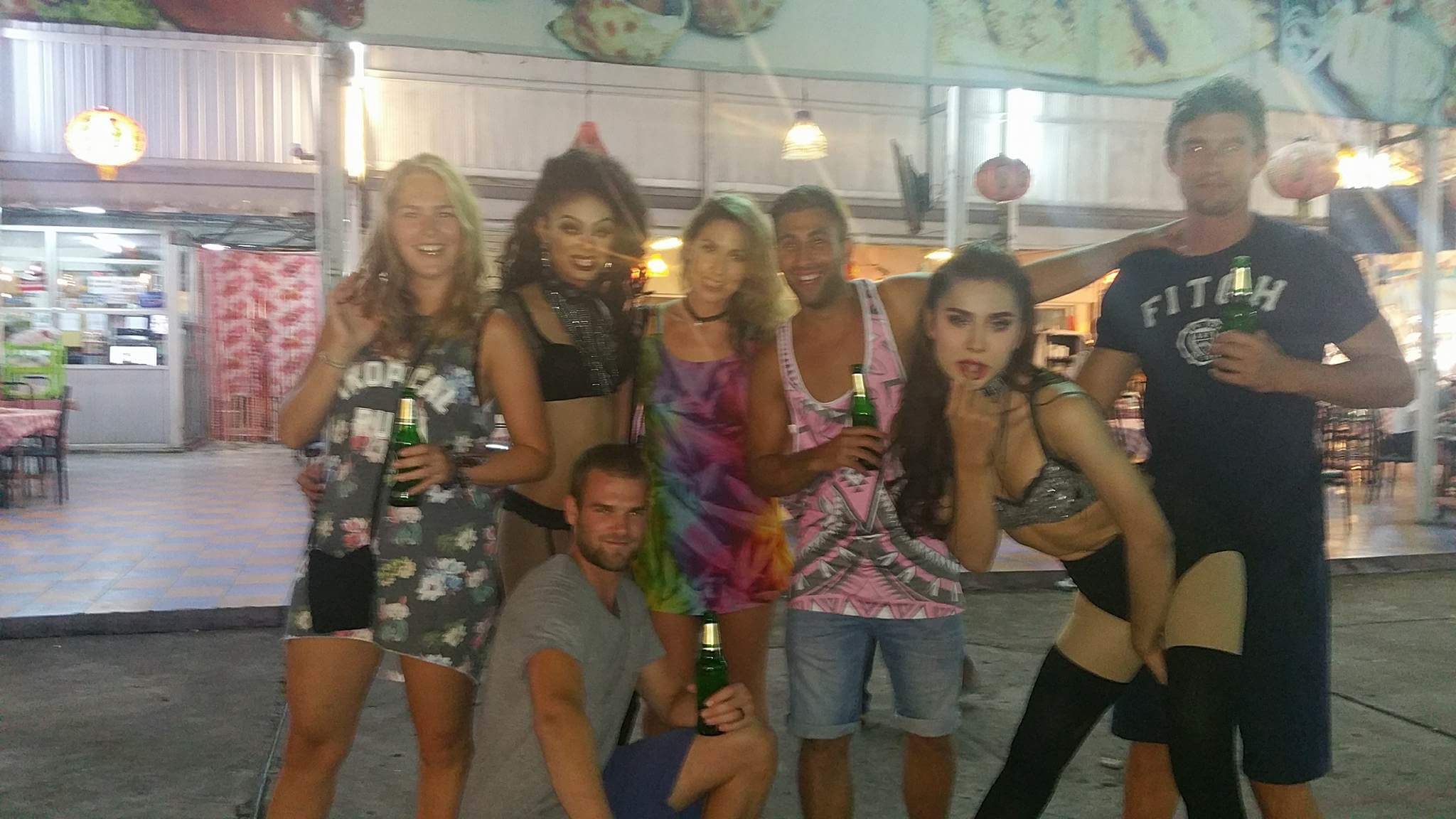 On our first full day in Chiang Mai, we decided to rent a moped. Of course, my loyalties firmly lie with Honda and that was what we had been planning to hire. But instead, we were given a Yamaha. As we were only renting a scooter we thought there wouldn’t be much difference, so we just went with it. MISTAKE. Sorry to be terribly crude but after 4 hours sat on the back of it, it felt like I’d been smashed up the ass with a baseball bat. The seat at the back is so small and thin you would probably be more comfortable if you sat on your hands.

We decided to drive up the highest mountain in Thailand (Doi Inthanon). As usual, we’d done some research into what you need to take, the route etc. But this time we decided to ignore all the good advice given to us in the blogs regarding warm clothing and set off in shorts and a vest. Oh my god did we underestimate how cold it would be at the top. We did wonder why people kept coming past us in ponchos as it was still relatively warm at this point. Boy did we look stupid 10kms later, running into a roadside hut to buy all of the warm things that we could find (hot chocolate, ponchos, you name it, we bought it) much to the amusement of the locals.

Our favourite experience in Chiang Mai was hiking up a mountain with four elephants that were saved from a life of abuse courtesy of Elephant Nature Park. Feeding them, covering them in mud and bathing with them was just the most amazing experience. We were also a group of only four so we had an elephant each and 6 guides so it gave us the chance to get to know the elephants and really immerse ourselves in the experience.

As we were now fully settled into our second week of travelling we decided to do the sensible thing and go to a Lady Boy show. We had no idea what to expect and it was brilliant. I know there’s sometimes some tell tale signs with these dudes (Adams apple, larger hands/feet etc) but with some of them you legit CAN NOT TELL. & from a few stories overheard in the hostel, mistakes can easily be made…

Among trips to the night bazaar, more nice food than I can mention and some hardcore waterfall exploring, Dem was keen to cliff dive into the Canyon. But as he so eloquently put it, that due to over-funning himself the evening previously that there was a good chance he would have been sick or shit himself mid-jump. Man am I lucky?!

As much as I’ve LOVED Chiang Mai I’m fully ready for chilled out Pai vibes. Also in Pai I’m officially banning Dem from eating Pringles in bed and I’m determined to stay away from midnight cheese and ham toasties for the love of all good beach selfies!