Anyone that follows me on Twitter will know how much I love a poll.. maybe it’s because I have a curious and inquisitive mind? Maybe it’s because I can’t make a decision? We’ll never know. The population of Twitter (where I spend a hell of a lot of my commute and lunch times) voted for a puppy post.

What can I say, she’s fluffy cute and I love her, the end. I’m kidding, where do I even begin? So much to say, so little time!

I’ll start with how different a commute is avec small ball of fluff. Most people use their commute to work, catch up on the latest celeb scandal (guilty), blog, read, add everything to ASOS wish list (again, guilty) basically all eyes on screens people, god forbid you might actually catch someone’s eye or look out of a window. I mean I totally get it, my first instinct when I see an animal is to say hello. My first instinct when I see another human is to avoid eye contact and hope it goes away. 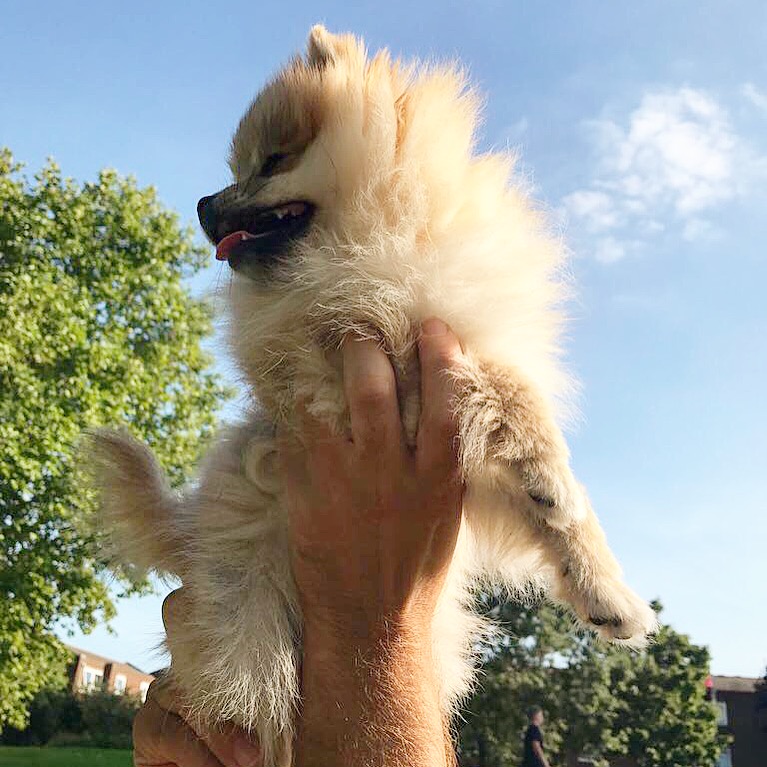 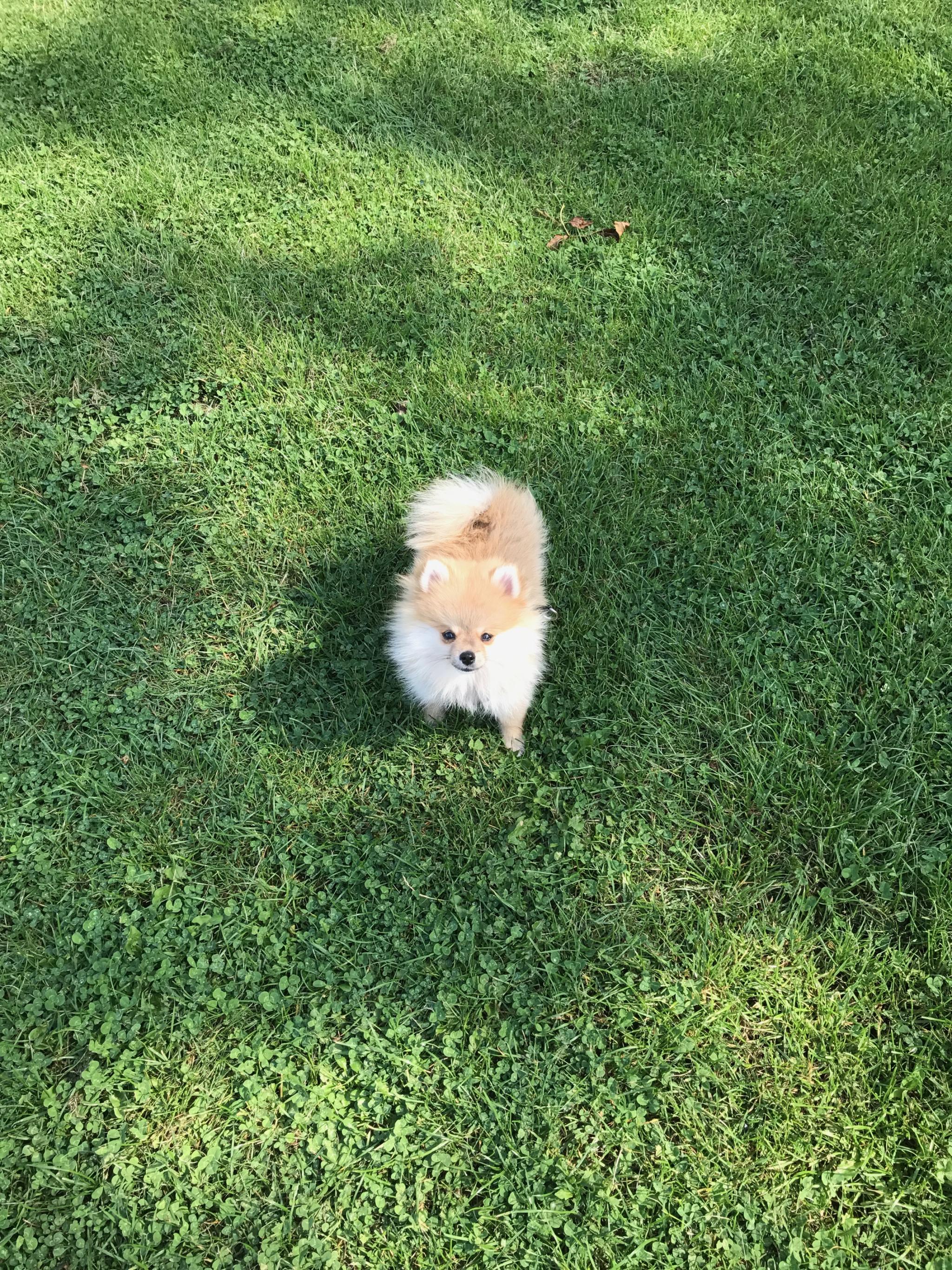 But get on a train with a pup and people actually look up from their Tinder super-liking spree and smile. I’m greeted with rows and rows of smiling faces, it’s like I’ve stepped into the episode of Black Mirror where people have to rate each other on face to face contact. People, in general, are much nicer when you have a dog, so much so, that I actually find it strange that people aren’t smiling at me when I don’t have Bear with me.

My dog is their dog

Secondly, dog people have NO shame. My dog is their dog. Public property. Do they ask to pet Bear? Do they hell. No sooner than I’ve sat down, hands will literally find their way to my lap, which is not really what you expect or want on your 8 am train to London Bridge.

You also know when someone has spotted Bear before you’ve probably even spotted them.. from the noise. That high pitched squeal is sure to be Bear related. Bear has featured on numerous snapchats of people that know people, that know us… it’s weird, right? We have become invisible, now only known as “Bear’s owners” which is funny because she definitely owns us!

I’ve said it before and I’ll say it again, people that smile at my dog are my kind of people. As much as I don’t go wild for the lap action in the morning (behave) I love that Bear makes people happy and brightens their day. I do actually get a bit offended when people don’t like my dog, what’s not to like? When you’re met with open distaste and teeth kissing because my little fur baby is minding her business and curled up asleep on my lap, I have to bite my tongue from launching into an open monologue on dodgy weave’s, bad attitude and terrible contour blending.. Felicia au revoir. 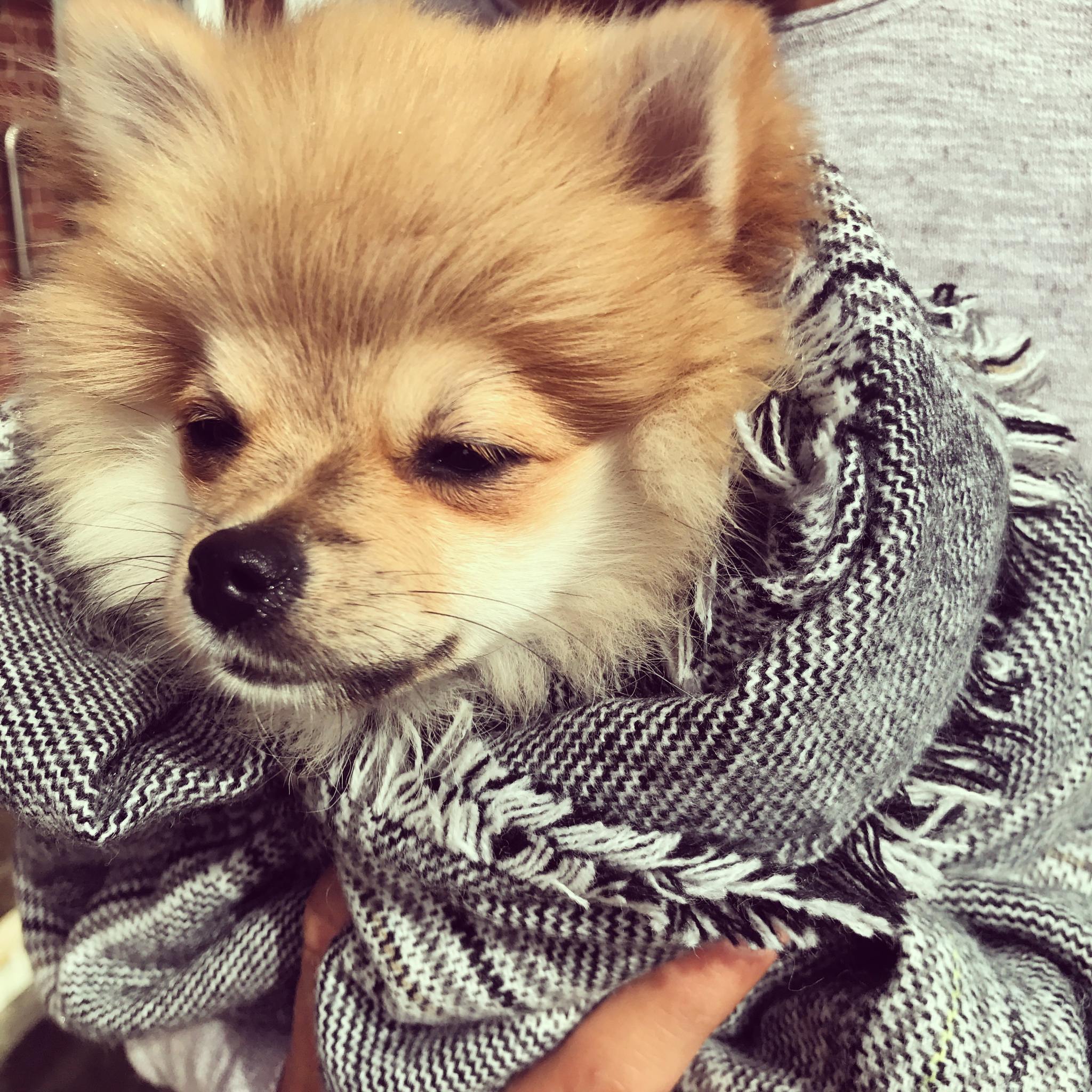 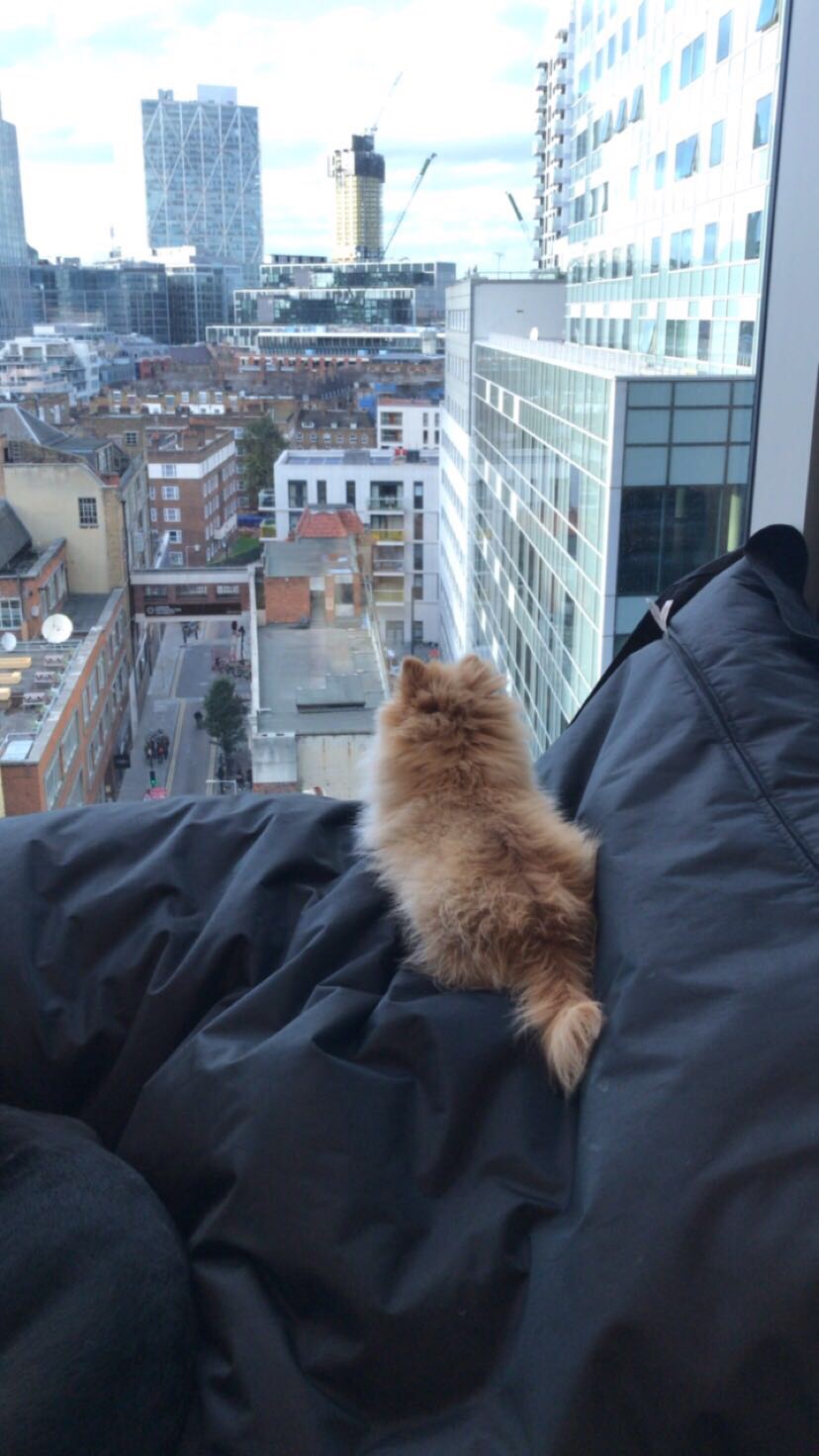 Also when 3 out of 4 people run over to stroke Bear and one doesn’t, you do accidentally start judging them – allergic? anti-dog? alien? or… a cat person. Like WTF your cat doesn’t even like you, Helen.

PSA: I don’t fancy a chat

Taking your pooch for a walk in the local park is like marching around carrying a big sign saying you’d love to chat. I don’t if you were wondering.

I’m sure you can guess who the friendliest dog parent is before I’ve even typed it – Dem is one of those people that everyone seems to naturally gravitate to, so of course is a total natural to “dog chat”. Whereas I can usually be found trying to rid myself of the mud that’s lodged itself in the open toe of my impractical boot whilst wondering how long I can get away with stroking the dull person’s dog for, before I have to make nice chit chat.. the struggle is oh so real.

Another thing is, you get stopped A LOT. If you have a puppy with you need to give yourself an extra 10 mins to get anywhere in case of wandering hands, children who think you’re walking a tiny rabbit oh and the inconvenient shitting. I know you just walked me and your train will be arriving in 2 mins but that busy bar where everyone is sat outside braving the autumn air, right in front of George’s birthday celebrations, that’s when I’ll need to go. 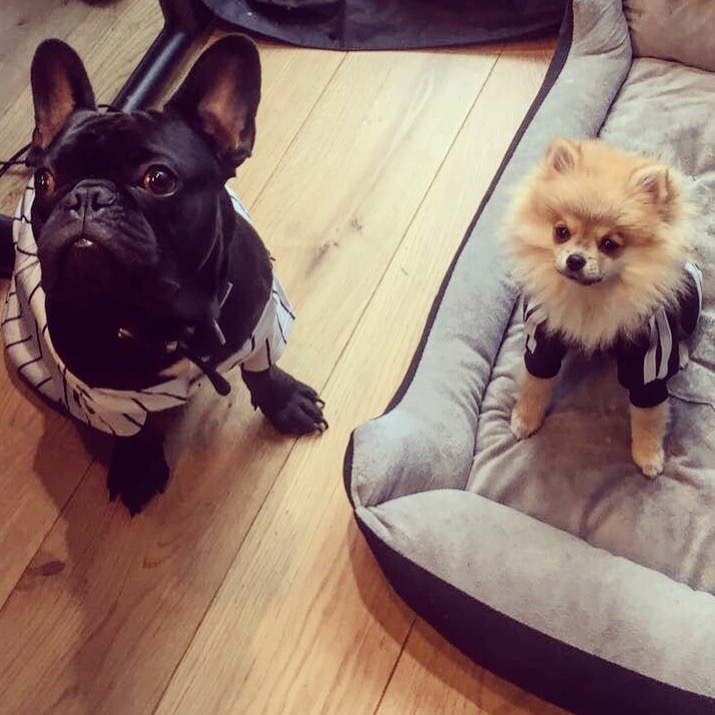 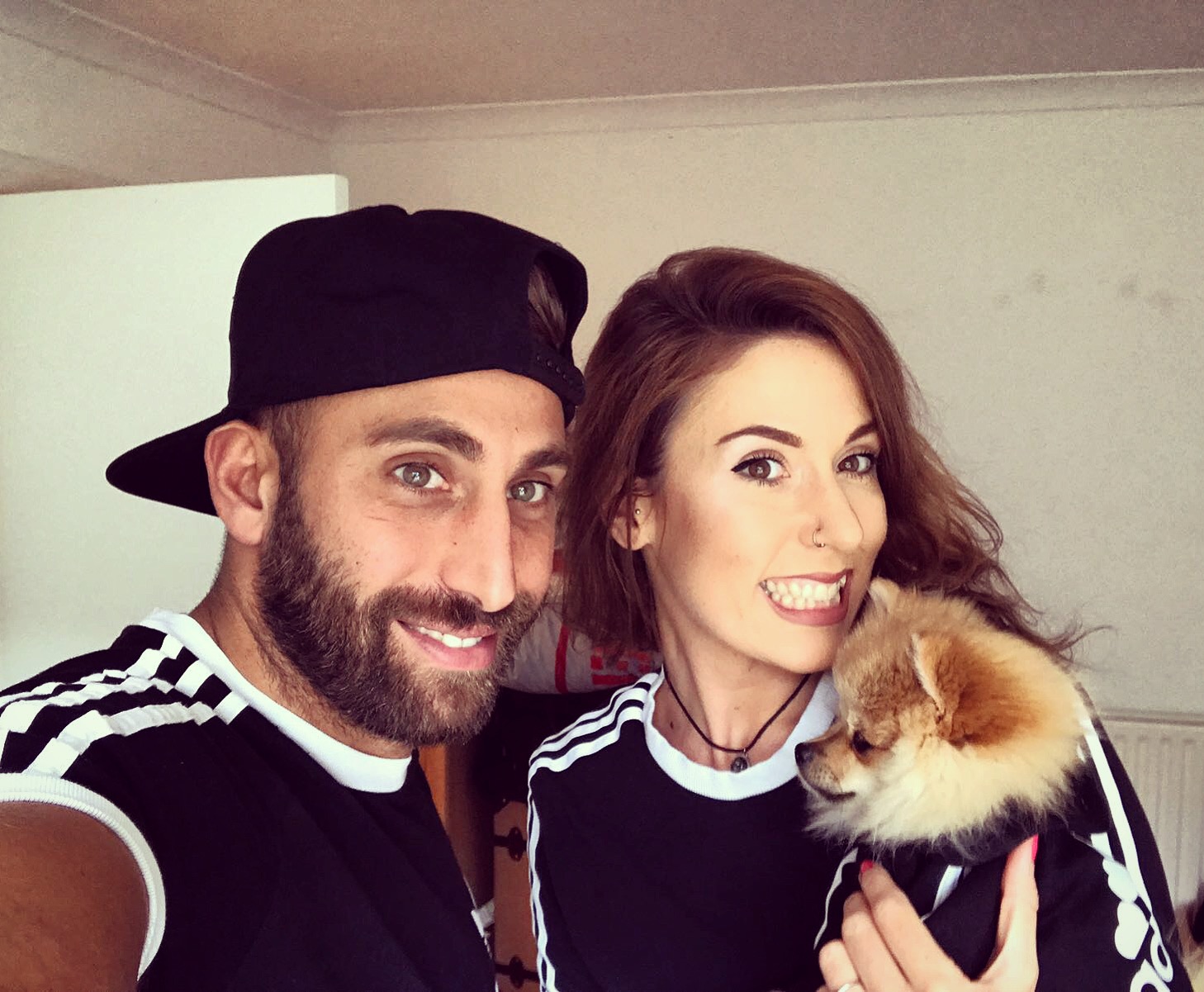 It sounds bad but I’m selective with who gets to stroke Bear. I know that puppy strokes are unlimited but dirty hands? Not today Steve, go clean those bad boys, do you know how much agg it is washing something the size of a double cheeseburger with claws, that is strongly opposed to being washed? Also if someone is far too keen and look like they’d sell a family member or a kidney for a dog (and they can easily be avoided, they’re a no as well). I don’t rate my physical ability to chase psycho Sally down Peckham high street to retrieve my dog.

Get used to being papped. People you don’t know will take pics, loads of pics. Bad hair day? Breakout? Unmatching socks? It matter anyway babe no-one’s looking at you. It’s all about the fur baby.

It also amuses me when people challenge the number of pics I take of my dog… like dogs come with a picture limit? I bet they’re the same people that say it’s too early to be eating, if anyone knows what a dogs picture limit is or what time stomachs open – HOLLA!

If you’re as dog-obsessed as I clearly am, feel free to go get your daily fix of sassy fluff here @excusemypom 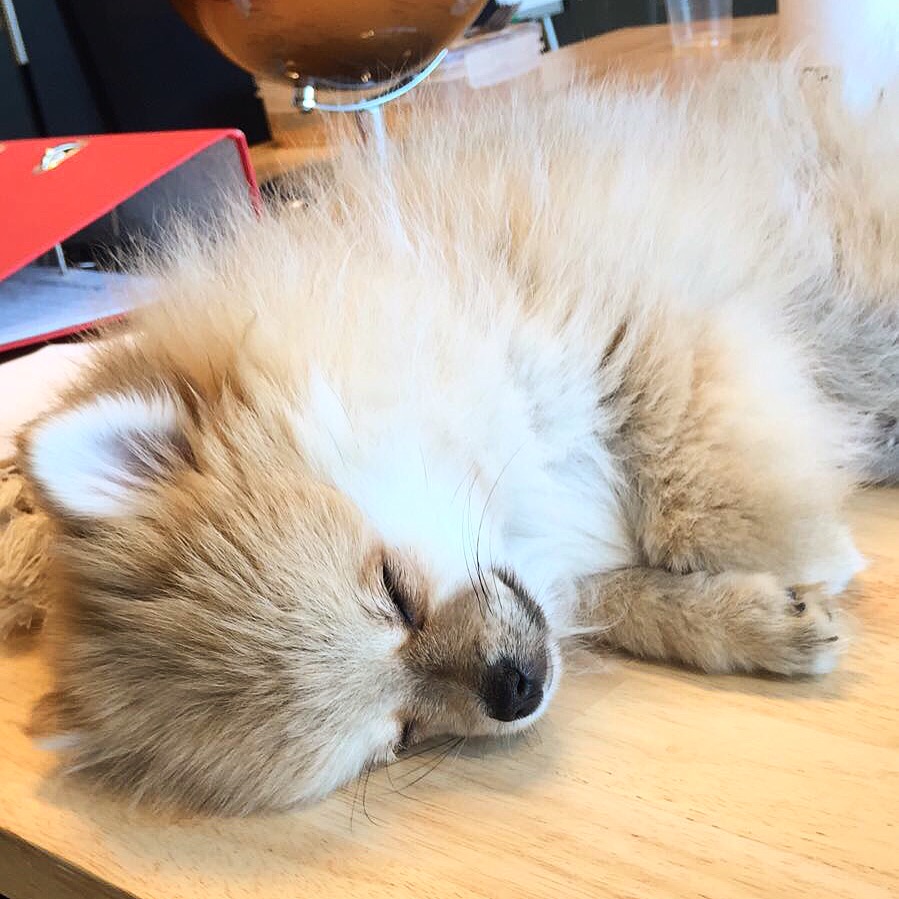