Fun fact: I used to carry my own little crystal to stop me getting car sick on long car journeys (I was a weird kid mmkay) I found out years later that this “crystal” was in fact just the lid of a wine decanter. True story.

The Crystal Maze Live. What. An. Experience.

I lose interest in things REAL quick, so asking me to look for clues and engage my brain when I’m partially hungover, slightly tired and starting to need the toilet. You don’t want me on your escape room team basically. 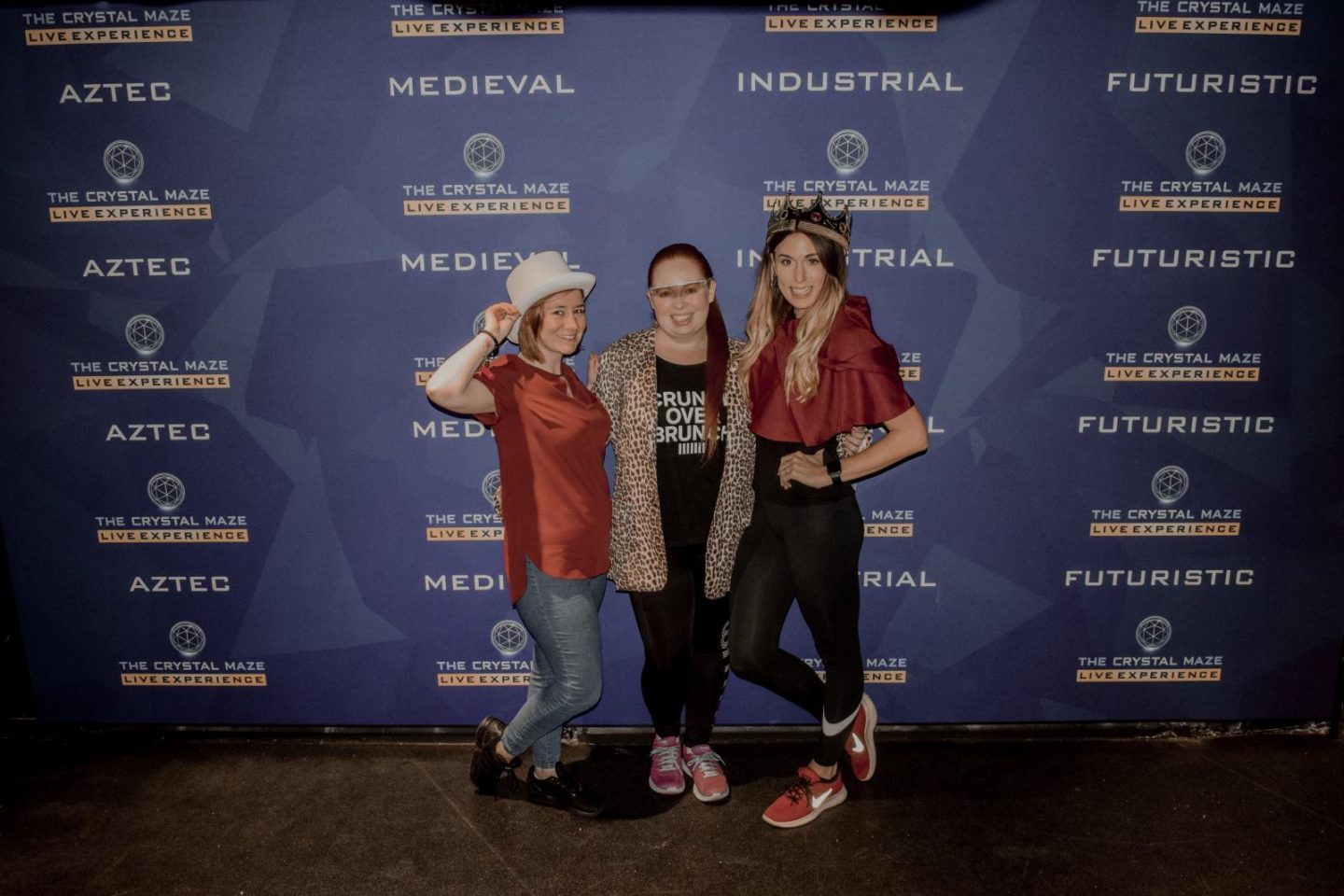 As well as being hella fun, gaining a few bruises (me and my overzealous jumping around) and laughing a lot, during our 75 mins in the maze, I actually learnt a few things about myself at the same time…

5 things I learnt about myself from completing the crystal maze

1. I am all sorts of competitive

This was a new one for me, I’ll be honest. I was a kid that would play games, just for the fun of playing. Put a crystal up for grabs though and watch me go. I feel like as soon as I stepped foot into the maze I was pumped and it did feel like the real thing, it even smelt how I would imagine the TV show to smell!

The competitiveness started in the bar where we were sipping our lemonades and waiting to get started (no alcohol allowed before you go in – could you imagine the carnage of drunk people running into walls) I was asking everyone for clues – and not getting any.

There aren’t really any to be had, to be honest you just have to use your noodle or your body, and hope for the best. That being said, be prepared to be plagued by any challenges you fail, because if you are anything like me, they will play on your mind. If only I’d had 5 more seconds…

Kind of knew this about myself already but the lack of shame was heightened in the maze.  Ask me to crawl around on the floor, hands and knees? Tap on a door, do a press up, sit on a throne – imma do it. At one point I was jumping up and down yelling “what do I doooo?” while my teammates watched/sniggered as I went from cool calm and collected to hot mess Han in 0.5 seconds.

I’m always a bit dubious about “characters” and the Maze Masters are most definitely a whole other level of crazy. But you simply can’t help but get carried away in the excitement of it all – if you’re not chanting or jumping up and down at some point during the maze, I question your level of humanity… 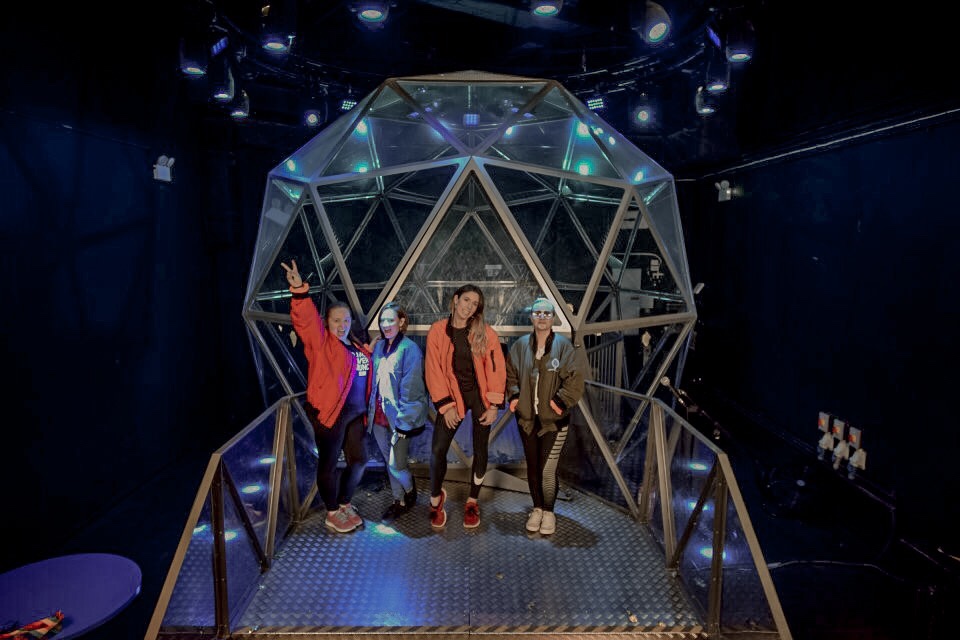 3. I will run for the greater good

If the maze master tells you to run. B*tch you run. Did you even go to the crystal maze if you didn’t run around like a small child, shouting at your team, cheering, clapping and giving high fives on command? I went in running and came out running. Whereas normally I wouldn’t even run for a bus.

4. I would back my physical skills over my mental ones

Give me activity over brain power – all day every day. Ask me any basic maths question, or any maths question to be totally honest and you’re going to get a stupid answer. The tasks are split into three categories, mental, mystery and physical, and after watching (and not being very helpful) with a mental challenge, I wholeheartedly signed myself up for all things physical.

5. Sand down my bra doesn’t phase me

Not when there’s crystals at stake huns. Next time I’m at the beach and a bit of sand gets stuck in my bikini. I’m just going to leave it there. Well we’ll see how long that lasts…

Some tips for potential maze goers:

On a real note – I’d defo recommend trying the maze out for yourself. It makes for a great group activity or team building exercise, just be prepared to see a side to your mates you might not have seen before… tickets available here! 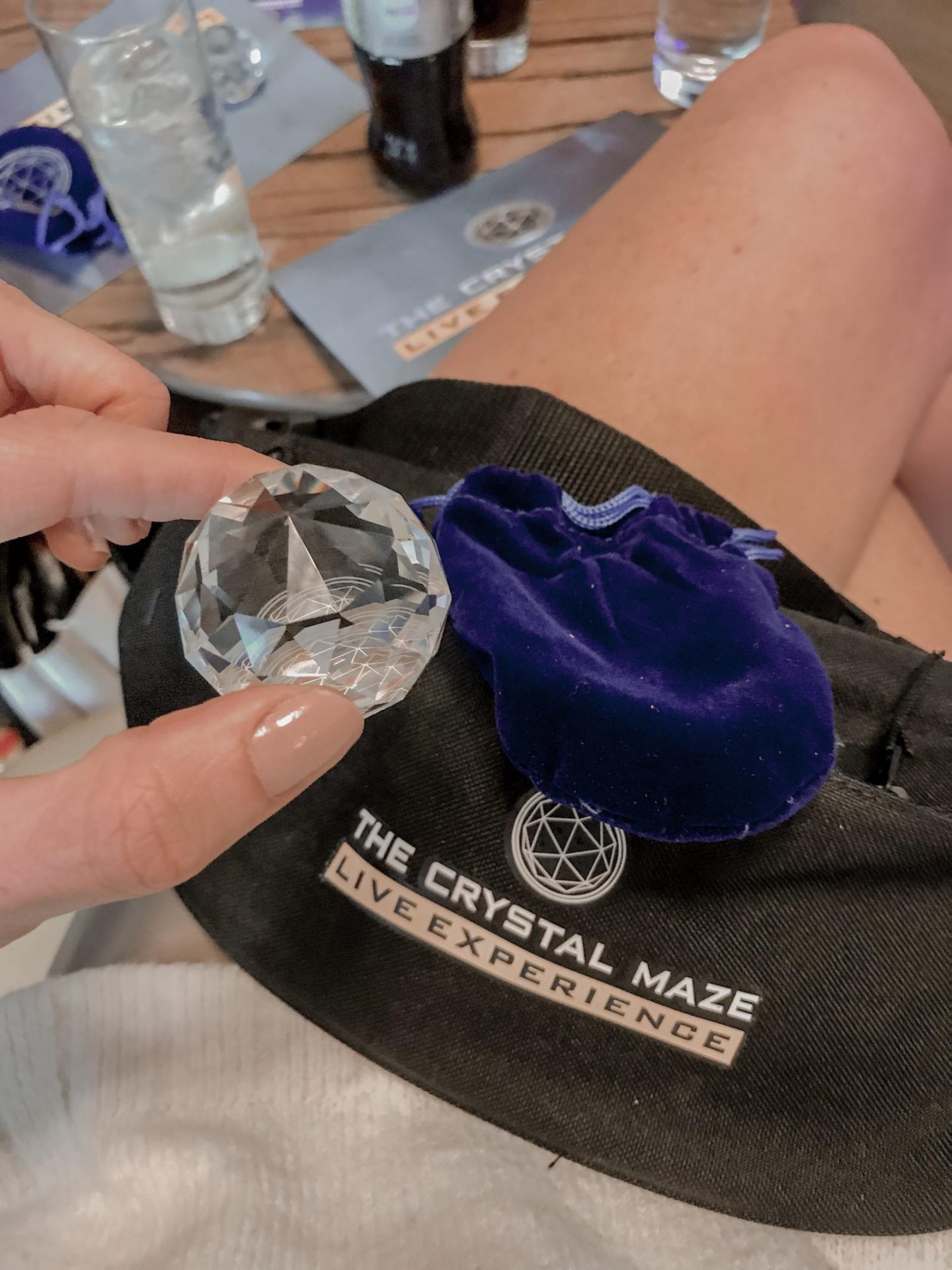