I’ve been typically horrendous at blogging lately which is no surprise, but as it’s mental health week I thought I’d scribble a few lines and share my personal journey over the last year.

After being diagnosed with anxiety a few years back and dabbling with CBT, I thought I’d pretty much seen the back of it and got rid of it tbh, all within 7 sessions of therapy. So when I was run down and had a surprise anxiety attack last August on the train home it knocked me for six, quite literally.

For one I thought I was dying, naturally. An over-thinker at the best of times, when presented with shaking, shallow breathing, distorted vision and dizziness, all rational thought left the building. I had three days of feeling so shaky and panicked I couldn’t eat very much and just wanted to sleep. I couldn’t concentrate on anything, I couldn’t even scroll through my apps on my phone (shock horror) without feeling sick, I threw up sporadically and my head felt as if it was rattling.

I’d booked in to see the doctor for blood tests due to all of the above and they all came back normal and said I was as healthy as I could be. I’d be lying if I wasn’t hoping to be diagnosed with an ear infection or minor virus to explain the meltdown my body was having, but nothing, nada, not even a sniffle. After having a chat with the doctor and some extensive Googling, everything pointed to one thing, an anxiety attack.

Ok great, my anxiety had just levelled up. 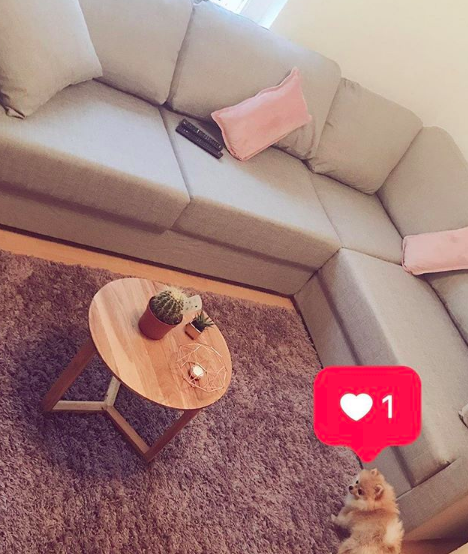 Note: That weekend – I’d moved into a new house with no furniture, had a really busy weekend, got a new puppy, got a brand spanking new commute oh and hadn’t slept very much plus the obligatory hangover. Anyone that knows me, also knows how much I enjoy change, NOT.

What does it feel like when you’re having an anxiety attack?

Ok imagine you’re in Tesco’s buying a meal deal, you have your falafel and hummus wrap selected, so what drink do you choose? Well, there’s so many to choose from, do you go for the smoothie you like, or maybe water, diet coke, smoothie, water, milkshake?? People everywhere. Why are there so many people? Where did that queue come from? Definitely going to be late now. Pick a drink! Concentrate. Remember when you said something stupid at the work party 3 years ago? Why are you like this? You don’t even like meal deals, why are you in Tesco’s? Brain: Ok fast breathing, why are you breathing so fast? How does breathing even work, are you thinking about breathing right now? Oh here come the shakes. Whoah, dizziness. That’s not normal. Omg your handbag* is on fire, where’s your purse? Put down that falafel. You’re going to be sick. Leave Tesco’s. Fresh air, I repeat get fresh air.

*Don’t worry there were no handbags affected in this anxiety attack. But when an anxiety attack presents itself, it’s overwhelming, lights, movement, speaking, the simplest of tasks can seem too much to deal with.

The most fun part of anxiety is that sometimes your brain can trigger itself by recognising a similar situation and replicating how you felt in that situation. Thanks, Brain! So remember my first attack happened on a train, guess who couldn’t get on a train for a few weeks without feeling v.uncomfortable. Which was handy being the mode of transport I use every day to get to work… Which sometimes caused me to get off the train at any old stop and get a taxi, just to get out of the situation – Dem’s Uber account took a pounding in September, SORRY babe!

Another one happened after I gave blood, the light headed feeling triggered how I felt when I had my blood tests at the height of my anxiety. I felt a bit shaky in the evening but what really screwed me over was heading to the gym the next day. Getting lightheaded the day after giving blood sounds fairly legit right, but nope that was it, PANIC. My vision blurred and I sat outside on the phone in tears, eating parma violets in attempt to get rid of the shakes, while Dem consoled me and refrained from saying “I told you so”.

I went back to the doctors and to be completely honest he was lovely but on finding me in good shape wasn’t really sure what to suggest apart from group CBT and even though he was suggesting it, he didn’t seem like he really understood too much about it. If you read my last blog on MH you’ll know I’m very much team CBT and can’t explain how much it helped me the first time around. With mental health only being something that has just started to be talked about, it’s understandable that therapy can still seem a bit of a dark art but it did make me think how tough it would be for someone who was in the same situation who didn’t have the same support network and previous experience as me.

I walked out of the doctors and gave myself a two-week timeframe, if I was still struggling in two weeks I’d go back to CBT and luckily since then I’ve been SO much better and have felt so much calmer. I wouldn’t rule out CBT again in the future, but for now, I’m bossing anxiety, I still have my moments I feel shaky and anxious, but I’m just not letting it rule me, sorry not today huns! – I also haven’t had a full blown anxiety attack since last August which makes me very happy and have found some things that help me out when feeling anxious. 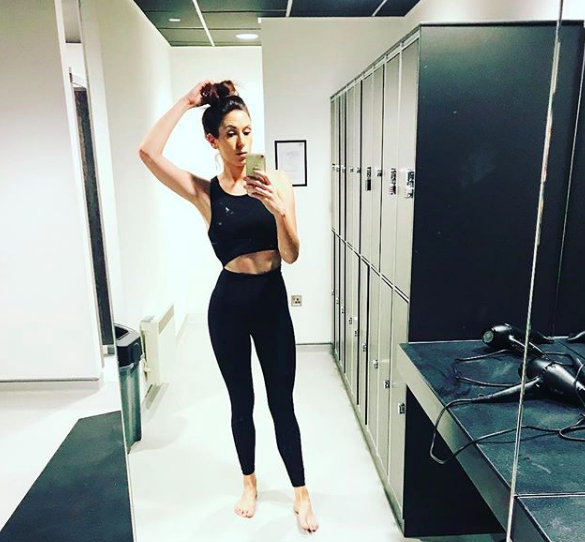 A few things that help me manage my anxiety

Things that don’t help/ things to try and avoid 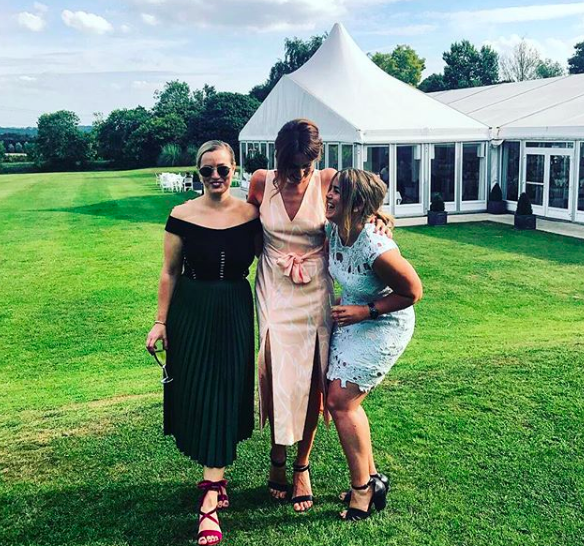 I’m glad that mental health is being spoken about more and is no longer a taboo topic. It’s not something to be ashamed of, it can be a total pain, it can come on from no-where, but it can be managed and overcome. The more people talk about it and share their experiences and tips and tricks, the more we can help each other and kick its butt. One thing that’s really helped me is knowing that even when it’s really bad, it’s not permanent, it will come in waves and just like it came, it will go again.

It’s easy to scroll through the ‘gram and think everyone else is hunky dory – this picture was taken at my friend’s wedding a week or so after my first anxiety attack. I nearly had to miss the wedding due to how shaky and dizzy I felt. But there was no way I was letting anxiety win and missing seeing one of my BFFs get married, so I won that battle! It’s easy to think that other people are only ever living their best lives, but everyone is fighting their own personal battles. Not every illness can be seen or comes with obvious symptoms, but whatever it is you’re going through, you’re not alone. If anyone wants to chat through anxiety, panic attacks or any coping mechanisms you’d recommend (or a new phone game – Flappy Dunk is becoming tiresome) then drop me a line xx