We were invited to try out the menu at Oslo Hackney which is a live music venue and restaurant nestled in the centre of Hackney.

I say nestled, Oslo is actually housed in in the old Hackney train station which makes travel time a complete dream as you can literally step off the train and straight into the restaurant.

Hackney twice in one month, am I edgy yet?

Nope. I’m still about as edgy as a circle but I’ll tell you something, Hackney is totally growing on me. There’s a very cool vibe to the area, lots of cute little coffee shops, artisan bakeries and trendy bars but not too many that it’s gone full scale wanky (ahem, Shoreditch).

I’m always dubious about new areas and am a self confessed SW London girl through and through, but Hackney I have to say, I am a fan.  Right, on with the review. 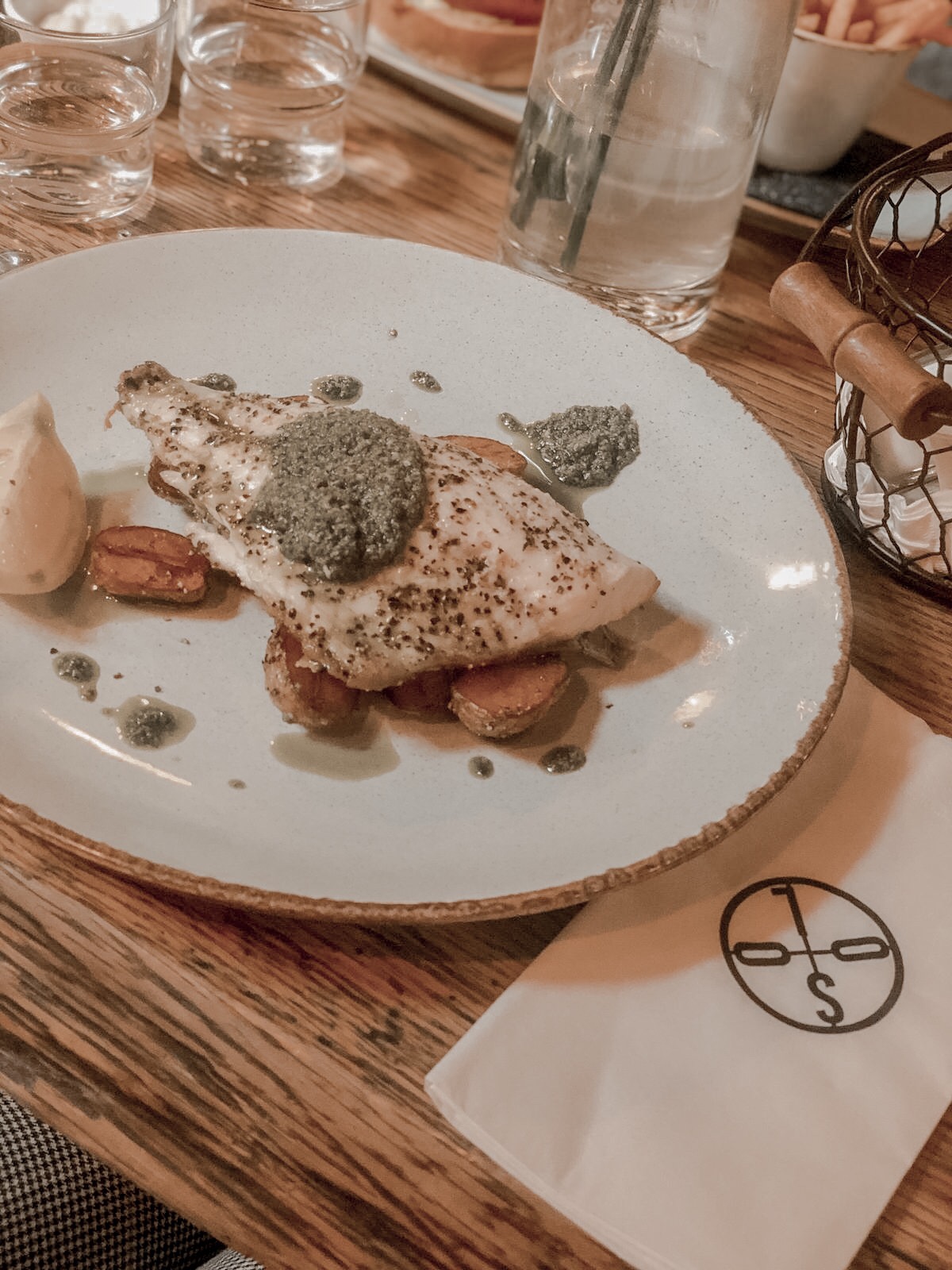 Live music venues and good food don’t normally go together in my opinion. Generally you’re greeted with bouncers that make Mariah Carey look easy going, shit food, sticky floors and that obligatory dude that looks like he’s been glued to the corner of the place since time began.

But we were pleasantly surprised, there was no stale beer odour and the decor was simple but laid back. Think baskets for cutlery, long wooden tables and trendy light fittings that reminded me slightly of tiny friendly ghosts… just me? Scroll down to see what I mean! 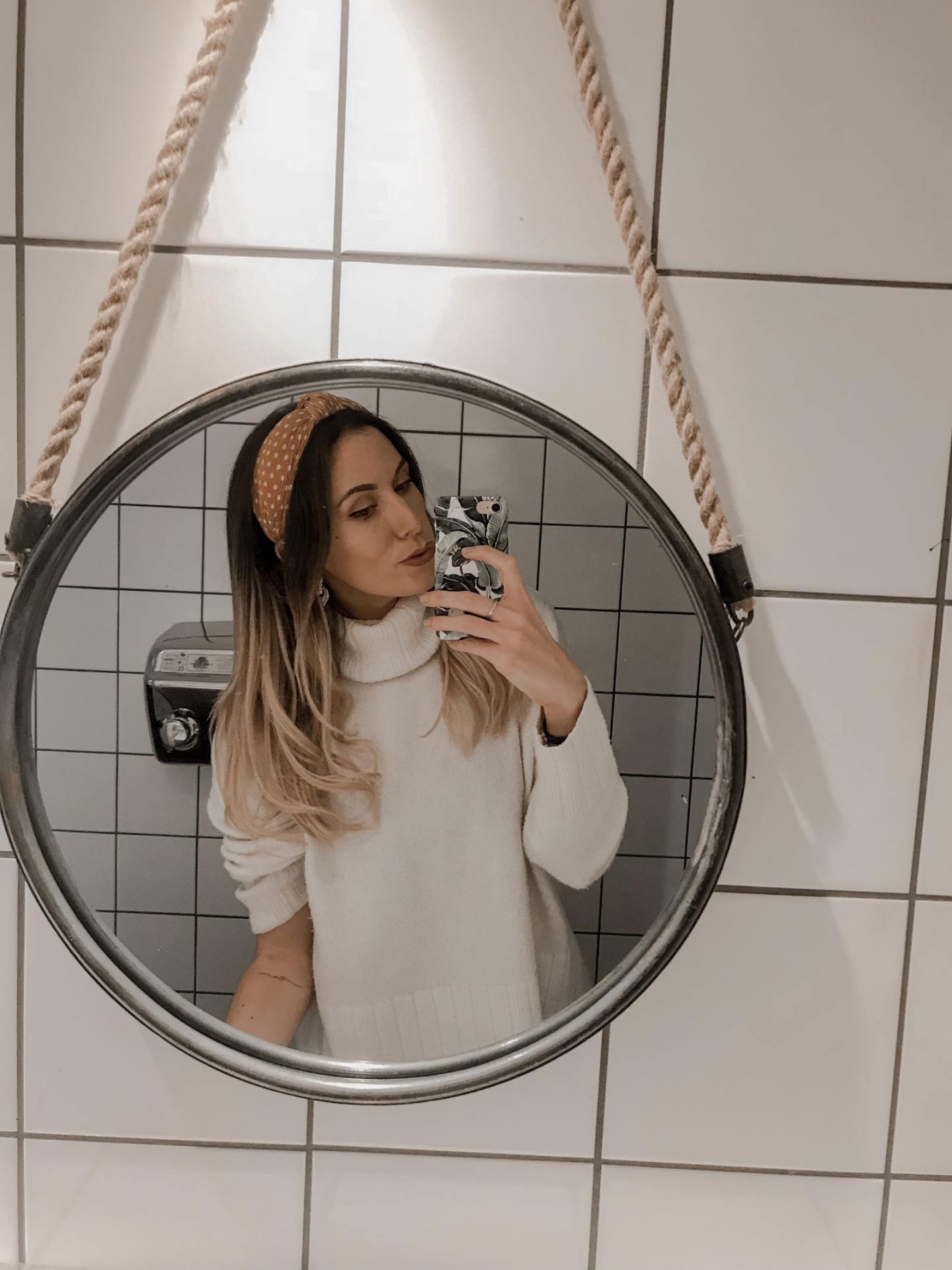 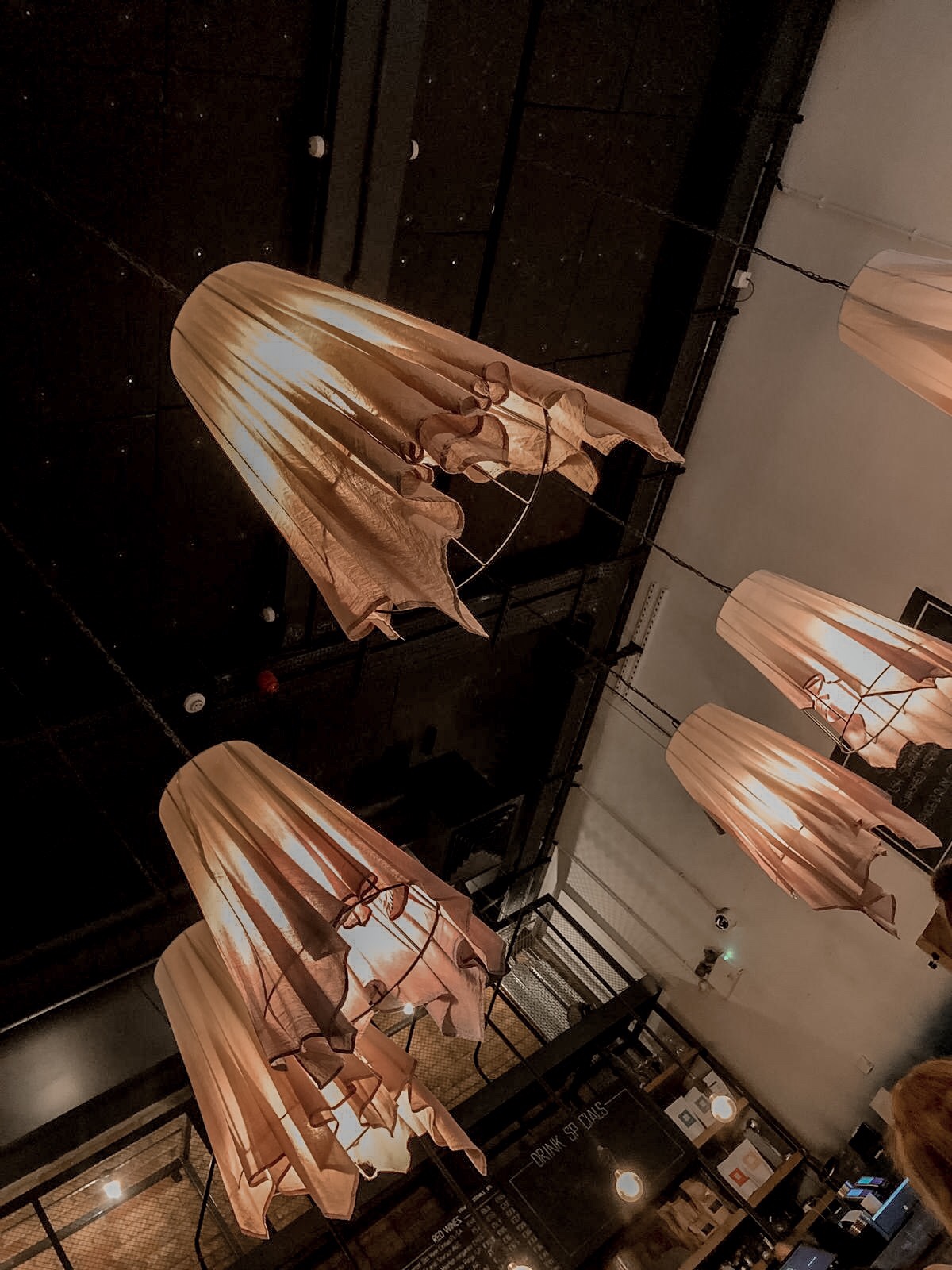 Filled with European classics, from fresh fish to Mac and cheese there’s plenty to choose from whether you fancy a snack or something more substantial. And not a Ginsters pie in sight.

Dem opted for the wings with hot sauce followed by the Oslo burger – at the rate they disappeared from his plate. I saw this as a good sign! The portions are huge at Oslo, so make sure you come hungry!

I opted for the salt and pepper squid, followed by the black bream, sautéed new potatoes with spinach and kale pesto. Dreamy! Did I pick fish because Dem doesn’t like it? Absolutely. I’ve lost count of the amount of times I’ve lost my dinner to Dem’s wandering fork, but not tonight! 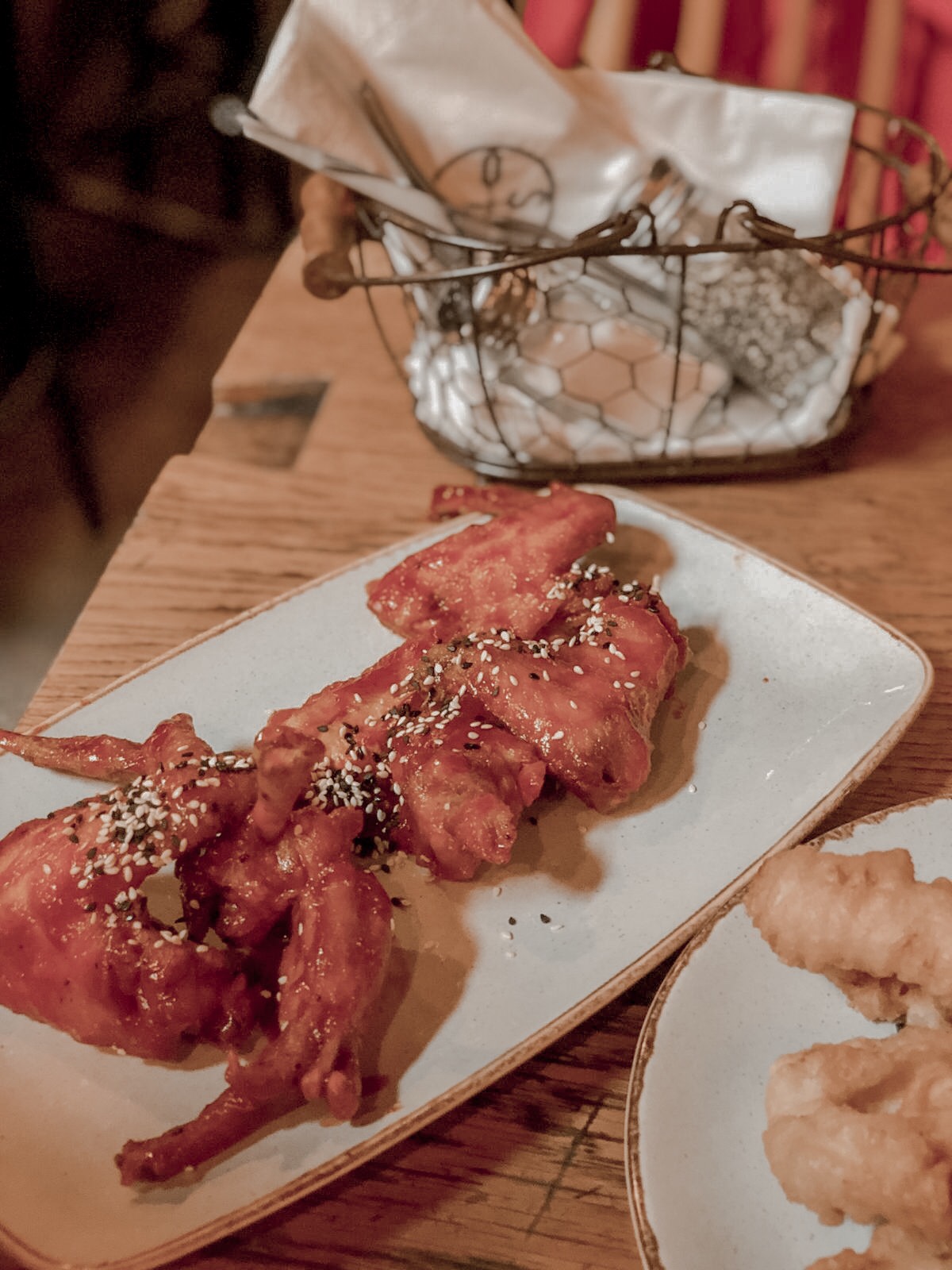 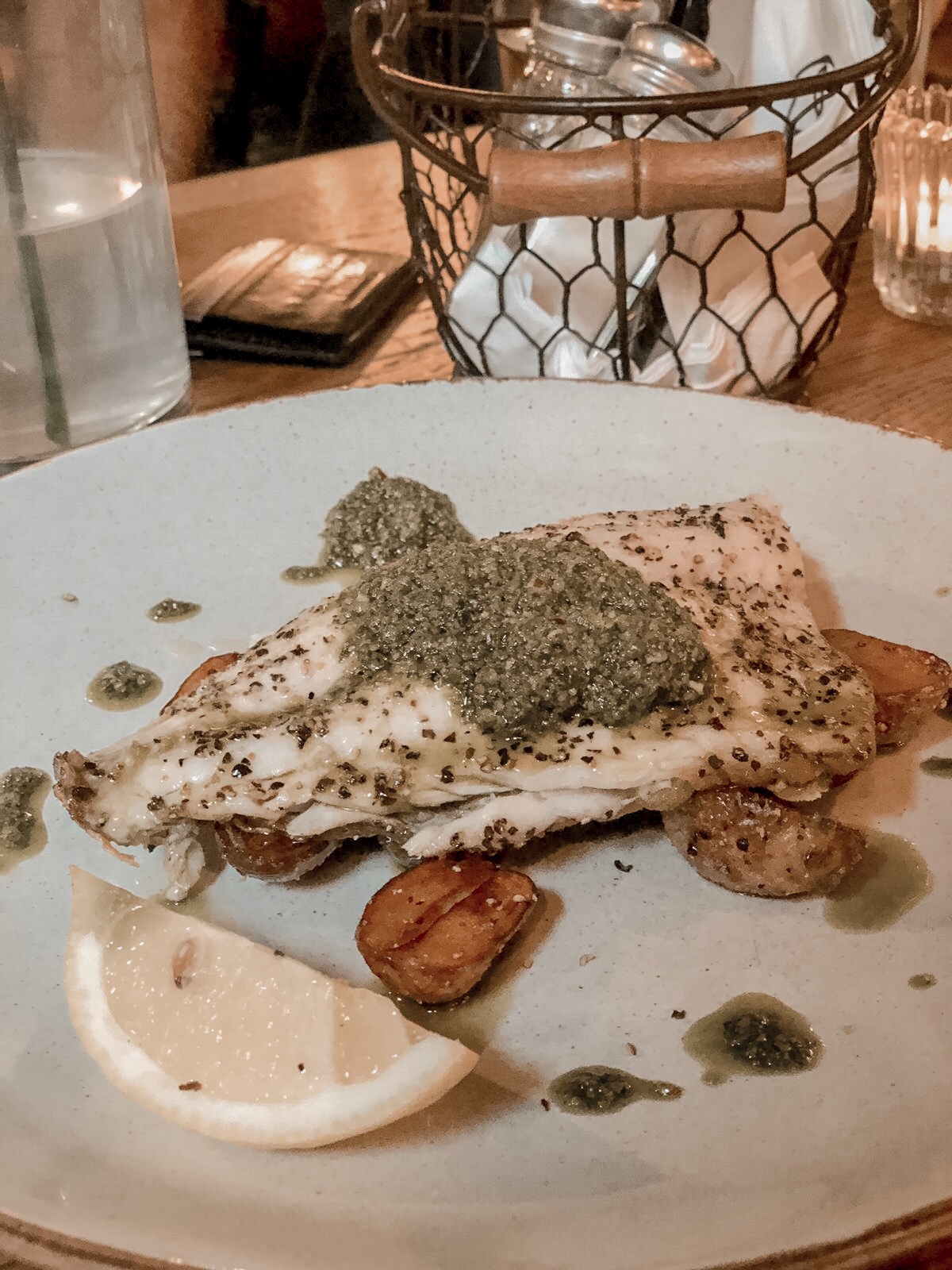 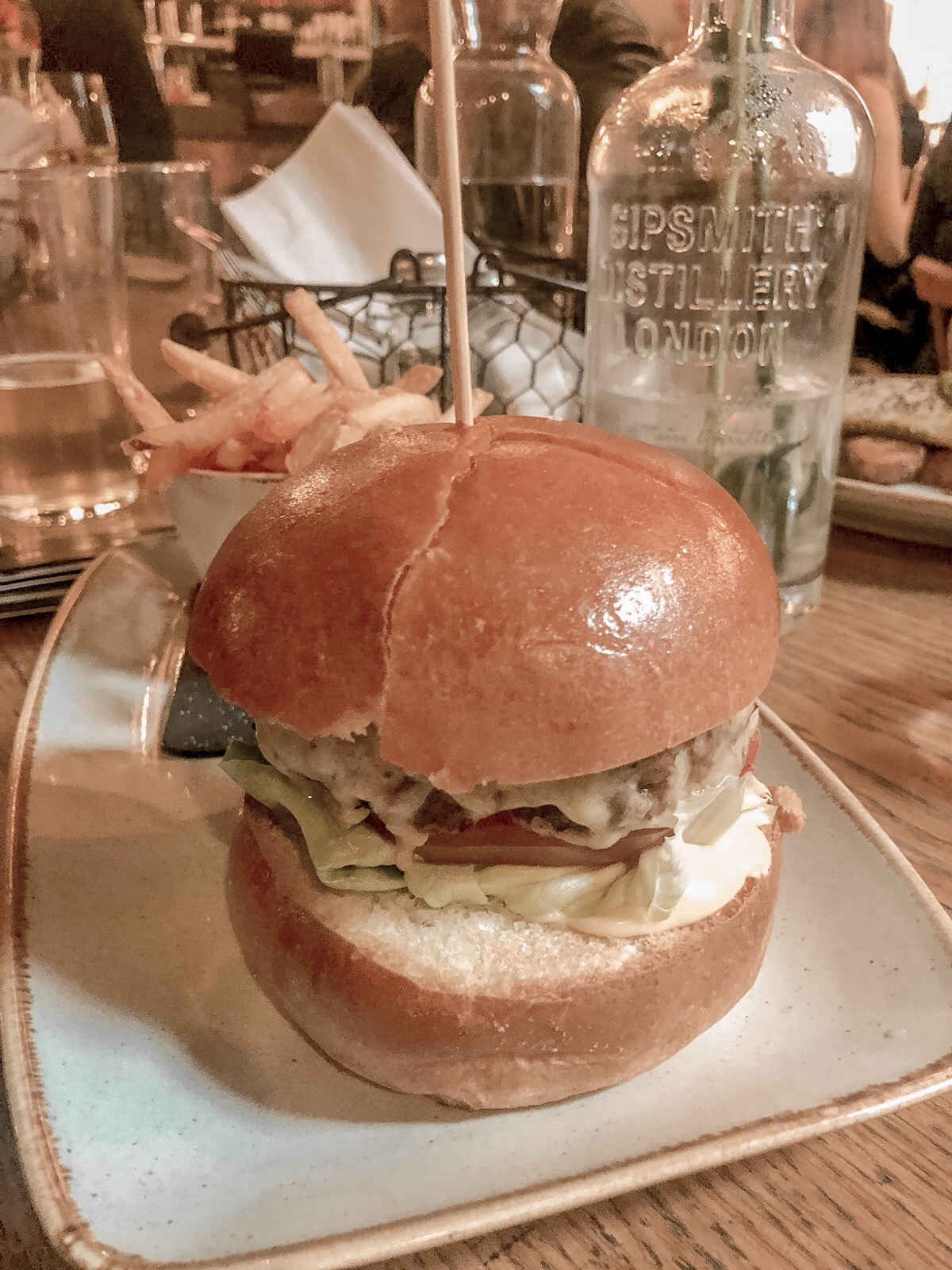 As well as being the latest hotspot for live music, they have a great vibe, friendly staff and nice mood lighting (it’s happened, I’ve become my mum).

Would I go back? Yep. Probably for brunch or a bite to eat during happy hour between 5-7pm. Not sure the live music bit is for moi as it’s predominantly rock (unless they’re planning on an Ariana Grande tribute act) but I wouldn’t put it past me to end up in the club after brunch!

*I was kindly invited to try the new menu – where we were gifted complimentary drinks and food. I was under no obligation to post and all thoughts are my own. Secured through The Live Review.