Power of Boxing Review: To be honest I didn’t have myself down as a “group exercise” type of person. I’d tried various bootcamps and went to an insanity class a few times but kept getting told off for lying down at the back. Jokes aside, those horizontal life pauses were necessary to facilitate breathing. But then I found Power of boxing…

Following on from my previous post on getting into fitness, I placed a lot of emphasis on finding something fitness related, that you enjoy. So I thought it only fair to talk to you about how I found my boxing class and hopefully inspire you to give it, or something like it, a try.

Power of Boxing review: Getting into the swing of it

Before finding boxing I thought group exercise classes were a bit crap tbh. I’d been to classes where the teacher had just sat and watched. Some of the teachers were brutally rude when people (aka me) were clearly just trying to catch their breath. As well as those classes where you turn up and everyone could easily plank for a year or two before it becoming an issue, while you’re just there trying not to throw up all over your Lycra. 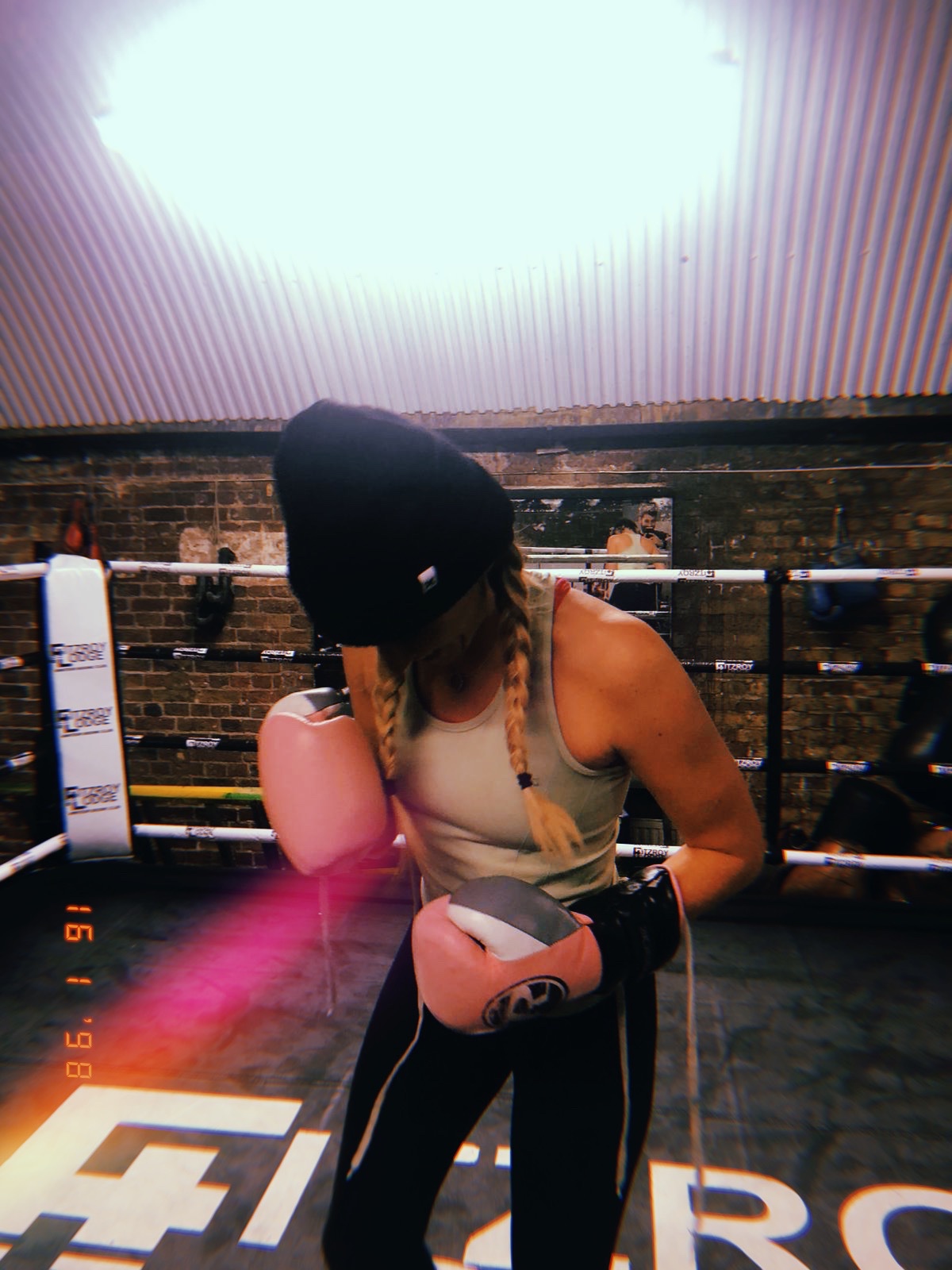 I discovered Boxing by accident. I was trying a bunch of different things to see what I enjoyed and stumbled across Power of Boxing. First thoughts, well boxing probs isn’t for me I really don’t fancy paying £12.50 a week to be repeatedly smacked in the face.

But when I finally got my ass to class, I realised it was a circuit rather than a big old brawl. To give you an idea what to expect, you start with a warm-up, then move through four elements which are as follows:

You then finish with a cool down where you can stretch out your muscles and feel those endorphins kicking in. 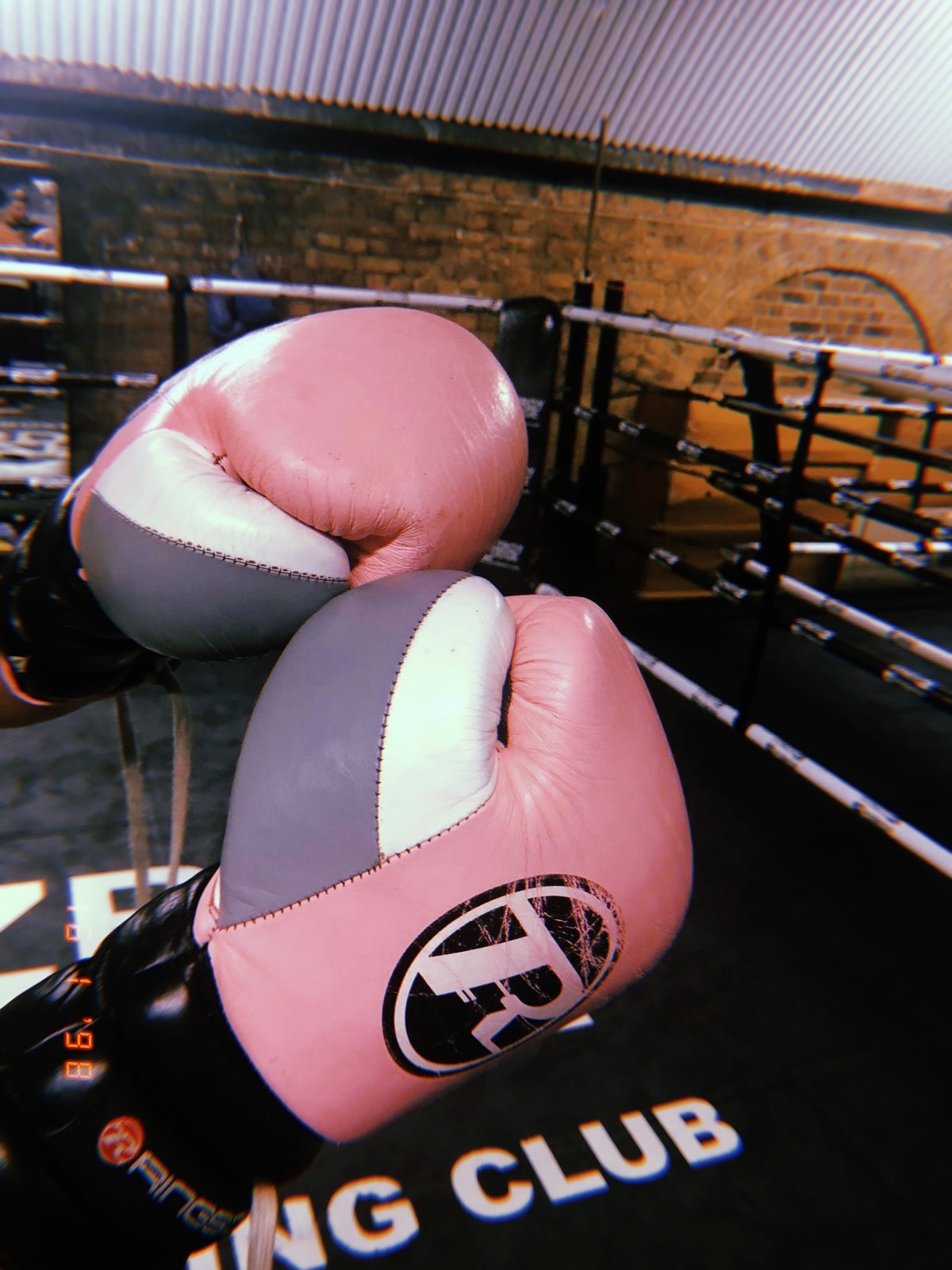 Power of Boxing review: Up to 1,000 calories burnt per class

As you’re moving through the four stages and your focus is constantly changing, the class whizzes by. To me, there’s nothing worse than staring at the clock willing the time away during a fitness class or wanting to leave when you realise you’ve only just completed the warm-up.

So when I’d finished my first class buzzing and wondering where the time went, I realised I was on to a winner. Also, you can burn up to 1,000 calories in a class depending on how hard you push yourself, I can honestly say I’ve always left feeling miles better than when I went in.

I’ve taken many of my friends, from gym bunnies to gym haters – everybody bloody loves it. There’s a lot to be said for those good old endorphins! 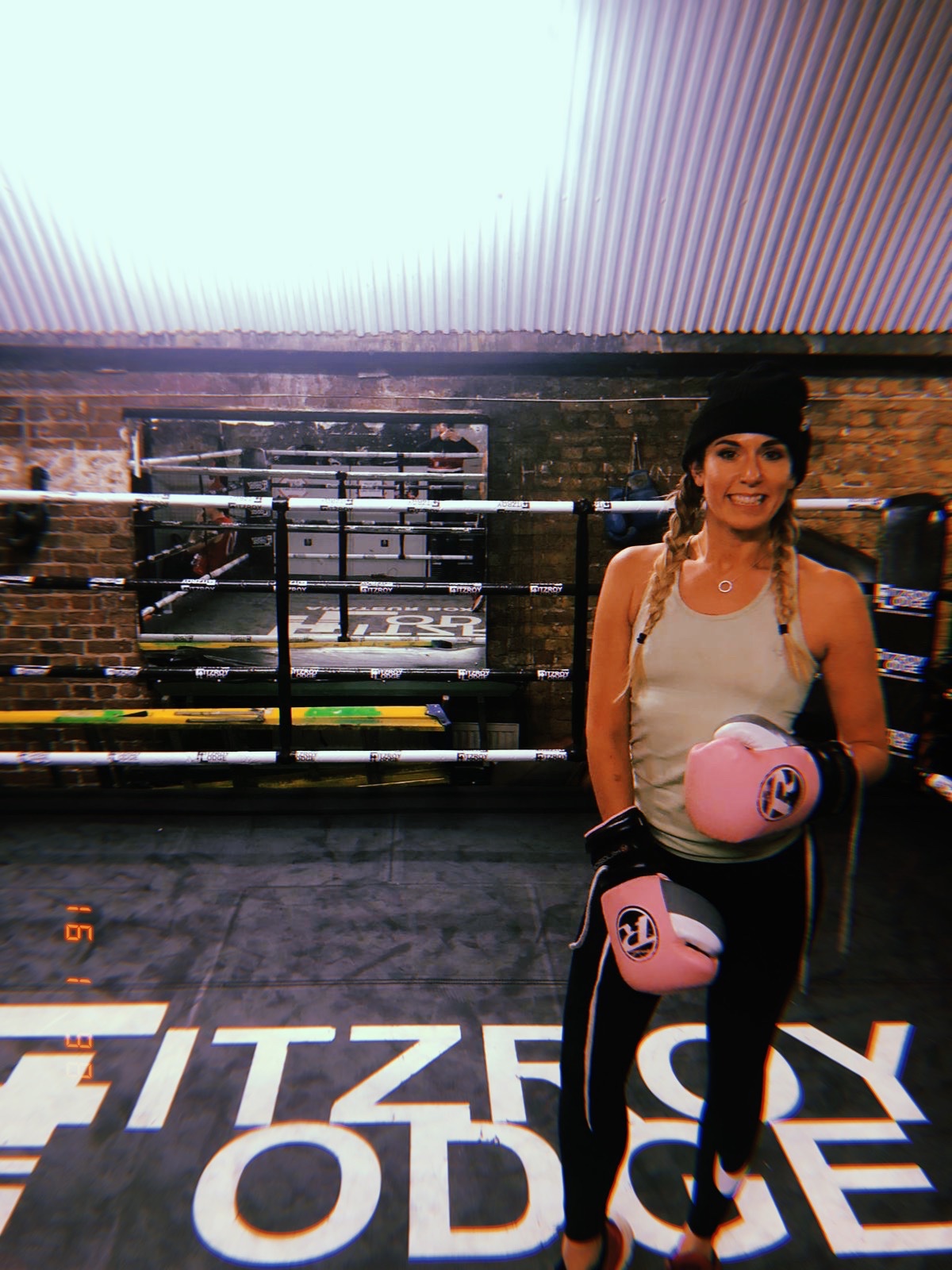 Do you even lift though?

If you’re looking for fancy pants changing rooms, full-length mirrors and GHDs this probably isn’t the class for you. Fitzroy Lodge is a boxing gym where everyone that attends is there to get on with it. If you’re looking for a protein shake bar or a selfie station, you’re shit out of luck.

But what you will find is a bloody good workout, a friendly crowd and a selection of lovely trainers that make it their mission to get to know each and every one of their attendees personally. As lovely as they are if they think you’re there to skive off and chat – they’ll give you a kick up the ass now and then which is something I definitely need particularly nearing the end of the class!

They have two sites Fitzroy Lodge – in Lambeth which is the one I attend typically on a Wednesday evening, and another called Carneys in Battersea, which I’ve heard good things about too. There is a class on at one of the sites nearly every day, so whether you’re a morning bird or a night owl (it me) there’s a class with your name on.

If boxing sounds like it could be a hit for you – pun intended, and you decide to try a class please use my referral link – as I scoop a free class for any referrals made – at no extra cost to you.

Are you ready to get your ass to class? xo