We were lucky enough to be invited to the launch of Sakenoteca: a new Sake pairing bar by Sake and Beyond earlier in the week. Which was a rather exciting addition to my Monday, as typically these are reserved only for Netflix and hadmin (aka house admin).

Being the great adults that Dem and I generally are, the evening hadn’t started in the most relaxing manner. I’d managed to ladder my lights on the way there and we had to make a quick stop off at Topshop, as the remains of Dems lunch was glaring at me from the front of his T-shirt… you literally can’t take us anywhere.

Sake and beyond what exactly?

The evening was organised to broaden our culinary horizons and introduce Sake in its own right, rather than being just a mere accompaniment to Japanese food. The Sake was paired with Italian food, and anyone that knows me knows that my love for Italian food knows no bounds.

Personally, I’d only ever sampled Sake in Japanese restaurants and while I had enjoyed it on the few occasions I’d tried it, I didn’t really know too much about it let alone that there were different types! I knew that it was of some relation to rice wine (which I’d had mixed opinions of, since returning from my 6 months in Asia) so it’s safe to say I wasn’t sure what to expect. 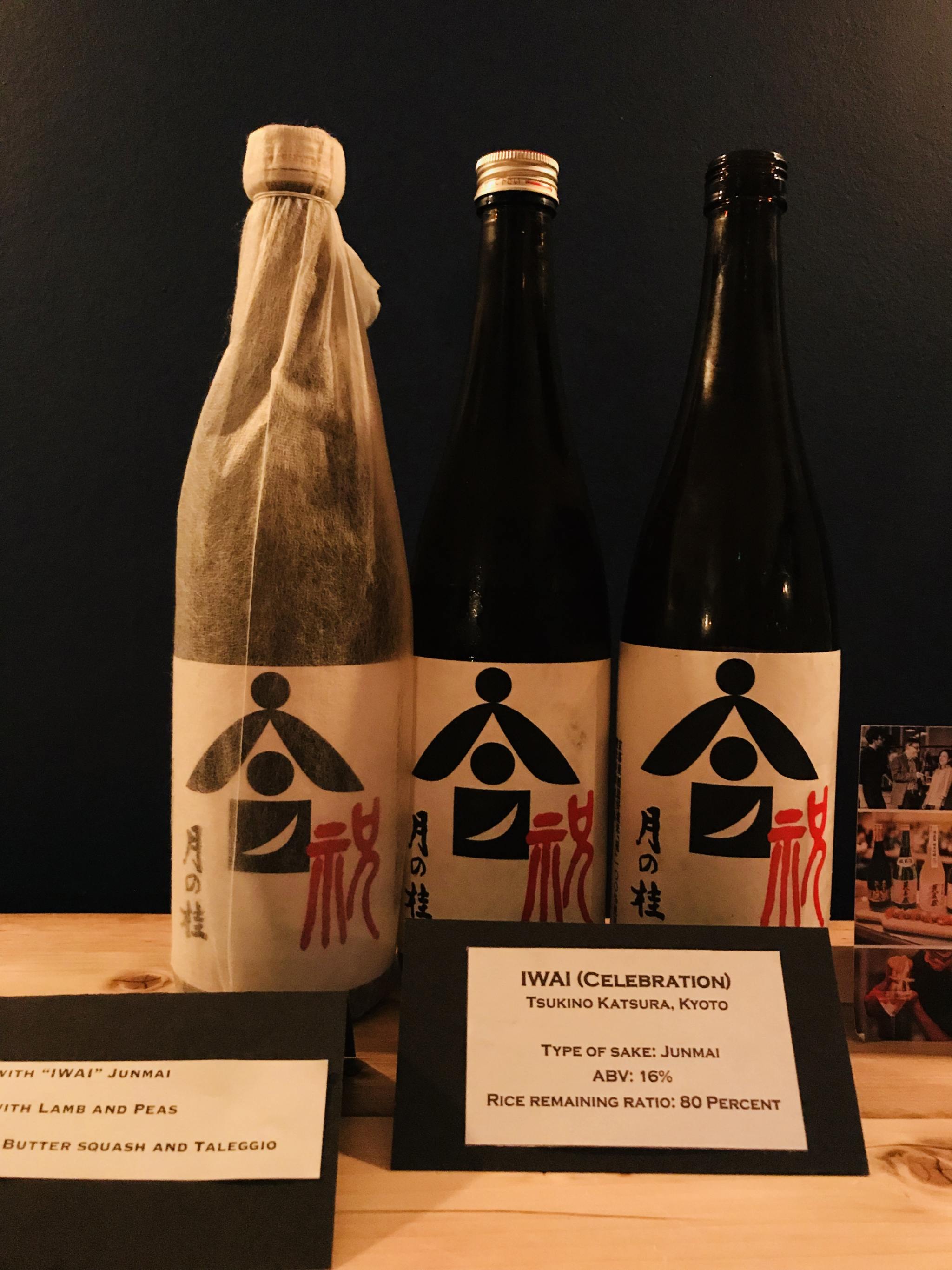 Sake and Beyond is exactly the right name for this concept. Located on the Lower floor of Vasco & Piero’s Pavilion in Soho, the idea is all about showing you what lies beyond your initial expectations of Sake with the help of clever food pairings.

It’s definitely a different concept as despite the invite stating itself as a “Sake and Italian pairing evening” Dem questioned me multiple times en route (no doubt presuming that I’d got my cuisines in a muddle). Which illustrates pretty much exactly how we Brits currently consume Sake. 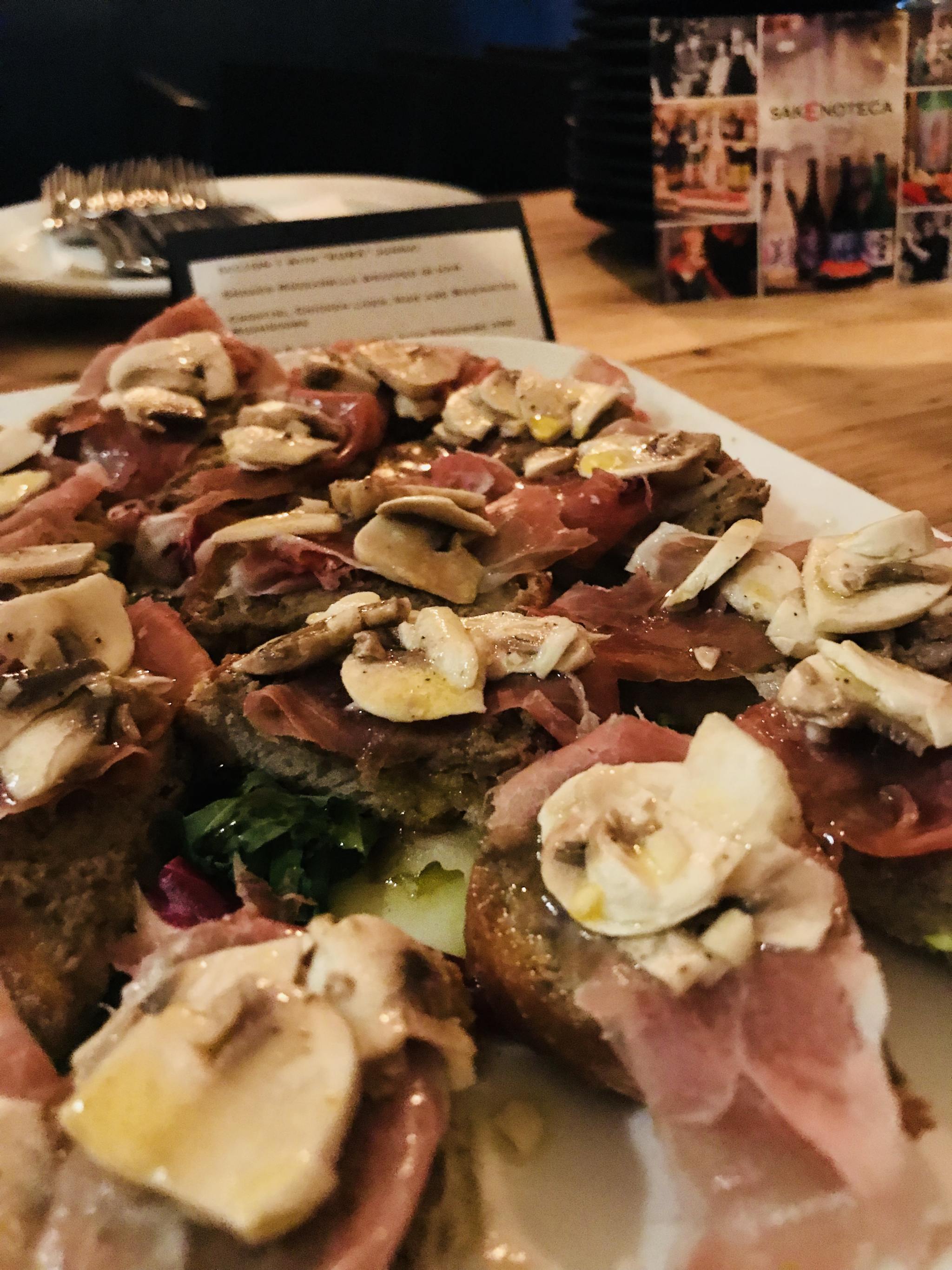 When we first arrived we were given a Sakenoteca Sling (Sake with homemade strawberry liqueur). To give you an idea of the taste- think alcoholic strawberry lemonade. Divine. To be totally honest I wouldn’t have thought of Sake as something you could mix and sip, but boy was I wrong.

The tables were set up with a range of Italian style tapas dishes with a complimenting glass of Sake. On offer was the following;

*paired with Kinrei served at a chilled temperature

Each Sake was chosen to compliment the dishes. My favourite by far was the Hanamikura Kura (served with the Bruschetta) as I felt it was the lightest and smoothest to drink. 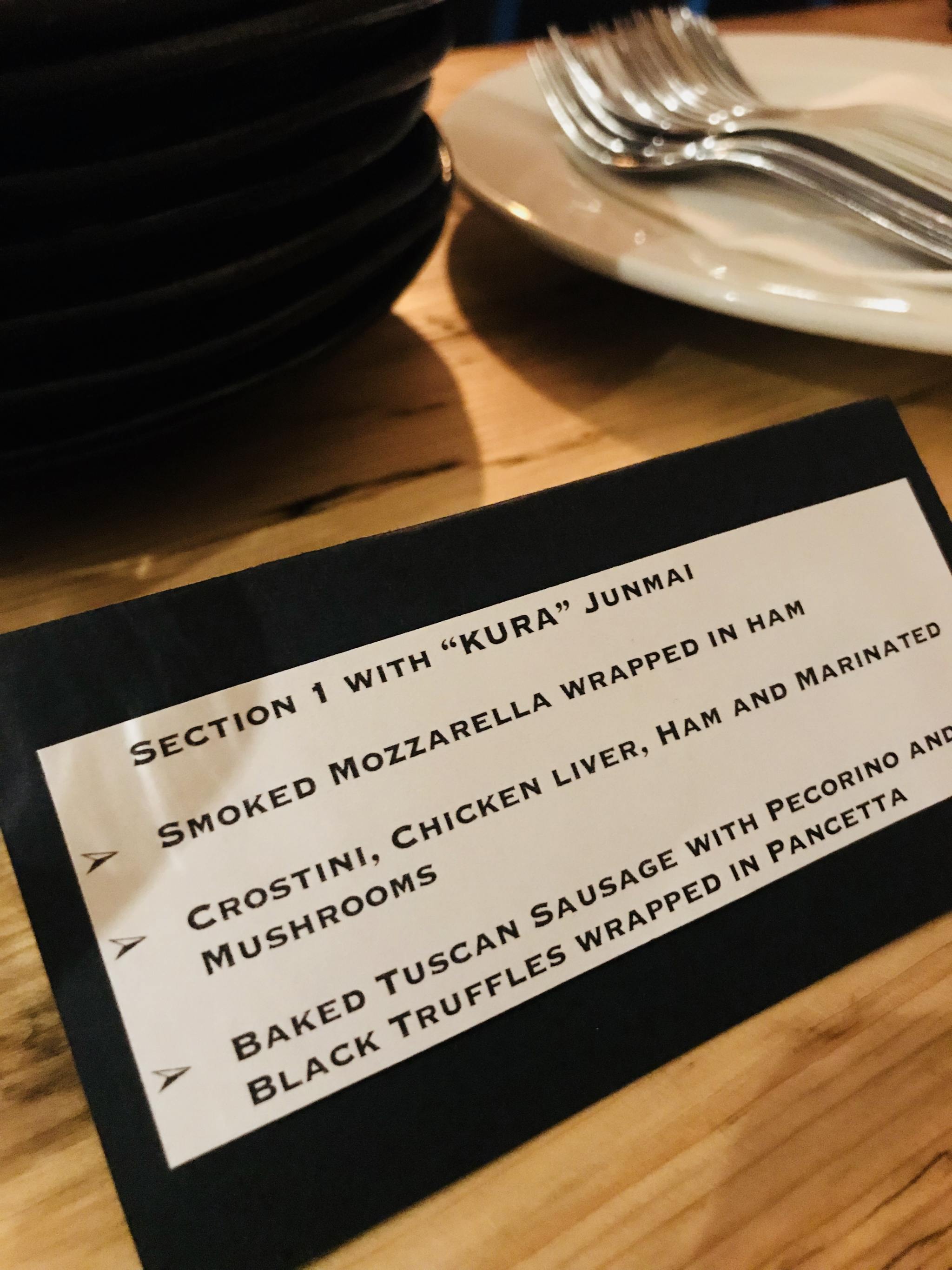 As much as I love typical Italian food I always seem to finish my food and feel like I’ve consumed enough food to feed a small army, which also tends to be sloshed down with a few glasses of red. The whole experience is quite heavy so to experience “Italian tapas” was quite refreshing. Especially being paired with the light and refreshing Sake.

Could Sake be the new gin?

Well, it could be, after sampling it with strawberry liqueur anything is possible, to be honest. Our eyes have been well and truly opened and Dem left asking where we could buy Saki glasses from so I feel like we may have just found a new spirit to introduce to our dinner parties!

Keep an eye on the Sake and Beyond website as rumour has it they will be launching an experiential events programme, including cookery classes and direct experiences with a sake sommelier very soon! 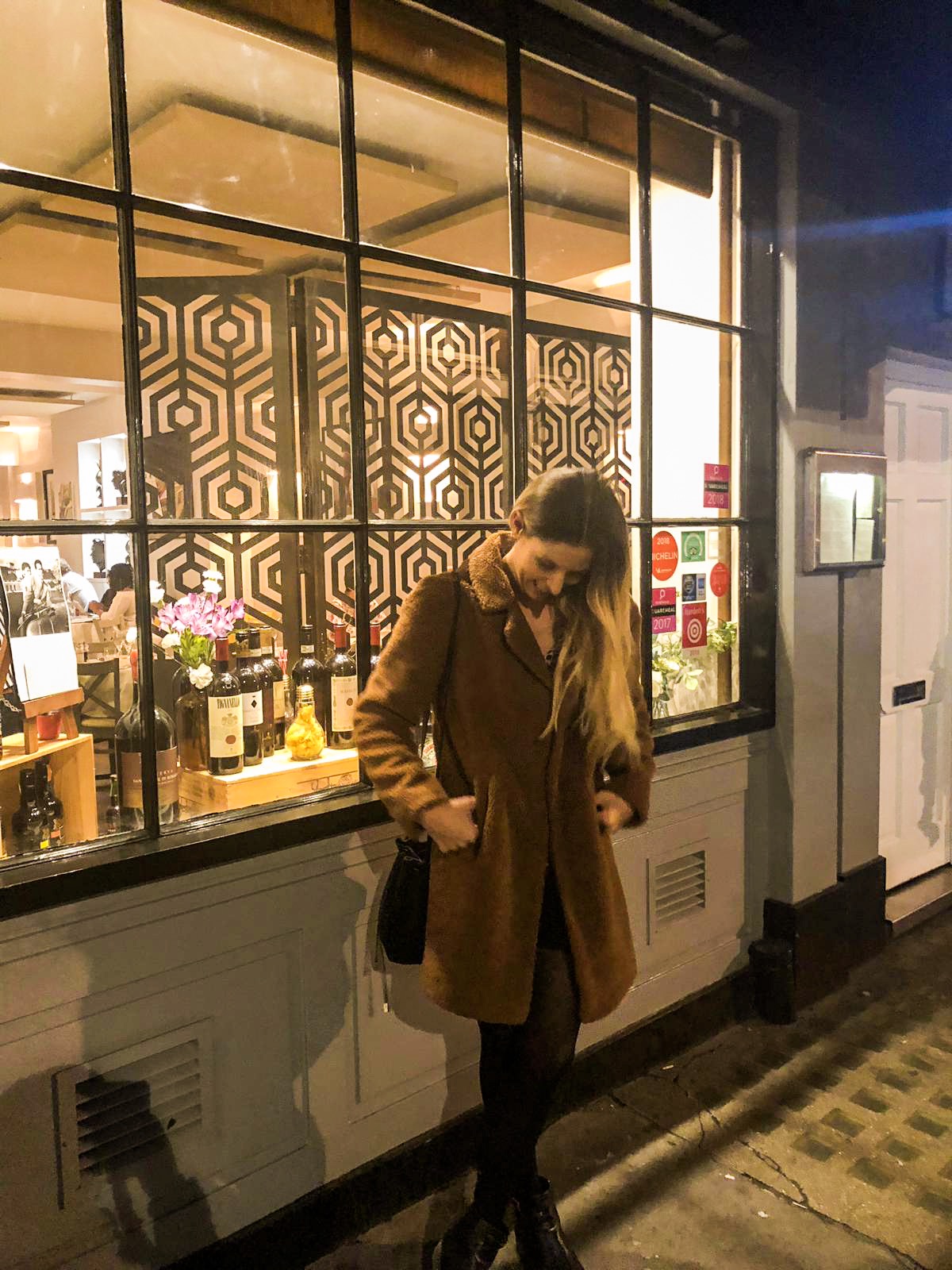