I had wanted to try a yoga class for ages but either the timing hadn’t been right, I didn’t have anyone to go with, I picked a faster pace class or I just chickened out due to clumsiness.

A lot of people were surprised when I told them I’d never tried yoga, being that I enjoy the gym, boxing, HIIT etc but to be completely honest, I just didn’t really get it. I was really intent on burning calories so didn’t really understand the concept of stretching and breathing instead of pushing myself to my limits. I do find it hard to switch off though and often realise I’m a little tense for no reason, so that’s one of the main reasons I wanted to give it a whirl. 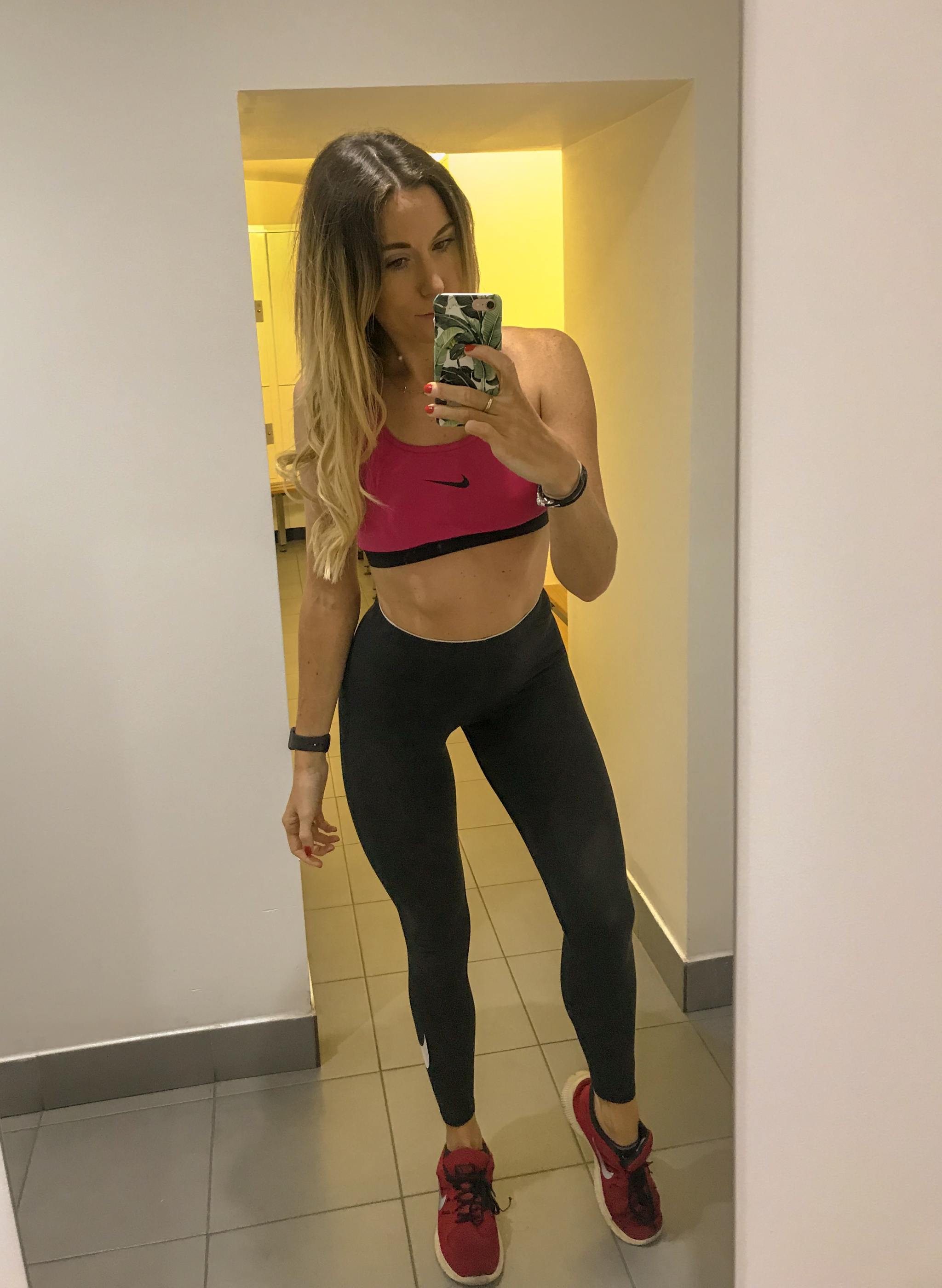 Previously I tried a Pilates class and was reprimanded for lunging too aggressively, whatever that means. I also had to be at the class for 7:30 am, which meant leaving the house before 7. Gross. Although I enjoyed the class, I couldn’t part with my bed at that time of the morning regularly and it was all a bit, well, slow.

So, first yoga class. Typical forgetful me forgot to pack socks so was horrified when asked to remove my trainers to reveal chipped toenails, great start huh. I also generally do not enjoy other people’s feet, so being surrounded by so many wiggling toes I was feeling a little apprehensive of what was ahead of me.

I also took a peep at the snazzy mats the other yogi’s (is that what other people that do yoga are called?!) were perching on and internally eye-rolled at the hastily chosen towel I was balancing on.

Firstly it was a lunchtime session at my office rather than a dreaded morning class, which was great as it stopped me spending my lunch hour shopping or staring absentmindedly at some sort of screen. We started off lying on our backs, breathing deeply becoming aware of every muscle in our bodies.

Sure sounds great but how do you switch your brain off? Answers on a postcard plz. Relaxing my body was easy enough but stopping my brain from circulating like a carousel horse was totally another matter.

Yoga is a physical and mental workout in the sense that it’s as much about taking some time to find some headspace as well as the stretching and deep breathing. 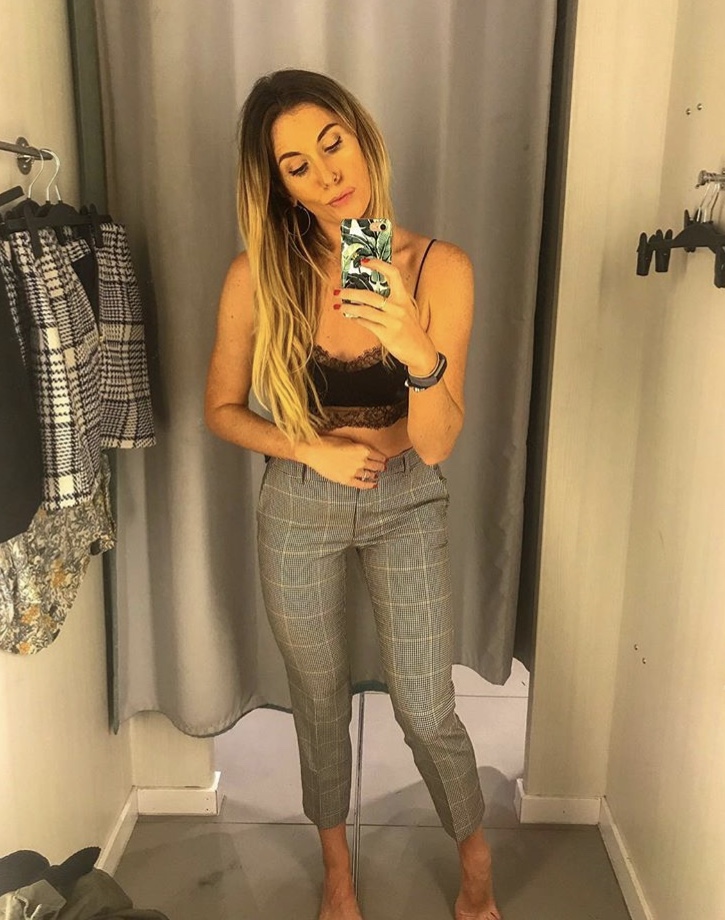 I’m fairly bendy so found the downward dogs and lotus positions fairly comfortable, but it did bring out my competitive streak when standing on one leg checking around the room to see if I was the least wobbly of them all. Why am I like this?

Despite my ridiculous competitive balancing, that is one of the nicest things about yoga, you stretch and bend as much as you can manage and that’s the only thing that matters. I’ve also started to incorporate some of my yoga stretches into my cooldowns after weights.

To be honest, I’ve only just started to actually do a cooldown, normally the only cool down I’d take part in is the walk to the train station after gym. And yes I’m always the first to moan about how much I ache the next day.

Calm relaxed and (sometimes) in control

I’ve attended two yoga classes now and have another planned next week. While I won’t be replacing weightlifting or cardio with yoga, it’s a definite added bonus to my week. One that doesn’t involve seeking out H&M lighting or another pair of shoes from Topshop!

I love trying new things and left class feeling calmer and much more relaxed than when I went in. Anything that can stop my brain acting like a rotisserie chicken on speed is a winner in my eyes. The only downside to lunchtime yoga is the strong urge to sleep that creeps over me towards the end and I’m guessing that probably wouldn’t go down too well with the instructor. But I bet I wouldn’t be the first to catch a quick nap during a yoga class and whatever happens in yoga class stays in yoga class!