*Since this review was written Ben’s Canteen has now unfortunately closed, but they’re still selling their famous G&Ts at Bloody Bens*

Whoever was the first person to come up with the idea of brunch is a girl or guy after my own heart. When I discovered Ben’s Canteen was dog friendly, I couldn’t get Bears little harness on fast enough!

Breakfast food is inherently boring and in the week I only really eat brekkie to keep my energy levels up so I can get through all my emails without wanting to punch myself in the face. Brunch on the other hand, sign me up, smash that avo, poach that egg – I’m in. Also with brunch you can order a mimosa or a gin at 11 am and no-one will judge you. I am all about that life huns. 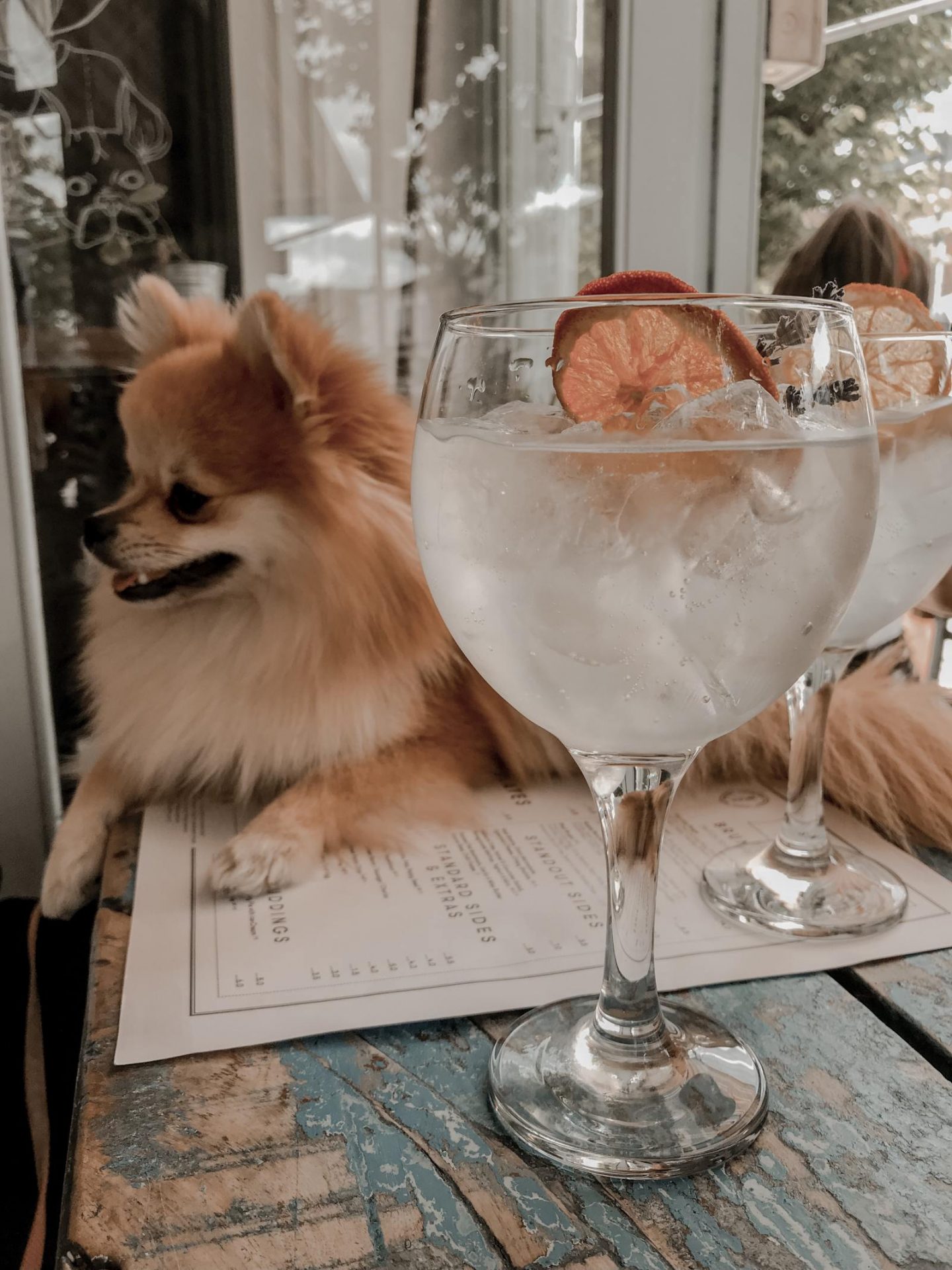 Ben’s Canteen// Brunch with your pup

Continuing with my one woman mission to eat my way around all the fab dog friendly places in London, we discovered Ben’s Canteen. Probably should be hitting the gym harder if I have any hope of fitting into my wedding dress in Sept – but anyway! I was instantly impressed with the open plan layout and the french doors which opened up onto the street, which made us feel like we were on holiday. I wish more places adopted this laid back Aussie approach to dining, its such a mood booster! 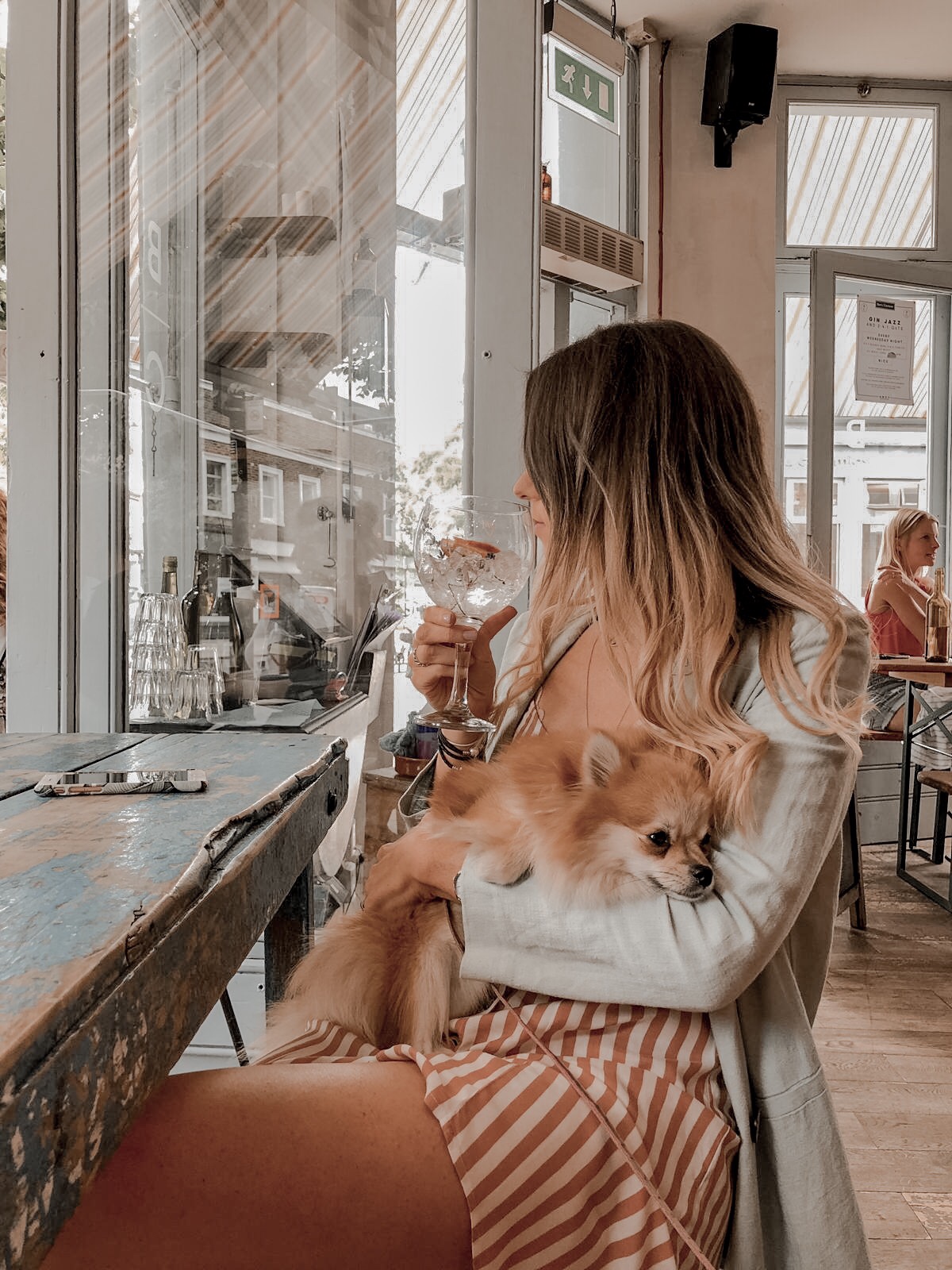 Before our drinks order had been taken, Bear was given a huge bowl of water or “doggy house wine” as they call it, which was a really cute touch. We then tried two of their Bloody Bens Signature Gins – distilled at their Earlsfield restaurant and oh my, game changer. With flavours of honey and orange and served with lavender, this alone is reason enough to swing by Ben’s.

And Dem, who isn’t normally a gin drinker was impressed with the homemade gin saying “it wasn’t overwhelmingly ginny and extremely easy to drink” high praise from a non gin drinker (I’ll make a critic of him yet).

After enjoying some water and being fussed and cuddled  by a cute little toddler Bear curled up on her own chair and went to sleep. Waking up only to nose at the dishes being placed on our table.

I went for the Buddha bowl – not only the most aesthetically pleasing brunch choice, but also tasty AF (cauliflower couscous, brown rice, broccoli, pickled onion and carrot, edamame beans + a peanut sauce). I also chose the halloumi fries to accompany my Buddha bowl, because you all know my thoughts on cheese being present at every meal. 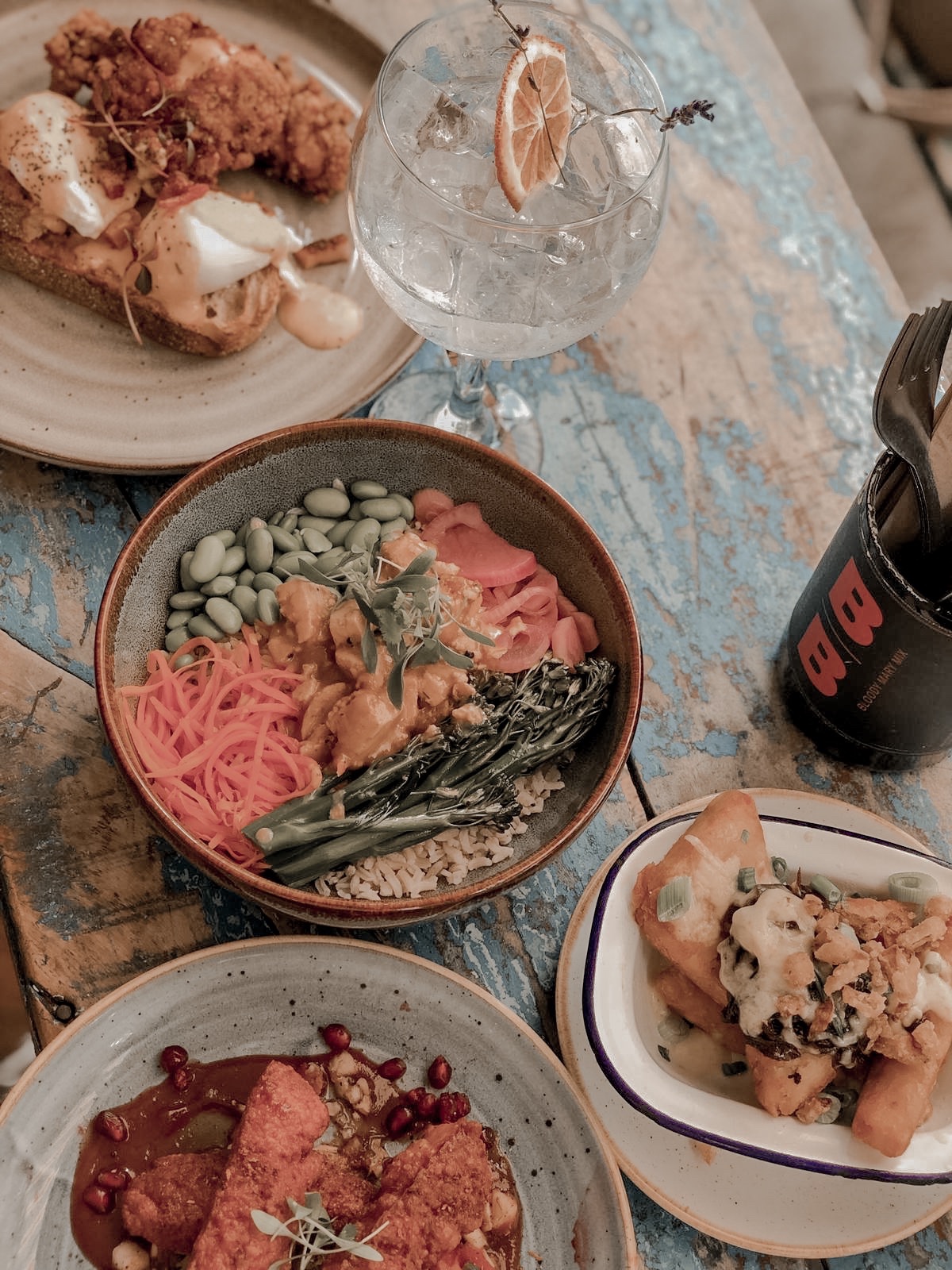 Dem opted for Buttermilk Chicken, bacon bits and poached eggs with hollandaise on toast, half my halloumi fries (can you feel me eye rolling through the screen right now) plus some hash browns. He takes brunch v.seriously and had done a ridiculous cycle in the morning while I was catching z’s.

And the food was very much needed as Dem has had one sip of gin and proceeded to knock over a glass of water narrowly missing the table in front. Smooth as a Saturday morning! 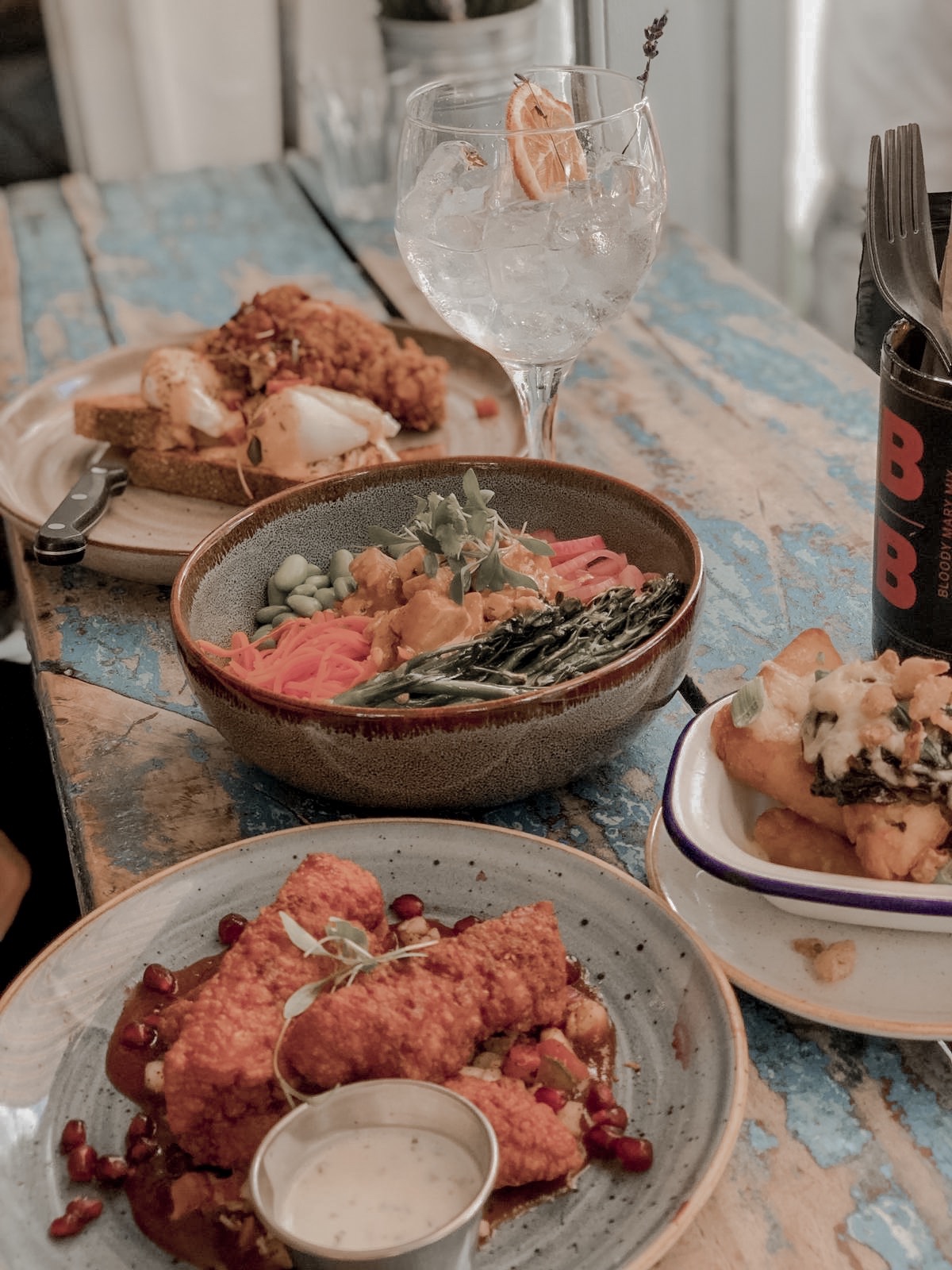 The dishes work well on their own or as sharing plates and every single thing we ordered was so tasty. Ben’s Canteen has a laid back vibe and we didn’t feel rushed at all, which is one of my pet hates about eating out in London (despite dating Henry the Hoover and the actual eating of brunch typically only ever lasting about 15 mins).

Chilled out vibes and social feasting

The whole premise of Ben’s Canteen is to provide a chilled out eating and drinking space to hang out with friends as an alternative to a pub. Which I’m all here for. Pubs are great, but they’re often not the nicest place to hang out all afternoon. Sticky floors, deep fried everything and that random child that doesn’t seem to belong to anyone that is so hyped on Coca Cola and McCoy’s that he’s giving everyone a migraine. There was none of this here, but there was pups on tables nearby and plenty of space to chat chill out and people watch. 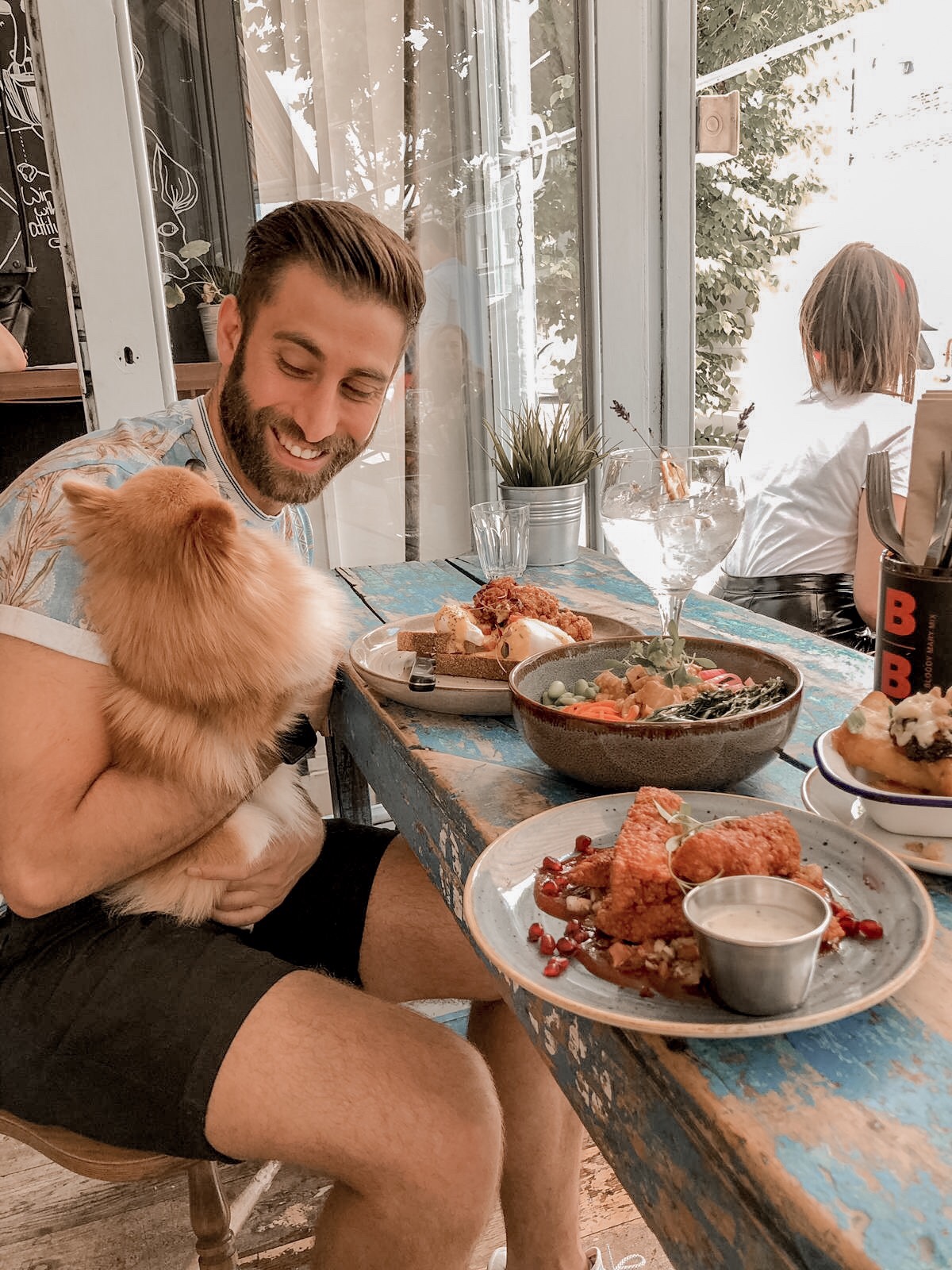 Prices, tips, and where to find Ben 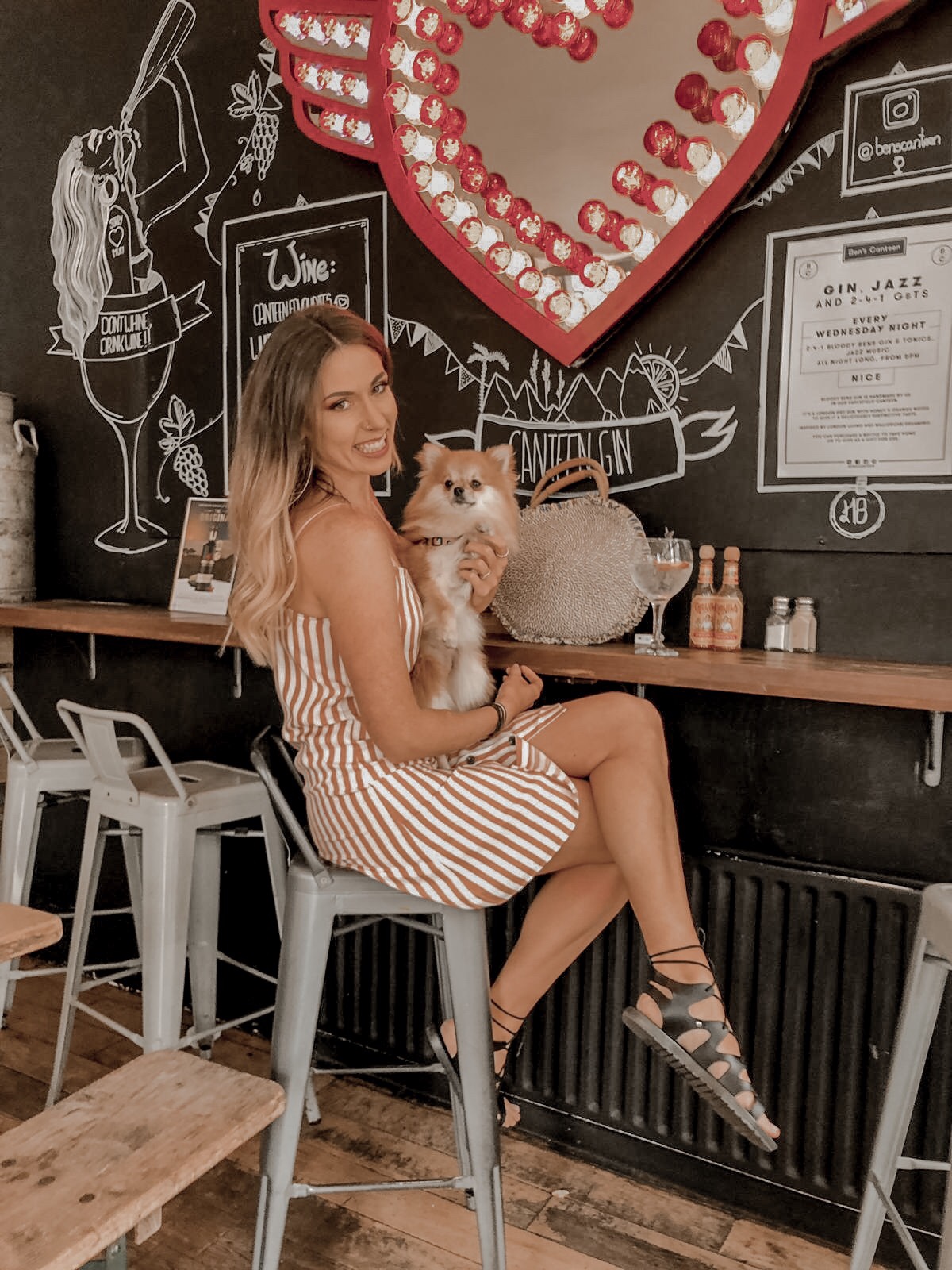 *We were kindly invited to dine at Ben’s Canteen – where we were gifted complimentary drinks and food. But all opinions are my own.