Initially, I thought that my Thai food obsession began whilst travelling a few years ago but realistically it began at home with mumma’s fabulous green Thai curry! Asian food is just my absolute favourite.

It did annoy me though returning from travelling and experiencing multiple overpriced inauthentic Thai meals, so I was super excited to try out Foley’s restaurant as I’d heard nothing but good things. Foley’s positions itself as an Asian fusion restaurant serving up everything from Pad Thai (fave) to Gyoza (newly acquired obsession). 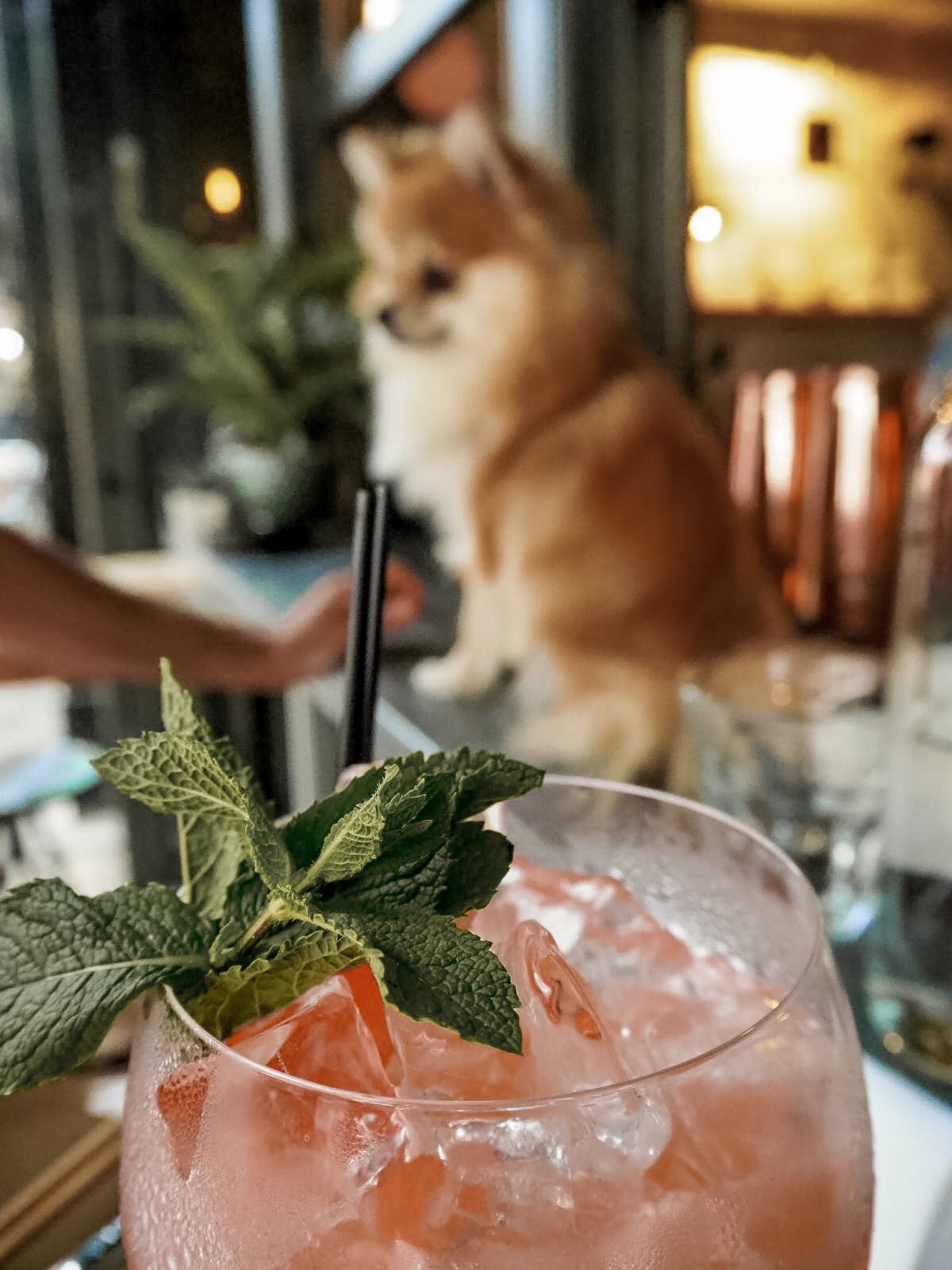 I love Asian style sharing food mainly because you can try so many different dishes all in one go – that’s as long as you get in there before Dem hoovers up everything in sight.

Dining with my dog – it’s a thing

If you are new to my little corner of the internet you may not realise just yet, but I love to take my dog Bear everywhere with me. To dinner, on mini breaks, on the tube, to brunch, to pup themed events – you get the picture. So I started a “dining with my dog” series to help fellow crazy dog mum and dads find the pawfect place to pop for a bite to eat with their furry friend. And I’m not just talking pub gardens… 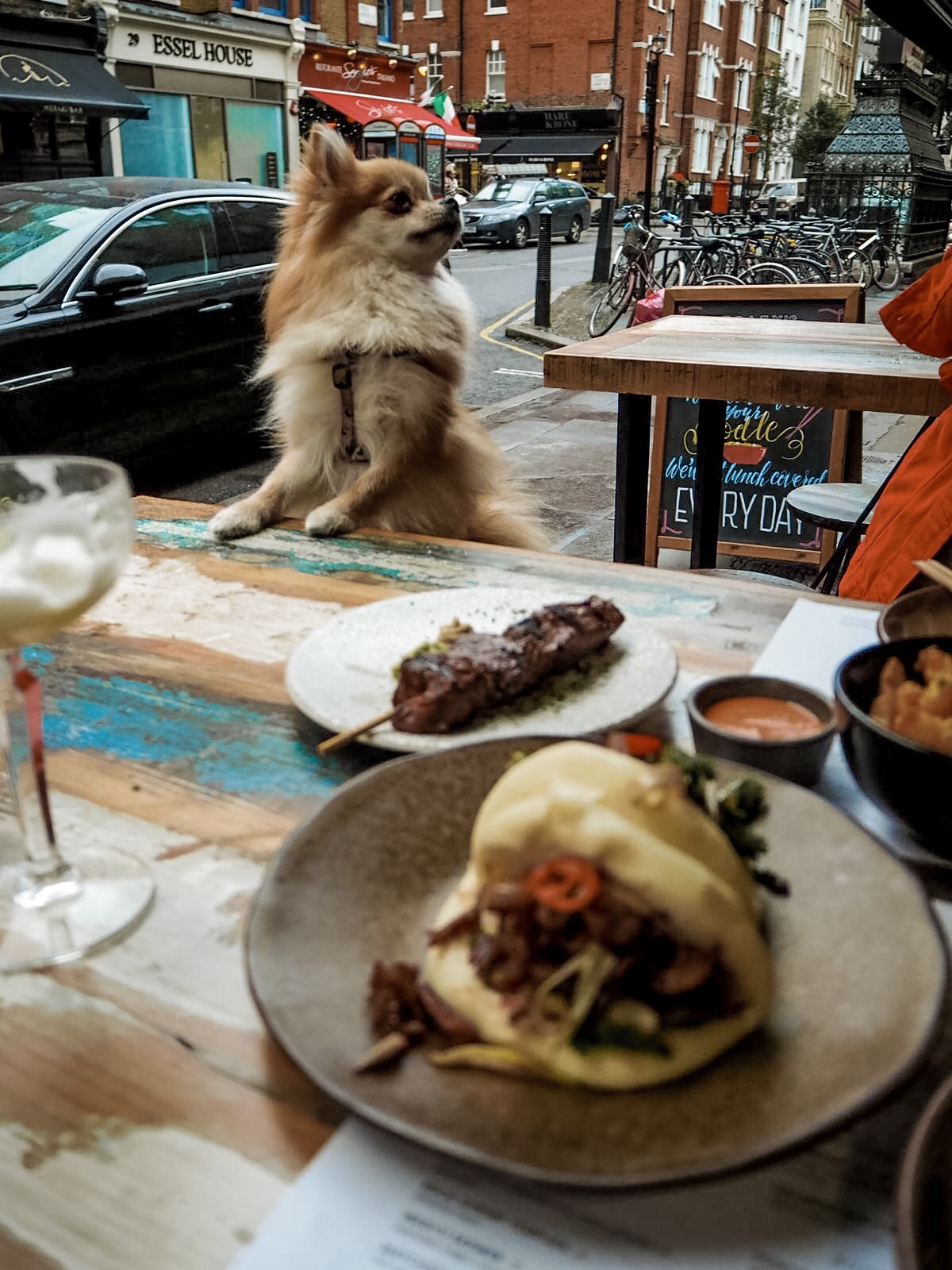 Foley’s restaurant review: Come on in

Chilled out and chatty. Every single member of staff was so nice and took the time to explain the menu, allowed me to change tables to one outside (better photo lighting) – I swear this isn’t becoming a habit – ahem Whittards afternoon tea!

They also whizzed straight over with a double dog bowl for Bear, one-half water and one-half treats, I know right, she’s a spoilt little fur-ball! One of the waiters asked what type of flavours we typically enjoyed, to help pair us with our perfect tipple which was a lovely little touch. And it seemed that everyone that works there loves dogs as Bear received so much fuss and attention.

We were outside when the monsoon rain started (taking us right back to our travelling days) but luckily we didn’t feel a single drop of it as we were safely tucked under their canopy and supplied with blankets to keep toasty. PSA: If the below picture doesn’t make your heart melt then you’re dead inside. 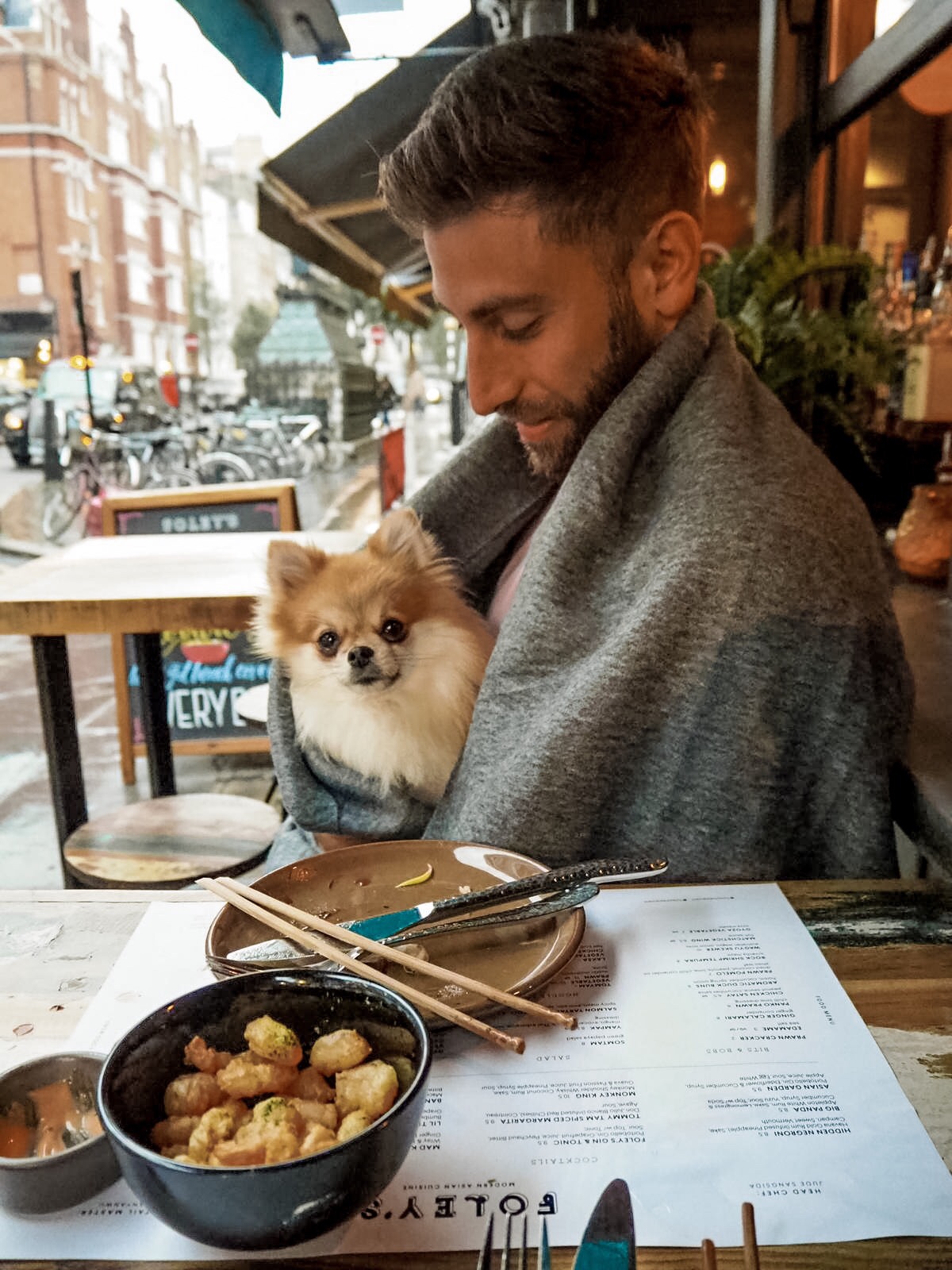 The chef at Foley’s is originally from Bangkok – even though prices aren’t quite Bangkok prices, where you can scoop a Pad Thai for £1, the food is all so good and tasted extremely authentic. The only tiny thing I would have added is a sprinkling of peanuts and a little dusting of chilli flakes on to the Pad Thai. But I’m just being fussy, it was so darn good. 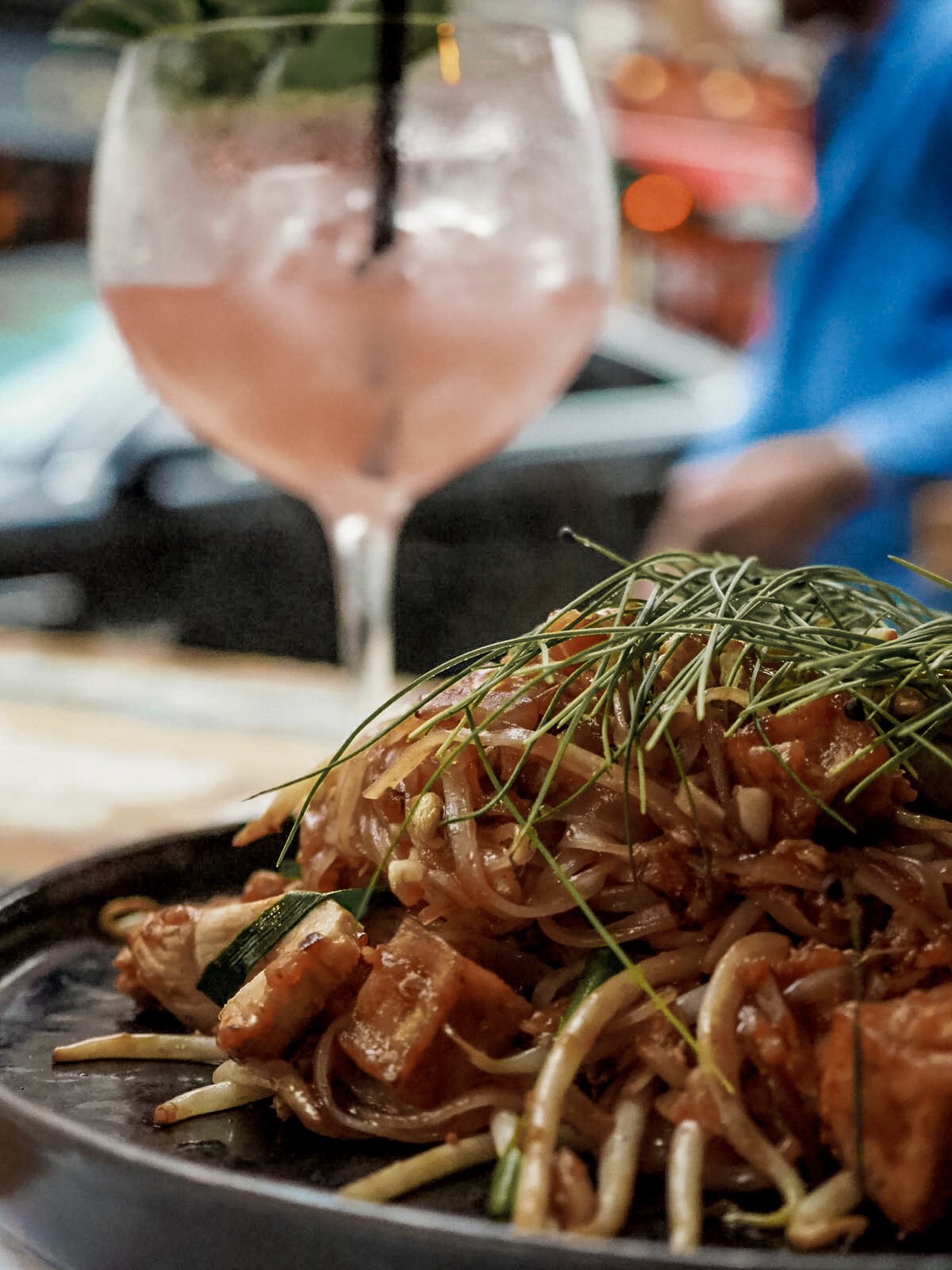 We also ordered a wagyu skewer which was cooked to perfection – and some rock shrimp tempura with sriracha mayo. The mayo was replenished during our meal which made me very happy, I can’t stand it when restaurants scrimp on the condiments! 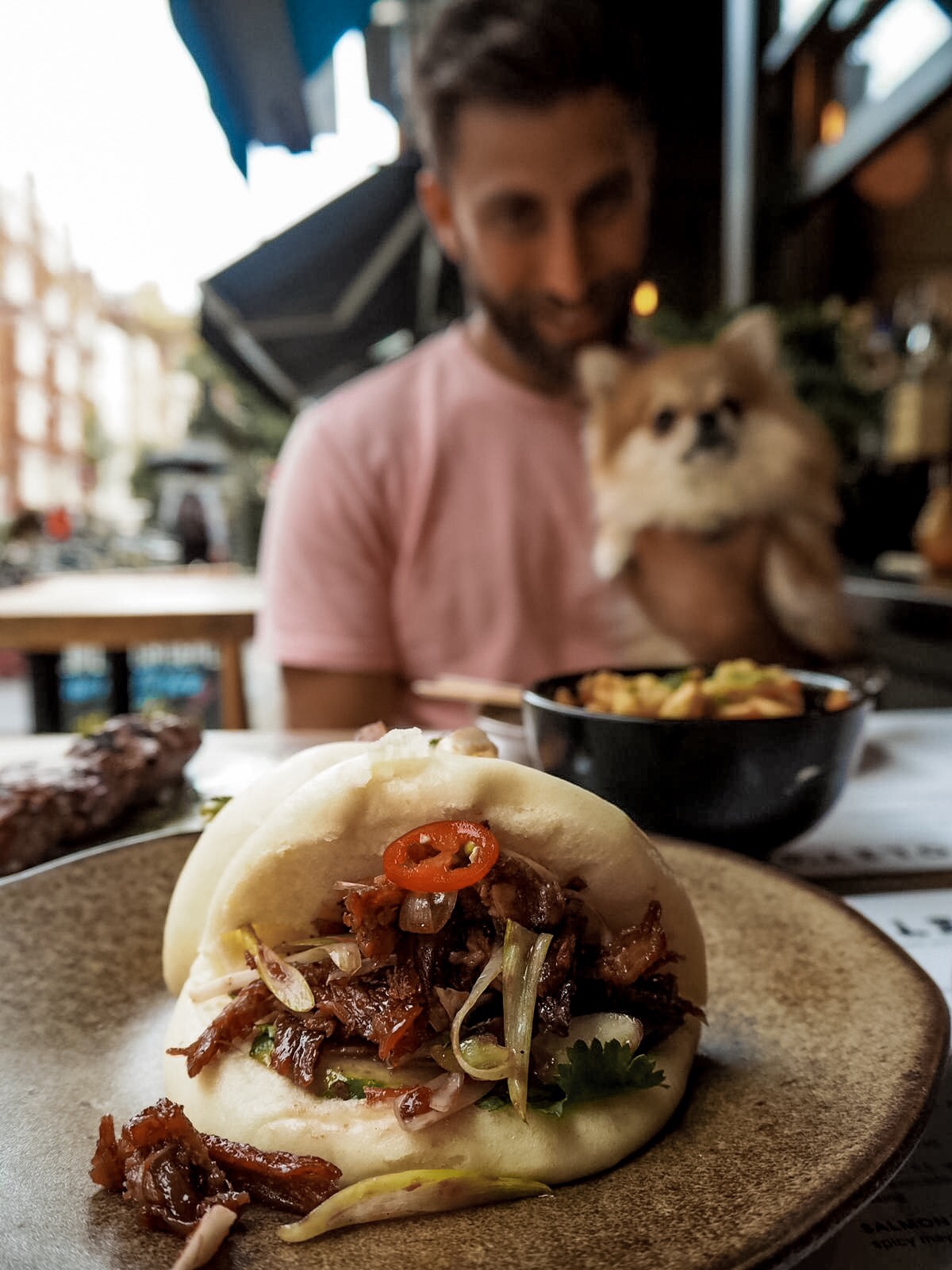 OK we have to have a chat about the calamari. I love calamari but I’ve ordered it so many times, only to be presented with tiny rubber rings so I barely ever order it anymore. But my lord Foley’s calamari is quite honestly the best I’ve ever tasted. Delicious, full of flavour and Dem even tucked in and enjoyed them, which is high praise from a non fish fan!

To give this some context Dem had tried calamari previously which had ended up back in a napkin almost as soon as it entered his mouth, swiftly followed by a large glass of water. So the calamari from Foley’s, A*, 10/10, full marks – make sure you order some! 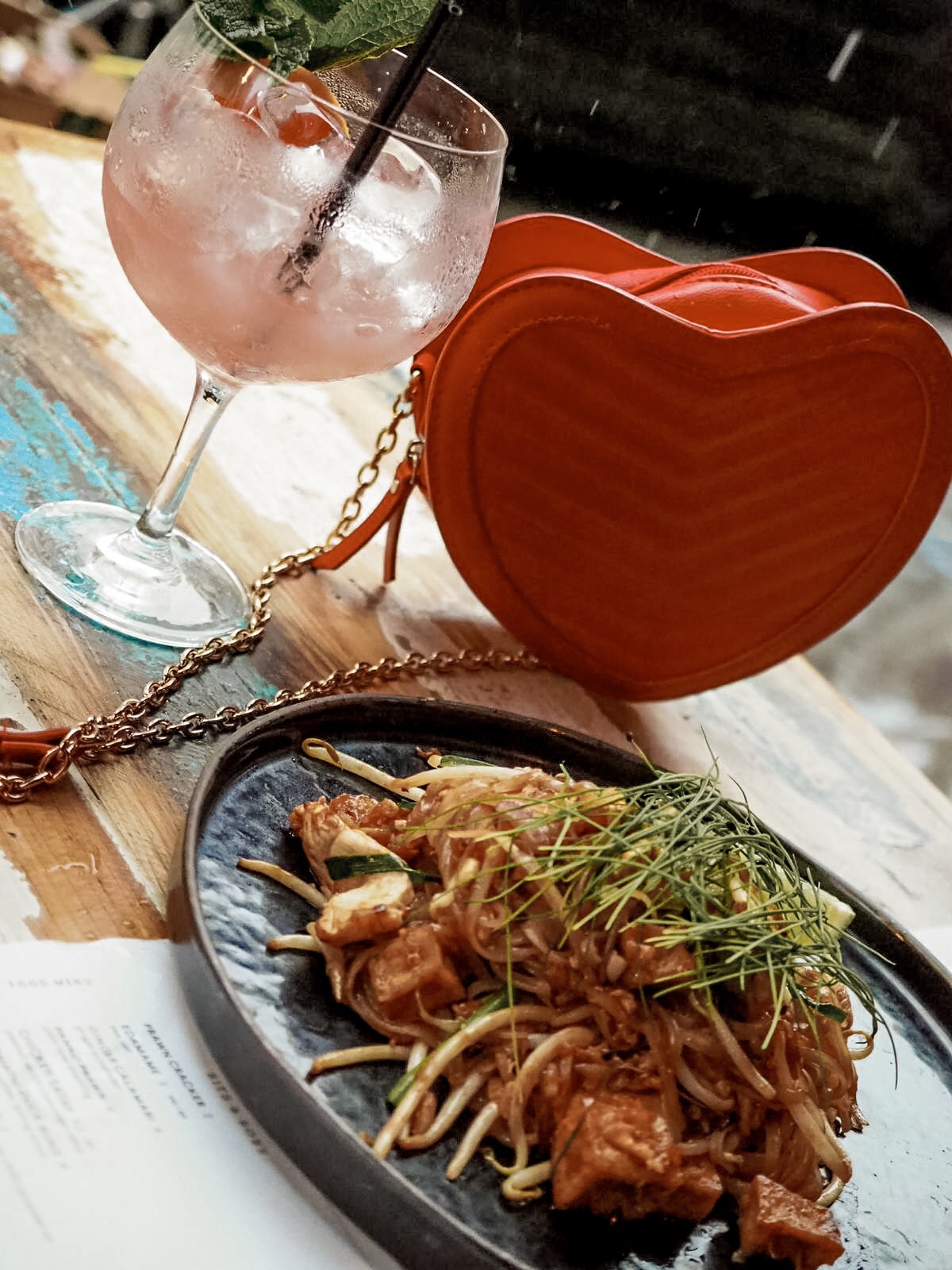 We also ordered some aromatic duck buns which I had to make a hasty start on as Dem had demolished his and was already eyeing up mine! 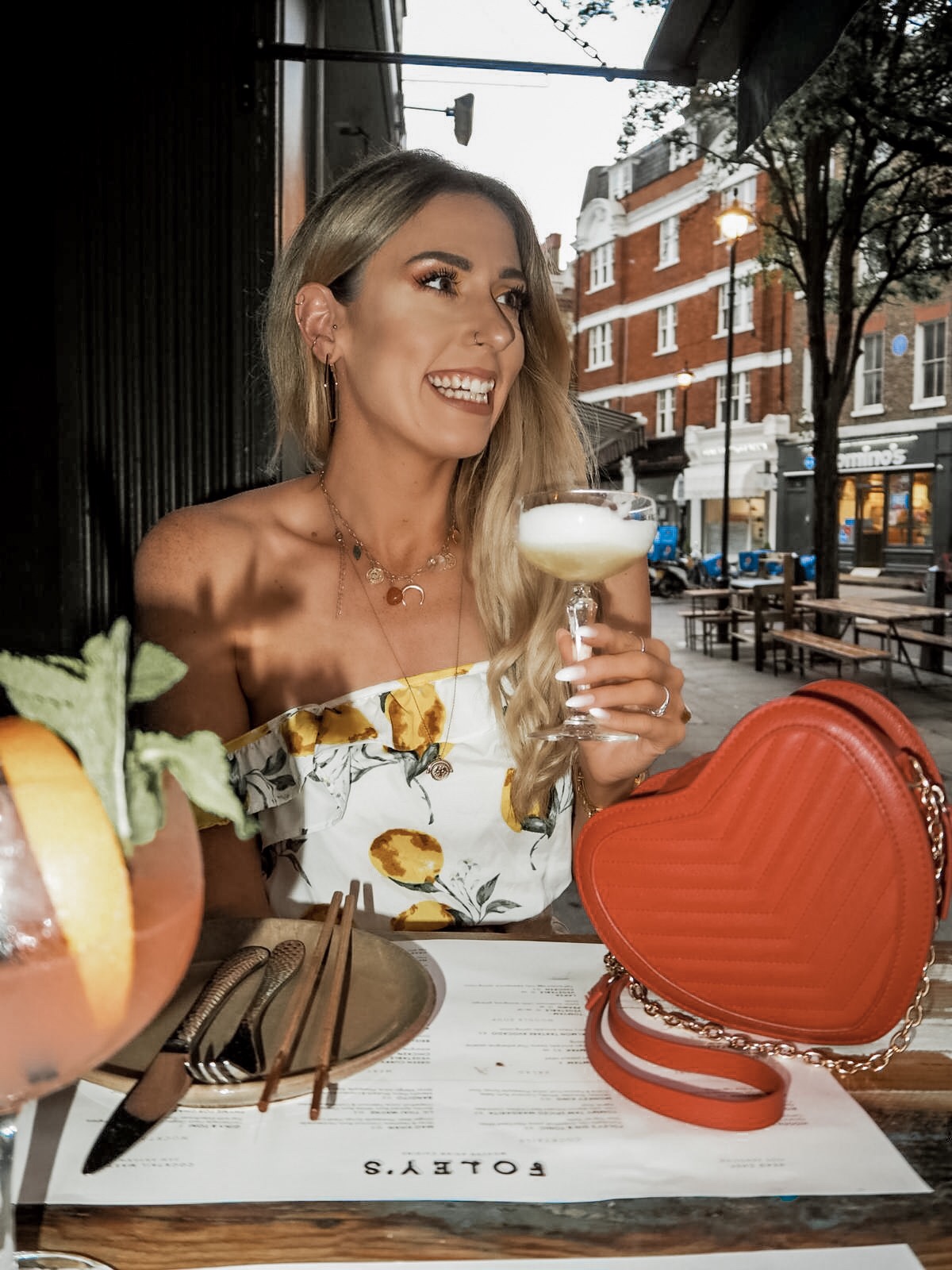 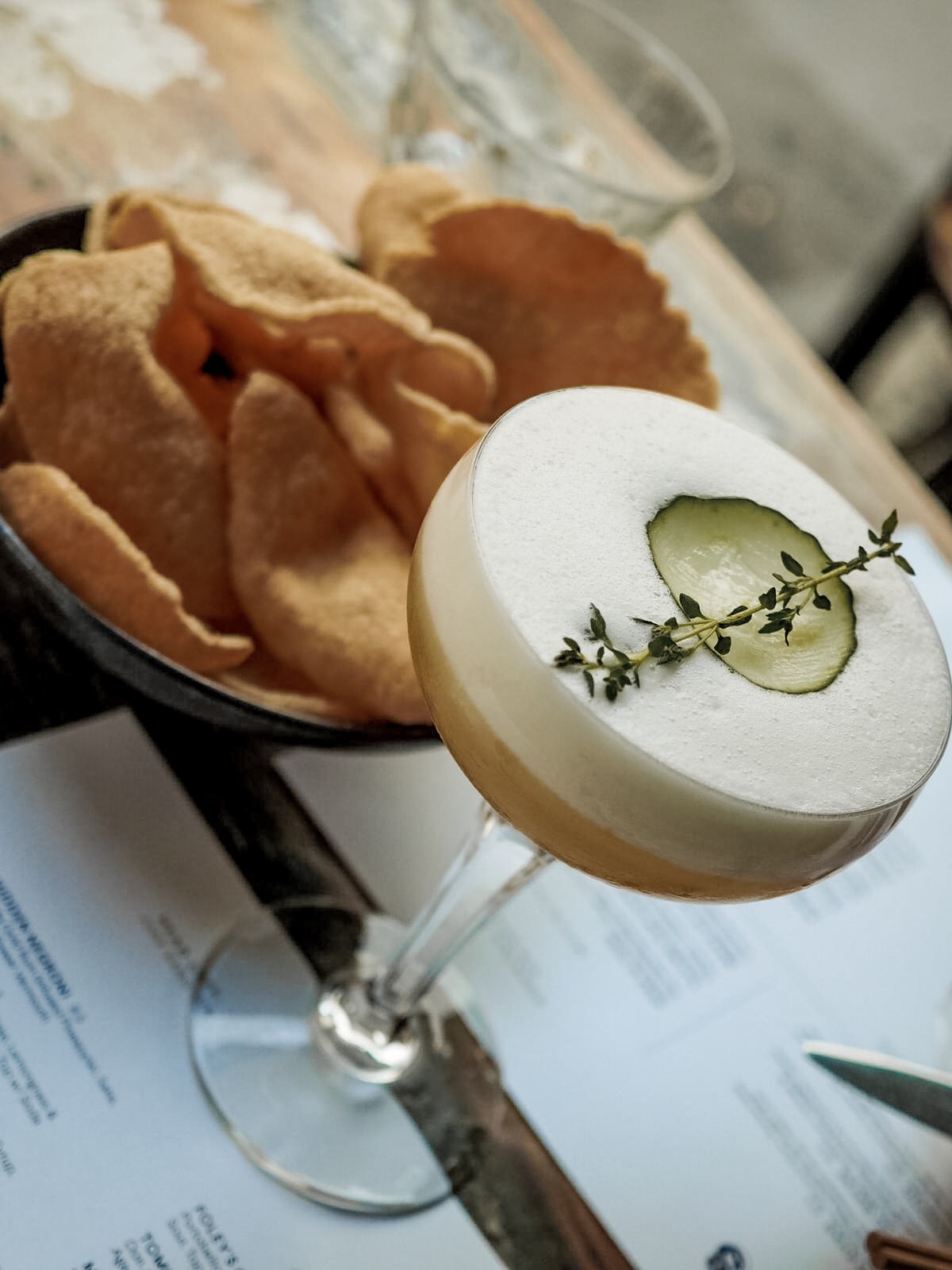 *We were kindly invited to dine at Foley’s restaurant – where we were gifted complimentary drinks and food. But all opinions are my own.